Rivers and Imo States features In The Fight Against Substance Abuse

After influencing thousands of lives around the country with the Lagos phase of the multi-stakeholder drive — the MTN led Anti Substance Abuse Programme has berthed the Eastern part of the drive against drugs in Rivers and the Imo States.

Among various stakeholders such as Christ Against Drug Abuse Ministry (CADAM), Federation of Muslim Women’s Associations in Nigeria (FOMWAN), the Police, National Drug Law Enforcement Agency (NDLEA), Association of Community Pharmacists; etc., partnering on the initiative, the ASAP campaign has begun making a much-expected impact on the target audience.

Since Monday, May 6, 2019, various locations around the Treasure Base and Eastern Heartland of Nigeria have observed the ministrations of the specially skilled team of experts whose primary focus is to spread awareness about the increasing menace of substance abuse among young Nigerians (ages 10–24), share the mitigating measures available and ensuring a nation of young torch bearers and advocates for a drug free country. 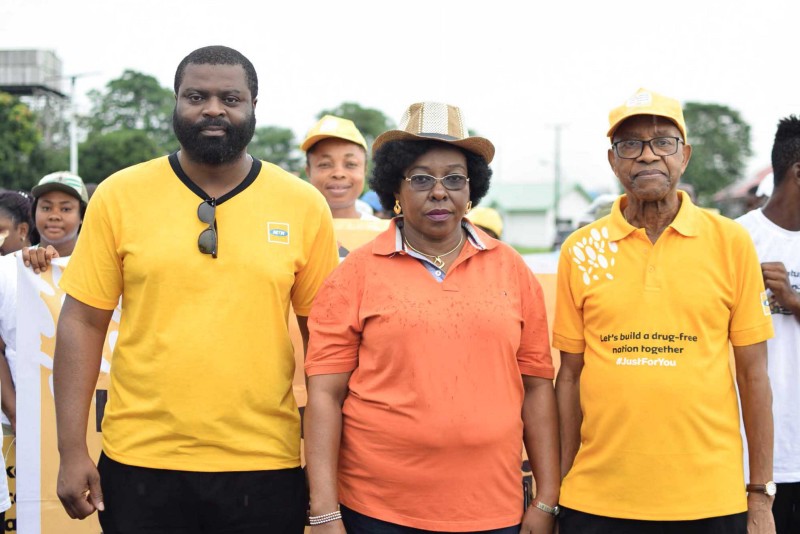 Using the native dialect, passersby, motorists and traders in areas such as the Oyigbo Mass Market, Abuloma Main Market, Choba Main Park (Port Harcourt), Orlu, Egbu, Douglas Motorparks (Owerri), and its environs were sensitized on the escalating issue of substance abuse. Many expressed shock at the numerous substances being abused in recent times.

Nonny Ugboma, Executive Secretary, MTN Foundation expressed the urgency in reaching young ones across the country; “We all bear an unshakable burden and sense of responsibility towards every young Nigerian. We cannot stand by as these ones become victims of any form of substance abuse then fold our arms despondently. This is the time to act and act swiftly too. It is for this same reason that various stakeholders from multiple organizations have come together to partner in this call to action and I strongly believe that with everyone’s support, with every input whether on social media or in the field, with every encouragement we will combat this successfully. We do not have a choice.”

The ASAP activities in each state culminate in the Walk as plans have been finalized for the team to earnestly begin activities in Abuja. The much-discussed National Conference is still scheduled for June at the Federal Capital Territory (FCT).

After two years of studying music from some of the country’s finest teachers, the 2020 graduating set of the Musical Society of Nigeria’s (MUSON)...
Read more