The new GLB is a versatile SUV with powerful proportions, short overhangs and an off-road-oriented design, as well as optional 4MATIC all-wheel drive. The GLB also serves as a spacious family car that offers even more flexibility as the first Mercedes-Benz in this segment available as a seven-seater. Powerful and efficient four-cylinder engines paired with the latest driving assistance systems, and the intuitively operable infotainment system MBUX, help to equip this new family member (length/width/height:182/72/65 inches1) with all the strengths of the current generation Mercedes-Benz compact-class. The all-new 2020 Mercedes-Benz GLB will celebrate its World Premiere in Utah in June and will go on sale in the U.S. by the end of the year. 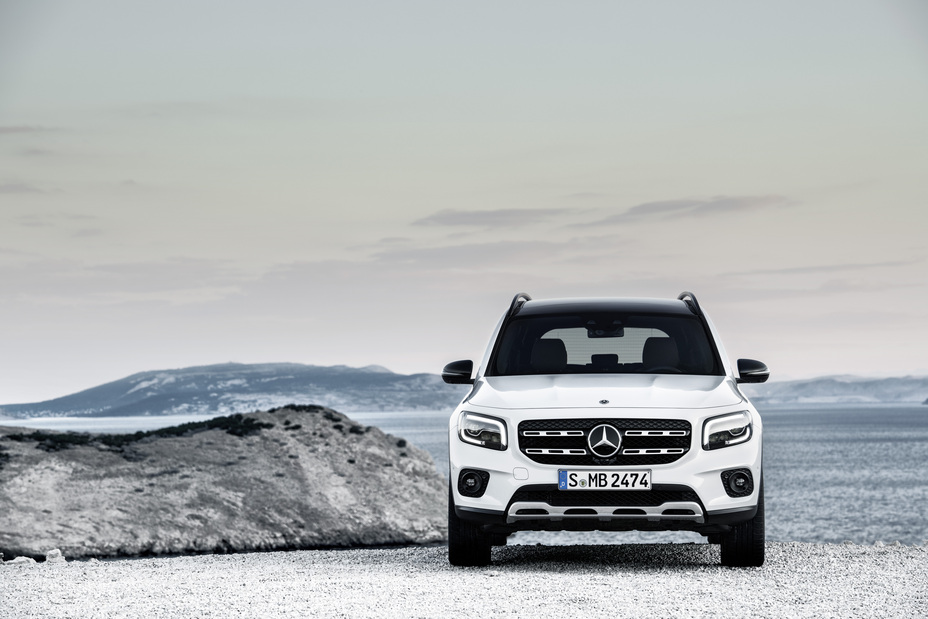 At 111.4 inches, the GLB’s wheelbase is 5.1 inches longer than the GLA and 1.7 inches shorter than the GLC SUV. The headroom in the first seat row is 41 inches, and the effective legroom in the rear measures at 38 inches, making the five-seater an exceptionally comfortable ride. 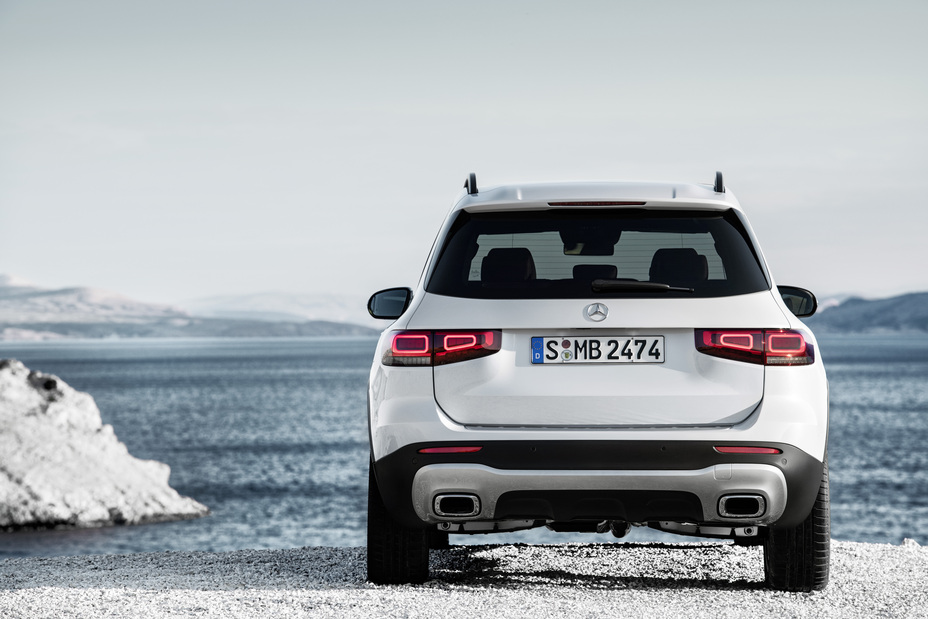 Success story: the eighth model in the compact car family

Globally, one in three Mercedes-Benz cars is now an SUV, and one in four a compact model. A compact SUV like the GLB, therefore, combines all the success factors of the company’s highest-volume segments. 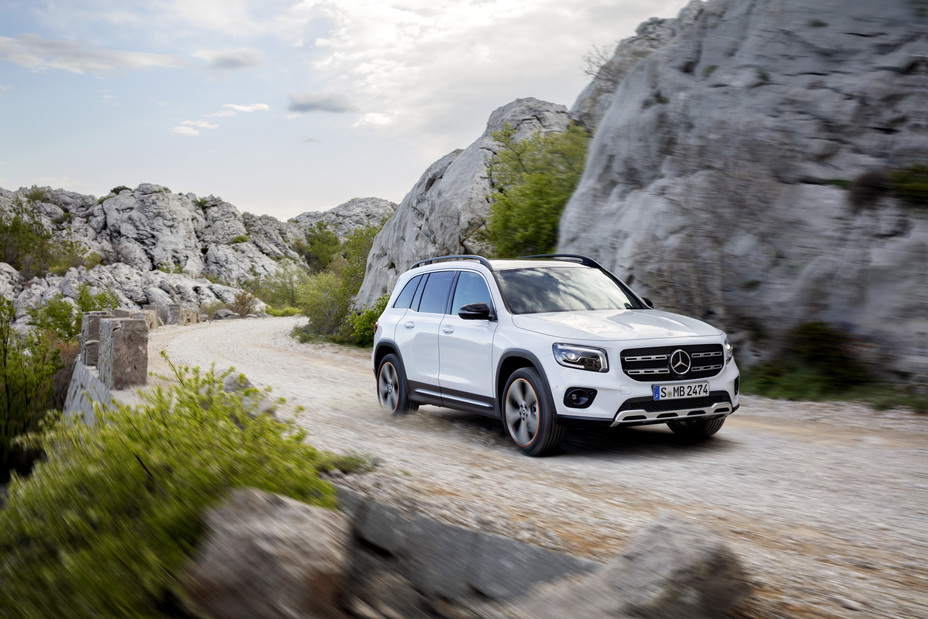 With the new GLB, the global compact car family from Mercedes-Benz now consists of eight models: the A-Class, A-Class Sedan and long-wheelbase A- Class Sedan, B-Class, CLA Coupe, CLA Wagon and the GLA are already on the market. In 2018 over 609,000 customers all over the world were able to take delivery of a compact model. Since the A-Class was launched in 1997, over 6.5 million vehicles from this segment have been sold worldwide by Mercedes- Benz. In the U.S, market the GLB will join the compact car family that currently includes the A-Class Sedan, the CLA Coupe and the GLA. 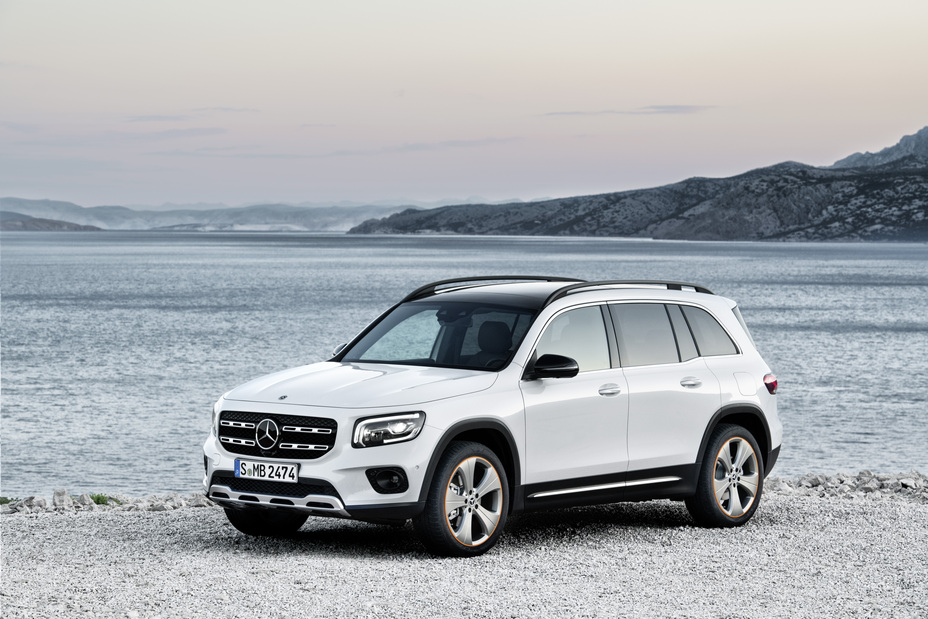 Ready for boarding: up to seven seats

The GLB is the first compact vehicle from Mercedes-Benz to offer an optional third row with two additional seats. The extensive safety equipment includes retractable headrests, seat belts with belt tensioners, and a side window airbag, which also protects the passengers in the third seat row. Additionally, the GLB supplies ISOFIX and TOP-Tether anchorages for suitable child seats, and these can be used to attach up to four child seats in the rear. 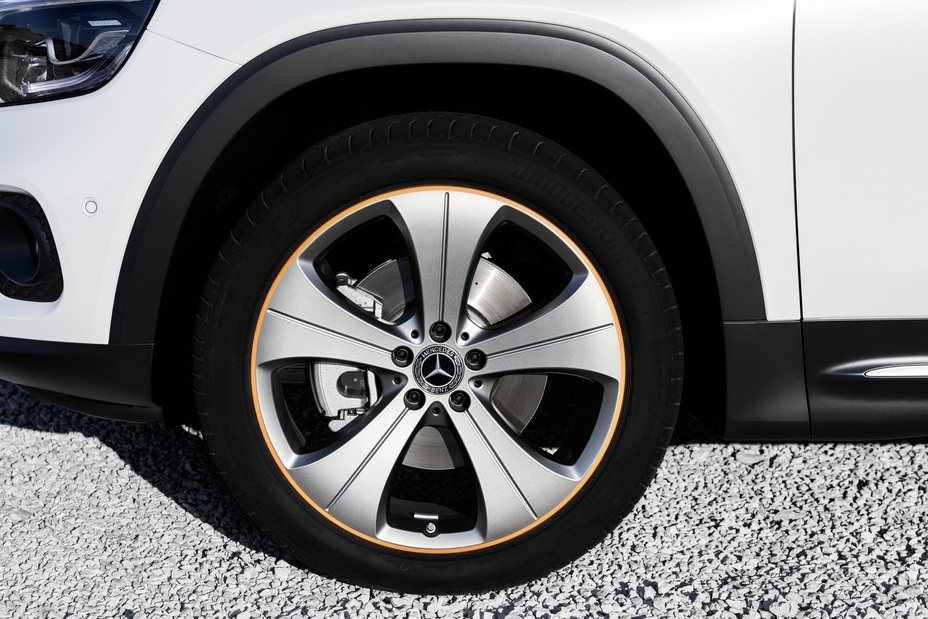 The variability in detail:

The powerful proportions of the GLB underscore its off-road design. The surfaces of the forms are emphasized, while lines are minimized and the seams are executed with high precision. The upright front section with its striking headlamps is clear evidence of off-road genes, as are the short overhangs at the front and rear.

The muscular vehicle shoulder dominates the side view at the height of the C- pillar, an effect reinforced by the rising waistline. The doors reach over the sidebar, improving ease of access while keeping the door openings free of dirt, as well as increasing protection in the event of a side impact. All-around protective claddings divide the overall proportions and emphasize the vehicle’s off-road character, as do the optical underride guard at the front and rear. 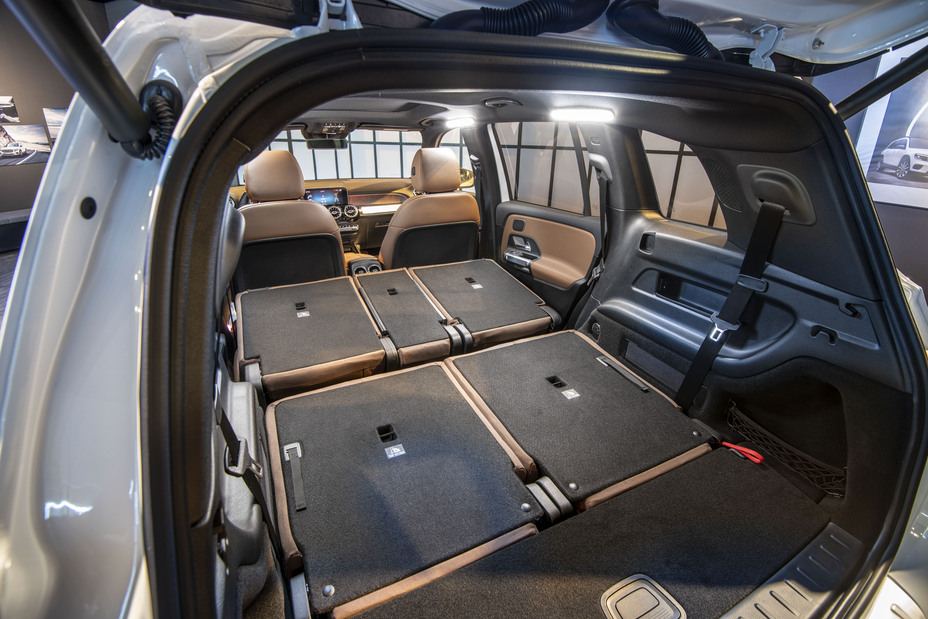 With aluminium details: the interior design

The instrument panel consists of a single piece, which has optical cutouts in the driver and front passenger area. There is a widescreen cockpit facing the driver while the functions and displays are controlled via MBUX (Mercedes- Benz User Experience). A new feature is the off-road tubular element in an aluminium look, which rounds off the lower section of the instrument panel and houses the three round centre air vents. These give the dashboard support and create an impression of robustness, power and a certain element of fun. Below the air vents are the air conditioning control panel, whose buttons create the impression that they have been milled from a solid aluminium cylinder.

The robust character of the interior continues in the centre console. Tubular elements in a machined look lend strength to the design of the components and controls. Along with the doors, the SUV character is accentuated by its horizontal grab handles as part of the standard design and equipment line, this forms a robust part of the door panel structure, resembling a modified aluminium tube.

Elegant, sporty and luxurious: in the history of the Mercedes-Benz E-Class, this is personified by the two-door coupe and cabriolet variants. These vehicles combine...
Read more

A successful gradual restart of production at the Mercedes-Benz plants in Untertürkheim, Berlin, Hamburg, Sindelfingen and Bremen after the suspension of production and...
Read more