Promasidor Nigeria Limited in conjunction with Supa Strikas to compensate consumers in its Cowbell Chocolate Get Up N Goal promo, with amazing bonuses to be gained throughout this football season.

The GetUp N Goal promo which commenced on Monday, June 10 and will run till Friday, September 13, 2019, was launched by Cowbell Chocolate which has a proprietary blend of Vitarich plus iron that enables active lifestyle suitable for children and young adults.

Supa Strikas is a football-themed comic and cartoon television (TV) series that enjoys large following among kids and young adults across the country. 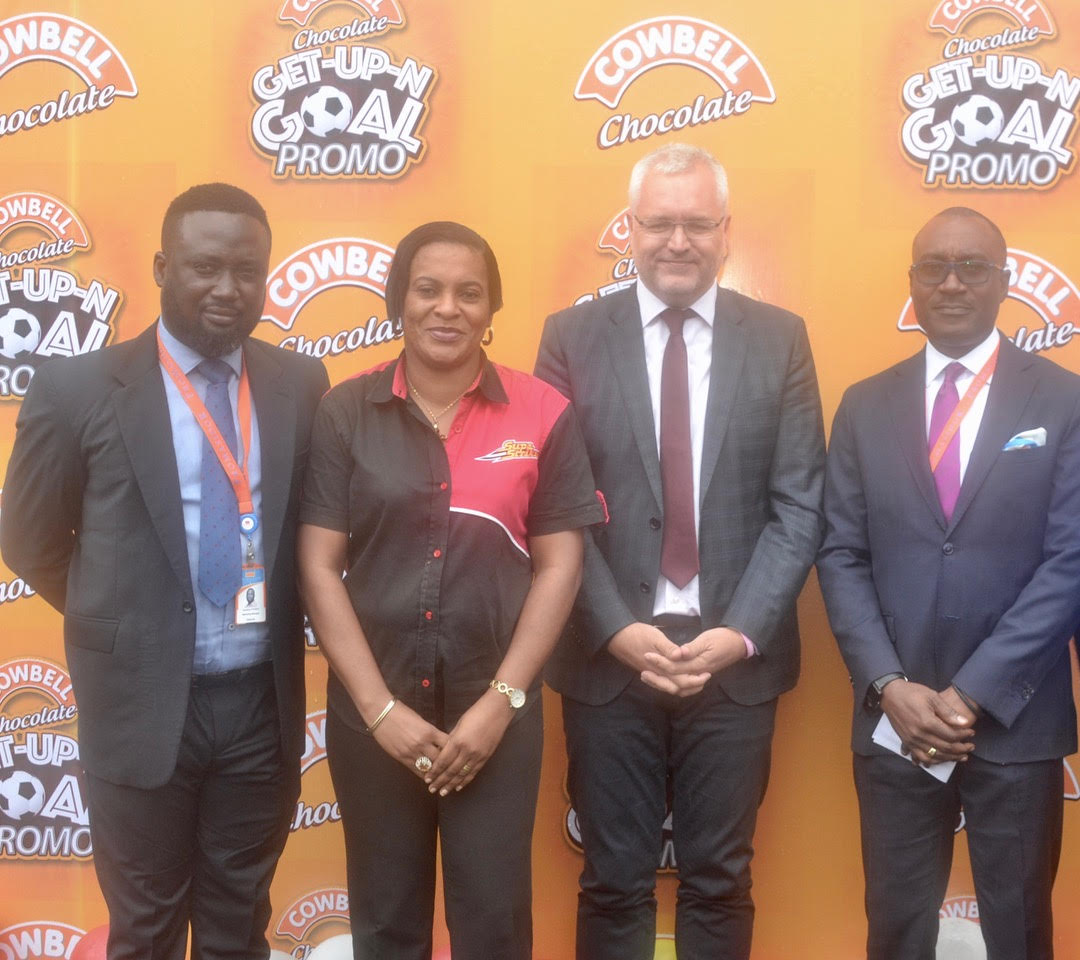 Speaking at the launch, the Managing Director of Promasidor Nigeria Limited, Anders Einarsson said the combination of an active lifestyle driven by Cowbell Chocolate and a football-loving culture of kids and young adults has impacted positively on the brand since 2017 when the partnership with Supa Strikas started.

He said that this gives the brand exclusive rights to the Supa Strikas franchise, which is the comic book and cartoon TV series, and its assets in various packaging designs.

Einarsson stated that the promo is themed Get Up N Goal because kids and young adults need the required energy to go about their activities like Supa Strikas in football, hence the collaboration to reward the target groups through a nutritional brand that has the vitamins and minerals they need. 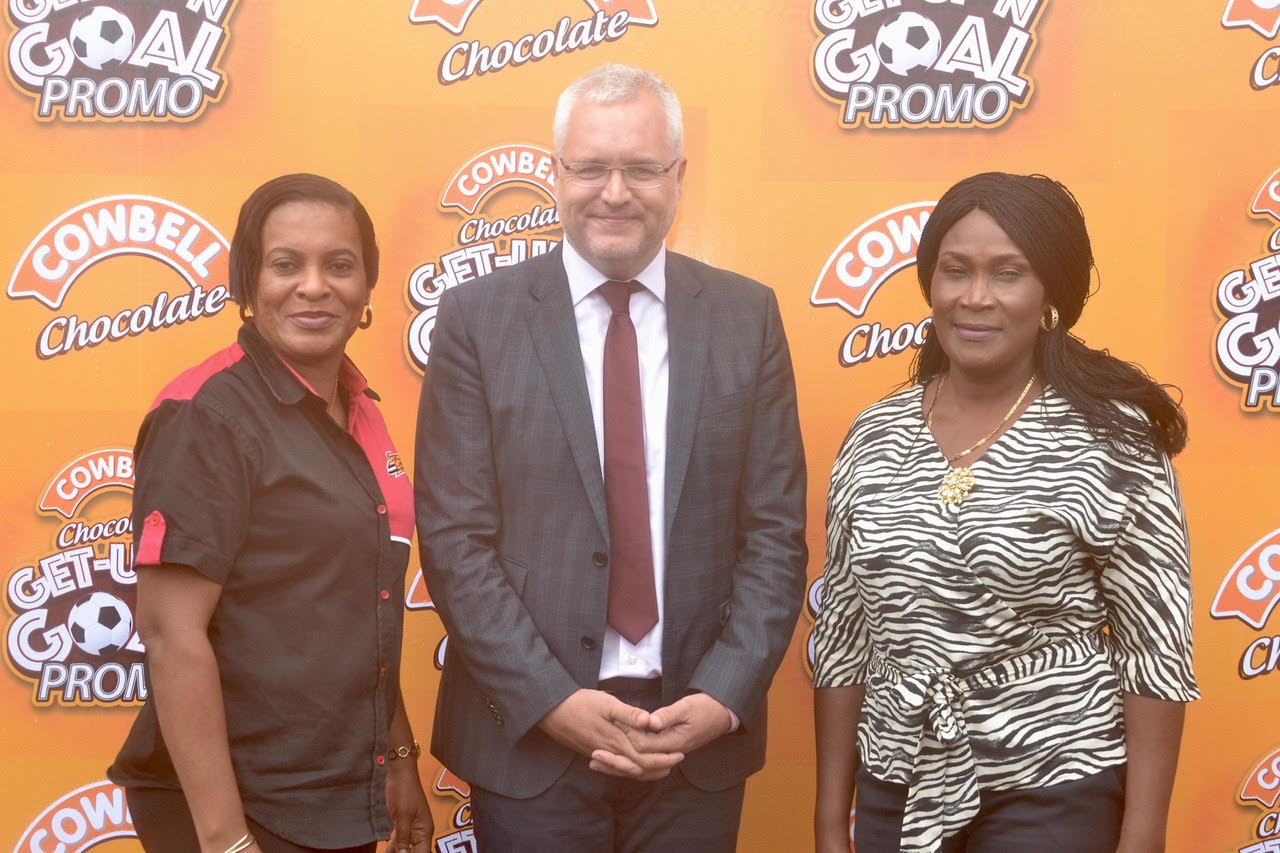 To participate in the promo, consumers are to collect nine 20g sachets of the Cowbell Chocolate Supa Strikas themed packaging, each having a unique character, submit them at any of the 190 redemption centres across the country and stand a chance of winning any of the amazing prizes on offer.

According to Einarsson, prizes to be won include the latest Sony Play Station 4 Console System along with a Virtual Reality Headset, Supa Strikas Jerseys, Soccer Boots, Footballs and many other consolation items.

Also, participants who are not able to submit nine unique characters can redeem as many empty sachets of Supa Strikas themed Cowbell Chocolate 20g packs to get free products

This can be done by submitting 20 empty sachets of Cowbell Chocolate 20g Supa strike themed packs with five unique Supa Strikas characters to get one filled Cowbell 20g sachet free. “This will ensure that every participant in the promotion stands a chance of winning a prize including free product packs,” the Promasidor MD affirmed.

In his remarks, the Marketing Manager of Promasidor Nigeria Limited, Abiodun Ayodeji announced that the promotion is endorsed by the Federal Competition and Consumer. 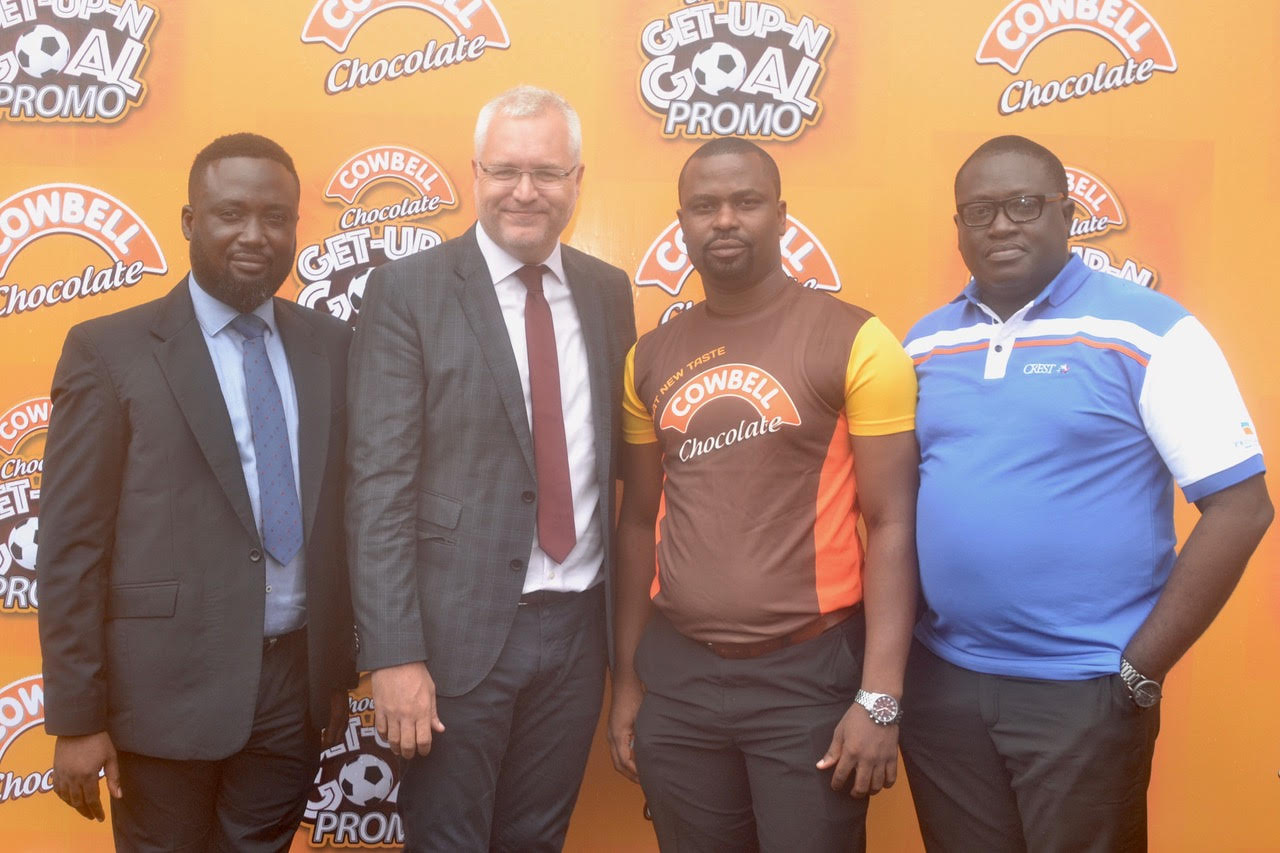 Protection Council (FCCPC), and there are 190 (one hundred and ninety) redemptions centres strategically located across the states of the federation for easy access and prize collection.

Ayodeji said that the promo shows that Promasidor cares for its consumers and has demonstrated that through its nutritional brand, Cowbell Chocolate, which contains Vitarich plus iron with a blend of 28 vitamins and minerals that enables consumers, especially children to Get Up N Go.

The Marketing Manager further said that there would be roadshows across the country to sensitise the public about the promotion, the ease of participation and redemption of prizes.

Attesting to its credibility, the Head, Lagos Office of the FCCPC, Susie Onwuka, pointed out that the Council endorsed the promo as it has fulfilled all requirements. She said it is transparent since it would be monitored by dedicated personnel of the company, with a large number of redemption centres across the country.

Promasidor, the maker of top quality products such as Cowbell Milk, Cowbell Chocolate, Cowbell Coffee, Loya Milk, Miksi Milk, Top Tea, Onga Seasoning, Sunvita Cereals and others, has been at the forefront of promoting youth development through various initiatives.