Note: “Positive impact of our model roll-out is clear”

BMW Group sales continued their positive trend in June: worldwide deliveries were up 0.7% on the same month last year, with a total of 240,674 premium BMW, MINI and Rolls-Royce vehicles sold. This brings the company’s total sales for the year to date to 1,252,837 (+0.8%), the first time the company has sold more than 1.25 million vehicles in the first half of the year. This sales growth was achieved despite ongoing volatility in several markets around the world. 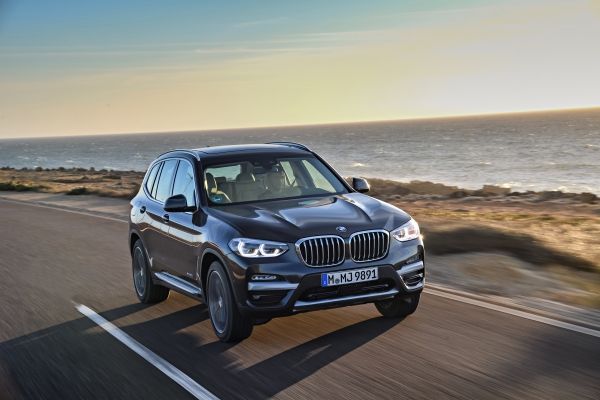 “Our model rollout is clearly having a positive impact on our sales result, with our exciting new vehicles getting very positive feedback from customers. In the first half year, we were able to counter the trend and grow sales above market, thereby gaining further market share,” said Pieter Nota, member of the BMW AG Board of Management responsible for Customer, Brands and Sales. “For the first time ever, we have delivered more than 1.25 million vehicles in the first half of the year. Our new X family vehicles are more popular than ever, with sales up 23.1% compared to the first half of last year. And as we saw at our #NEXTGen event in June, where we celebrated six innovative world premieres, there is plenty more to come.”

Overall sales of BMW brand vehicles grew by 1.4% in June, with a total of 203,523 delivered to customers worldwide in the month. That result brings the brand’s sales total for the first half of the year to 1,075,959 / +1.6%. Both figures represent new record highs for the brand. The new or revised BMW X vehicles continue to be the brand’s biggest growth drivers, with global sales of the BMW X2 up 19.1% in June, while sales of the BMW X3 rose by 66.6%. Deliveries of the BMW X4 increased by 70.8%. Less than three months after market launch, a total of 13,555 luxury BMW X7 vehicles have already been delivered to customers around the world. In the first half of the year, a total of 467,134 BMW X vehicles were delivered to customers worldwide, accounting for 43.4% of the brand’s overall sales; that figure was just 35.8% in the same period last year.

June was an exciting month for BMW Group electrified vehicles, with the announcement that the company will have 25 electrified models on the market by 2023, a full two years ahead of schedule. More than half of these will be fully electric. At the company’s future-focussed #NEXTGen event, it was also announced that in 2021, sales of BMW Group electrified vehicles are expected to be double that in 2019. BMW i sales increased by 22.0% in the first half of the year, with demand for the BMW i3 increasing by 21.2% in the same period. Sales of the BMW 5 Series plug-in hybrid models increased by 43.4% in the first half-year, while deliveries of the plug-in hybrid MINI Cooper SE Countryman ALL4* rose by 55.8%.

Building on that success was the announcement at yesterday’s first showing of the MINI ELECTRIC* that over 40,000 customers have already registered interest in the car, which goes into production in Plant Oxford in November. Meanwhile, in an extremely competitive segment, and with the company maintaining its focus on profitability, MINIbrand sales in the first half of the year decreased slightly. Deliveries in the year to date totalled 174.344 (‑3.9%) while sales in June decreased by 3.5% to 36,645.

Read Also:  The Rise And Fall of Online Retail in Nigeria

Strong sales growth continued at Rolls-Royce, with a total of 2,534 Rolls-Royce motor cars delivered to customers across the globe (+42.3%) in the first half of the year. Growth was seen in every region worldwide, with sustained demand for all model families. Exceptional customer demand for Cullinan continues, resulting in a strong order book, already stretching into the first quarter of 2020. The marque remains on track for a strong year in 2019.

BMW Motorrad sales continue to grow strongly, with year-to-date deliveries up 7.1% (93,188). In June, a total of 18,230 (+7.4%) premium BMW Motorrad motorcycles and maxi scooters were delivered to customers around the world.

BMW sales in the regions/markets

Despite the various headwinds currently affecting the automotive industry, in June BMW once again achieved increased sales in all three of its biggest markets. The brand continued to buck the trend in the USA, achieving growth of 7.5% in the month, while strong growth of +21.8% was achieved in Mainland China. Despite a decline in the premium market in Germany in June, deliveries of BMW vehicles were up 0.5% in the month.

While the global market environment looks set to remain highly competitive and volatile, the BMW Group expects to achieve an increase in sales in 2019. The company continues to follow its strategy of prioritising profitability before volume.

Daimler AG’s Market Cap Jumped by €9B YoY, BMW and Volkswagen Group Down by €8bn

The COVID-19 crisis has had a severe impact on the German auto industry, causing massive revenue and market cap drops to companies operating in...
Read more

The BMW Group once again confirmed its position as the world’s leading premium automotive manufacturer last year, with a total of 2,324,809 BMW, MINI...
Read more

Rolls-Royce has signed an innovative contract with the UK Space Agency for a study into future nuclear power options for space exploration. This first...
Read more

More than one million subscribers access the premium carmaker’s diverse video offering – Engaging online coverage of #NEXTGen 2020 adds to its popularity. Out on...
Read more
- Advertisement -