Star actor and producer, Ali Nuhu Mohammed, has encouraged secondary school students to focus on their future dreams and not be distracted, particularly as they take a decision on their career choices.

Nuhu, who featured at the Kaduna edition of Promasidor Harness Your Dream, a corporate social responsibility project of Promasidor Nigeria Limited held recently, told the students at the event to embrace education first before any other pursuit. “Without a solid education, you can hardly achieve anything,” he counselled.

He said the students should consider themselves lucky to have an organisation like Promasidor show commitment to youth development through the programme. “You must understand the importance of education and not allow this opportunity of career guidance to go wasted. When I was like you, I never had the opportunity for career guidance,” he told the students, who became excited as he stepped into the hall. 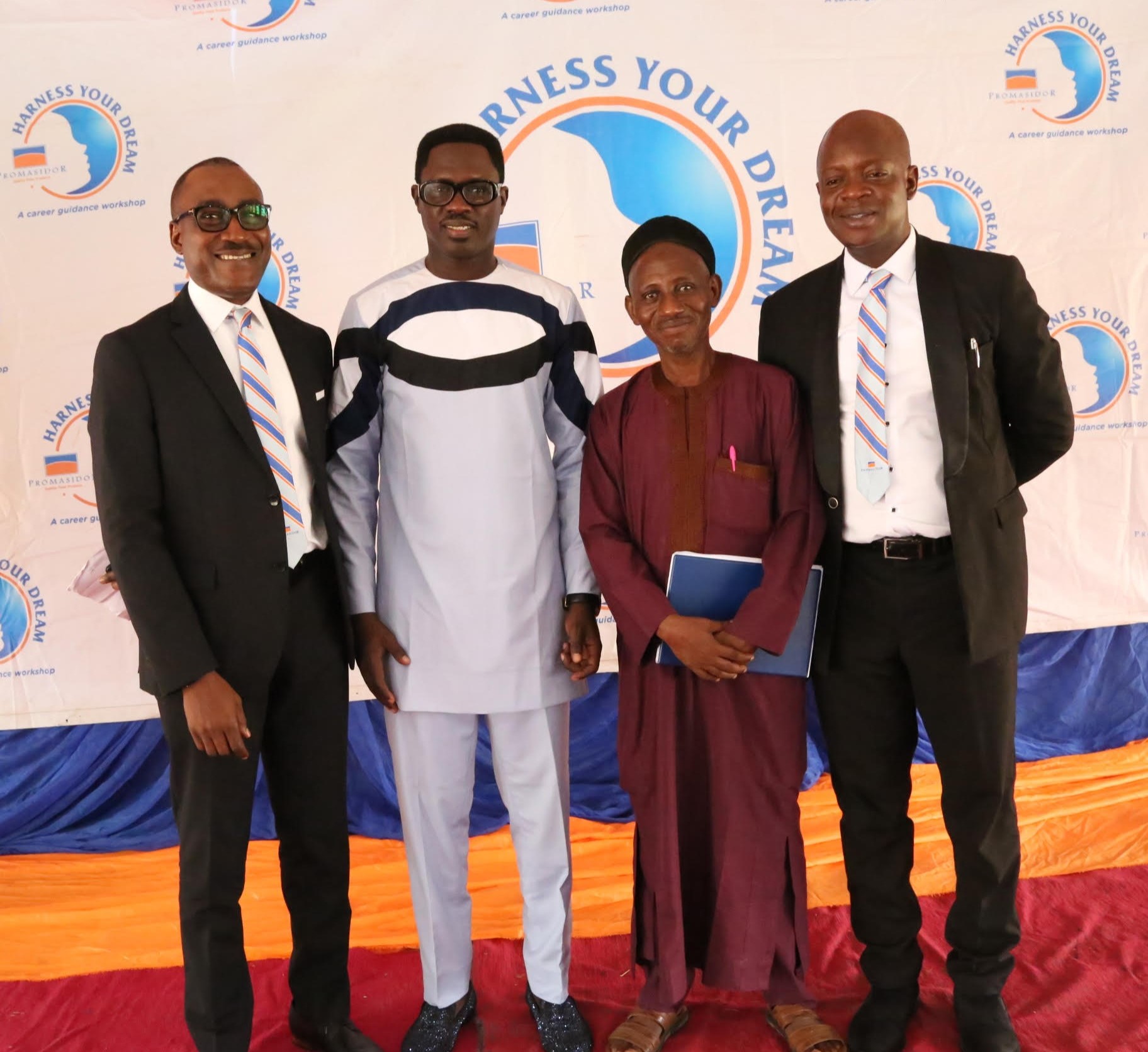 Nuhu, who holds BA Geography from the University of Jos, said that parents should support their children in the careers they had flair for, explaining that his mother encouraged him and convinced his father when he decided to go into the movie industry.

Earlier, the Kaduna State Government had praised Promasidor Nigeria Limited for conceiving the project and bringing it to the state. 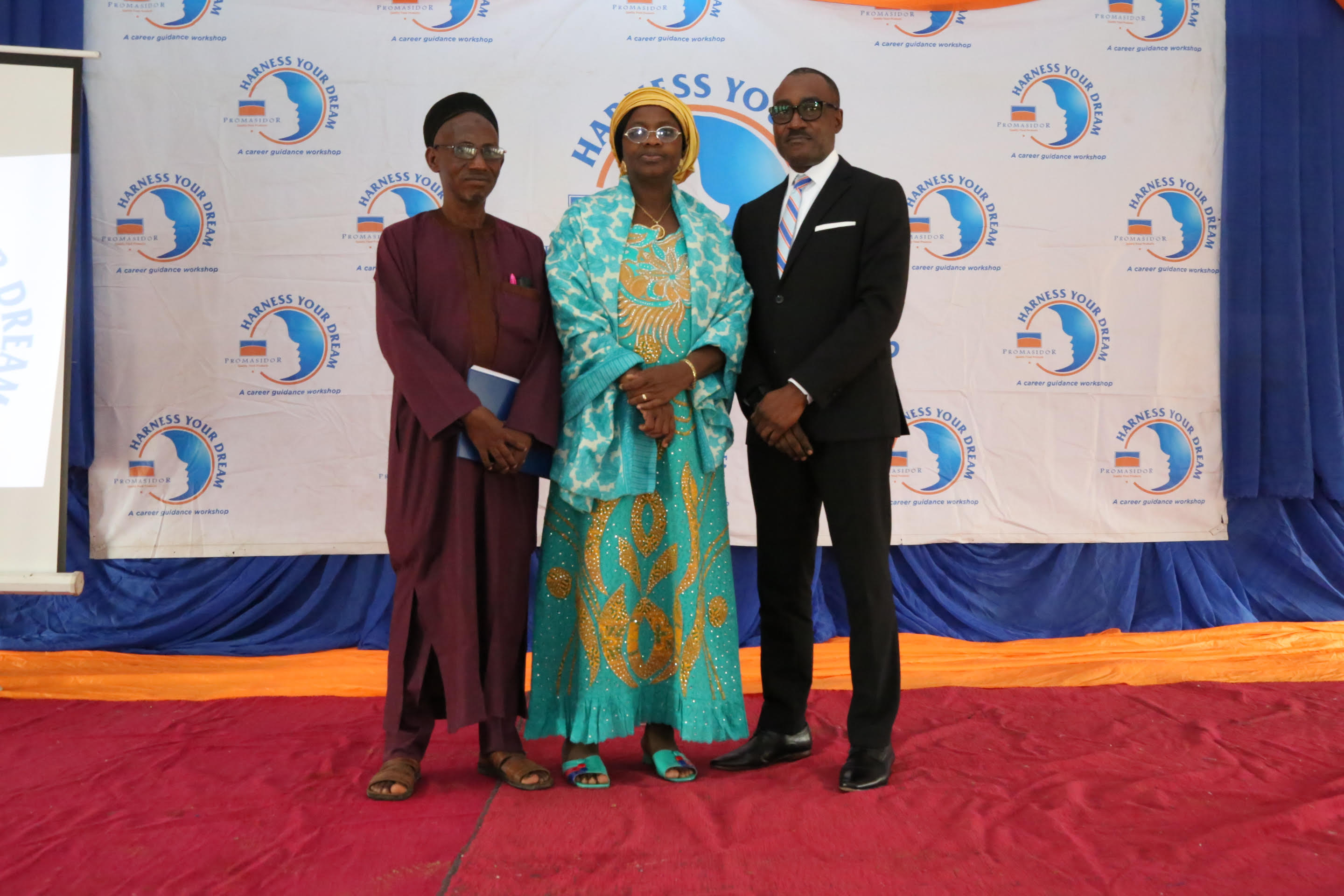 Addressing the students and other stakeholders at Sardauna Memorial College in Kawo New Extension, venue of the event, the Permanent Secretary of the state Ministry of Education, Mrs Kande Nana Bage described Promasidor Harness Your Dream as “an excellent programme.”

“I thank Promasidor for choosing Kaduna State to be part of this programme. I feel highly delighted that Kaduna is the sixth state where this initiative is being held,” the Permanent Secretary further said, as she turned her attention to the students: “I encourage you to make good use of this opportunity. If you allow such an opportunity to slip off your hand, you may not get it again. Work hard so that you will excel in future,” she further said.

The Permanent Secretary, who led her team from the Ministry and the State Universal Basic Education Commission, urged other corporate organisations to join Promasidor in developing the youth in their education and talent growth. “Other corporate organisations should follow the example of Promasidor as this kind of initiative will further boost the interest of the students in schooling,” she admonished.

In his remarks, Promasidor’s Head of Legal and Corporate Communications, Mr Andrew Enahoro recalled that the career development initiative has been held in five other locations and that other states would soon benefit from the pan-Nigeria project. From Lagos in November 2017, Promasidor Harness Your Dream has taken place in Ogun, Enugu, Cross River and Kaduna State as well as the Federal Capital Territory, Abuja. One edition of the project is held in every school term with professionals from Promasidor sharing hands-on knowledge to guide the students in choosing their future careers.

The facilitators in Kaduna were Abolade Liyide, Olasunbo Amusan, Michael Nwughala and Andrew Enahoro, all staff of Promasidor Nigeria Limited. They made presentations on Personnel Management and Emerging Entrepreneurial Opportunities; Information and Communication Technology; Accounting and Business Management; and Digital Marketing.

Enahoro said that Promasidor Harness Your Dream has provided the company with the opportunity to give back under its CSR strategy, which covers mentorship and empowerment. “We try to let these children know how to make the right career choices as they go on in life. For each of the key subjects being taught at the programme, we bring from our Lagos headquarters professionals to impact hands-on knowledge on the students,” he explained.

The Promasidor spokesman said the initiative focuses on students in Junior Secondary School 3 as it has been designed to aid them to make proper career choices that relate to their talents, attitude and dreams as they prepare to conclude their career focus in the senior classes.

In a thrilling, but energy-sapping mental duel last weekend, representatives of Lagos and Ogun States shrugged off all challenges to emerge victorious in the...
Read more
- Advertisement -