As part of its efforts to combat the perennial flooding problems ravaging various parts of Ondo State, the State Government, under the administration of Arakunrin Oluwarotimi Akeredolu, SAN, has acquired the brand new latest model of Amphibious Excavator (CAT 320D2).

Governor Akeredolu said the Amphibious Excavator is required in the state for dredging and clearing of waterways, as well as for temporary channelisation in the state.

Speaking during the commissioning of the Amphibious Excavator on Tuesday, Arakunrin Akeredolu said due to its geographical location, the state is prone to flooding, especially during the rainy season. 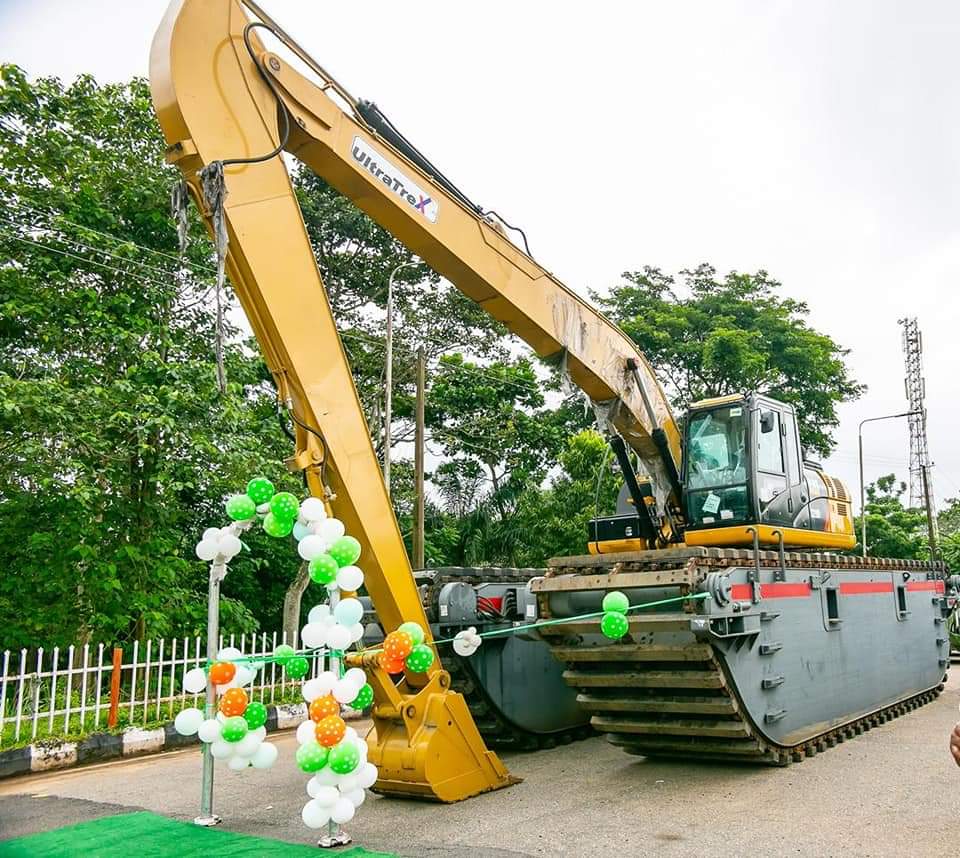 The Governor explained that flooding often leads to loss of lives and properties and also stalls movement during the rainy season, with high incidence in Akure, Owo, Ondo, Ikare, Ore, Igbokoda, Okitipupa and other urban centres, all with dire implications on the socio-economic activities of the people.

He said: ” It’s anticipated that this will no longer be a problem as the Amphibious Excavator (Swamp buggy) would be used to combat perennial flooding problems ravaging various parts of the state.”

The Governor said it became imperative to procure the Amphibious Excavator following the need to replace the old and faulty one acquired in 2015, which was no longer in good working condition to tackle the challenges encountered across the State.

According to Arakunrin Akeredolu, it is also necessary for the state to get prepared, in view of the Nigerian Metrological Agency (NiMet) forecast of intensive rains across the state this year.

He described the gesture as a testament of his administration’s commitment to the well-being and safety of the good people of the state while urging the ministry in-charge to see to its good use and maintenance.

Consequent upon our mandate to assist Local governments in collecting their revenues and disbursing accordingly, Ondo State Internal Revenue Service remitted the sum of...
Read more

Without mincing words, the last son of the first Head of Service and Secretary to the State Government of old Ondo State, Babatunde Iwajomo,...
Read more

The Governor of Ekiti State, Dr Kayode Fayemi, has called on women to utilize the opportunity of their participation in economic and political activities...
Read more
- Advertisement -