Three decades since its debut, the iconic MX-5 Miata is still catching the attention of enthusiasts from around the globe. In February 2019, Mazda announced that a limited run of 3,000 Mazda MX-5 Miata 30th Anniversary models would be produced for worldwide distribution. With a limited allotment coming to the United States, fans quickly placed their pre-orders hoping to own a piece of history for themselves. As proud as Mazda is to debut the 2019 Mazda MX-5 Miata 30th Anniversary, it is even more exciting to see fans enjoying them on the roads and in their driveways.

One of those passionate fans securing a celebratory roadster is Gerald Blum of St. Petersburg, Florida. Mazda North American Operations was pleased to welcome Blum to Tyrone Square Mazda in St. Petersburg, Florida where he was one of the first to take delivery of a 2019 Mazda MX-5 Miata 30th Anniversary in the U.S. 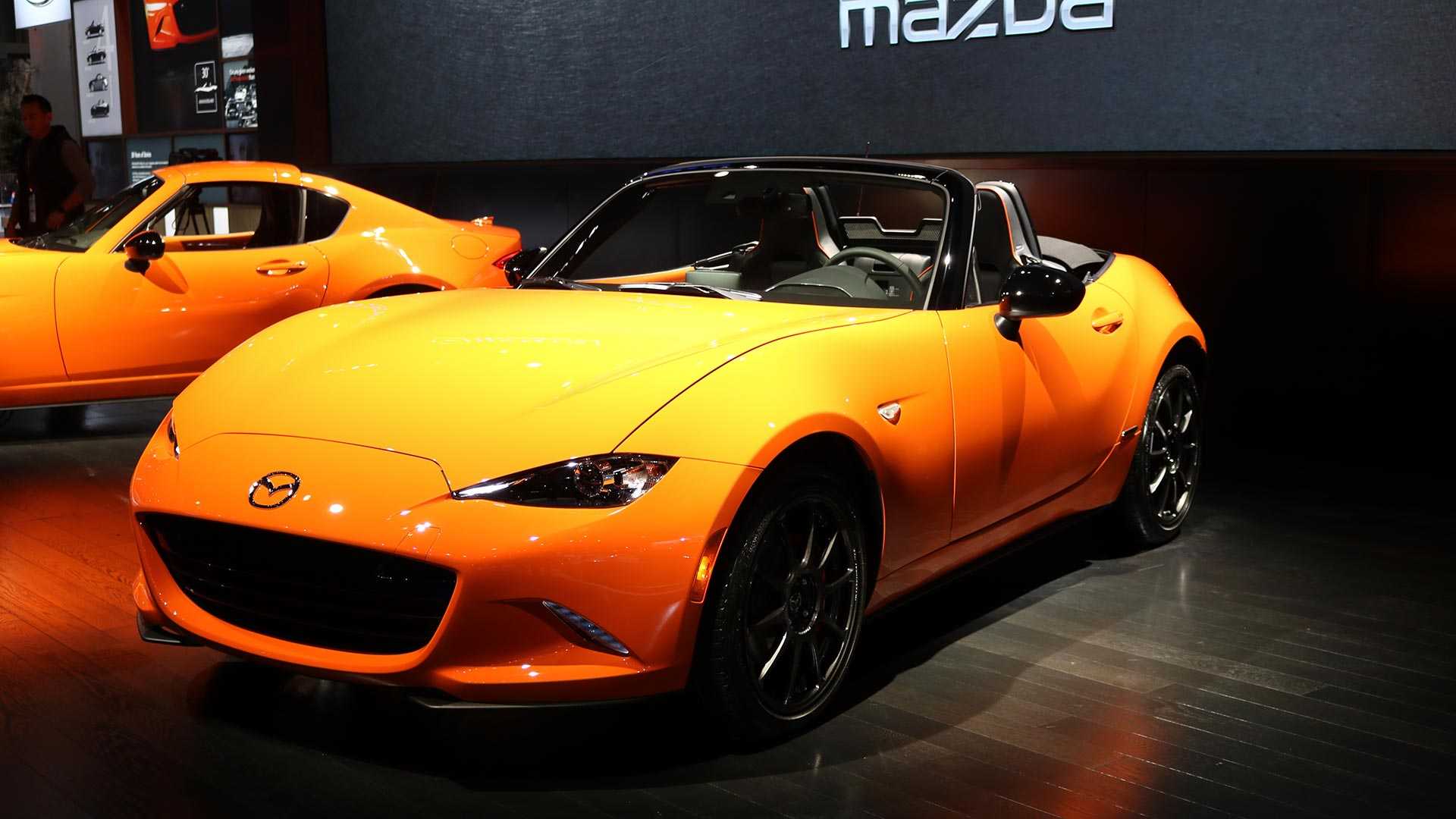 This will be the 13th Mazda the Blum family has owned, starting with a first-generation 1978 Mazda RX-7 that was the 249th unit produced. Blum is a regular at Tyrone Square Mazda having purchased seven other Mazda vehicles from them. Blum is a fan of the brand and, according to him, it was a “no brainer” to pre-order the anniversary vehicle to go next to his Soul Red Crystal 2016 MX-5 Miata Club.

“What I love most about Mazda is the experience of driving the car,” Blum said. “As a diehard Mazda enthusiast, I’m thrilled to be among the first to get the new MX-5 Miata 30th Anniversary and cannot take my eyes off the brilliant Racing Orange paint scheme. Orange is the new red!”

Mazda North American Operations is headquartered in Irvine, California, and oversees the sales, marketing, parts and customer service support of Mazda vehicles in the United States and Mexico through nearly 700 dealers. Operations in Mexico are managed by Mazda Motor de Mexico in Mexico City. For more information on Mazda vehicles, including photography and B-roll, please visit the online Mazda media centre at InsideMazda.MazdaUSA.com/Newsroom.

Mazda Motor Corporation would like to express our deepest sympathy and concern for all those who have been suffering from the novel coronavirus outbreak...
Read more