The Nigerian Society of Engineers (NSE) Maitama Branch, Federal Capital Territory (FCT) has called on government and privileged Nigerians to support inmates serving jail terms, in order to improve their living standard and give them hope when they are eventually released.

Maitama Branch Chairman, Engr. Markus Dye, who was represented by Engr. Henry Okoye, Publicity/Welfare Secretary of NSE Maitama, made this call when the engineers visited Kuje Prison in the FCT, Abuja, to identify with the inmates. 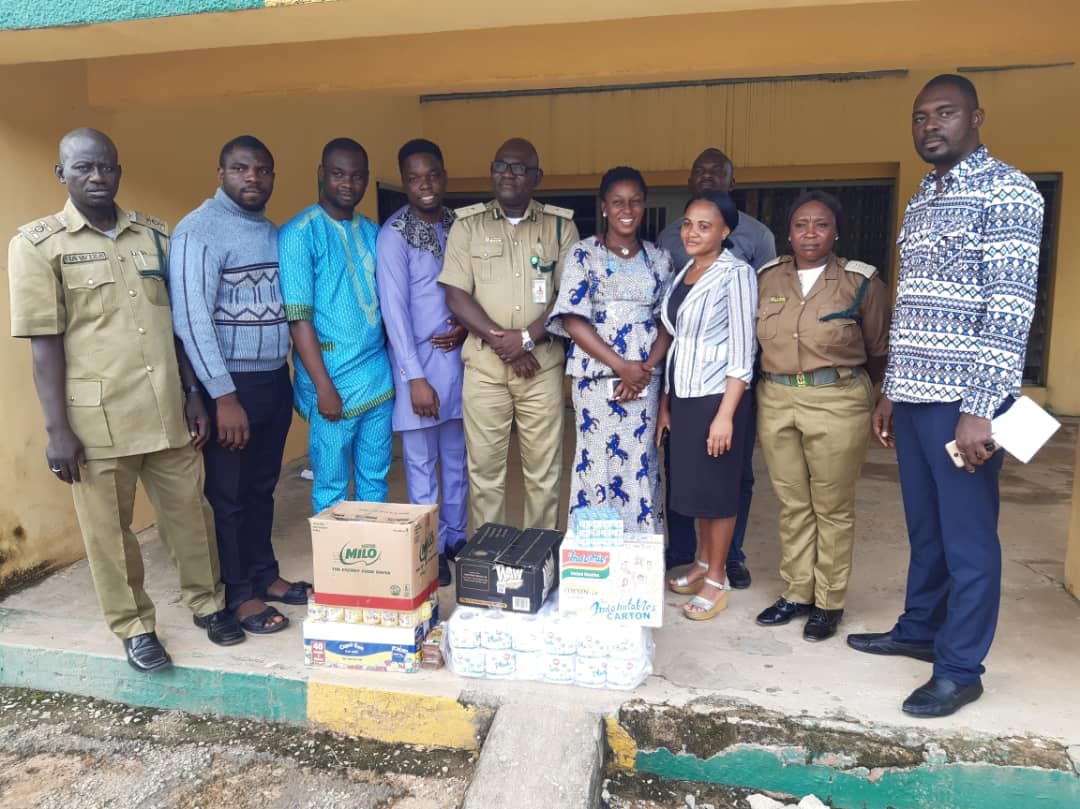 The engineers, during their visit, donated beverages, food items and toiletries worth thousands of Naira to the inmates and prisons officials.

Dye, who appreciated the DCP in charge, Mr Innocent Onoja for receiving them, informed the prison officers that the branch was observing its end of year engineering activities and deemed it necessary to visit the inmates and encourage them to be patient and positive in life,  no matter the challenge they found themselves.

During the interaction with the inmates at the FCT Kuje prison, the oldest inmate, who preferred anonymity since they are not allowed to identify themselves, commended the engineers for making out time to see them, stating that some people see them as sinners and do not bother to show any form of concern to them.

He pointed out that most of them were in the prison because of their ignorance in a certain approach to life, but expressed confidence that they will overcome challenges they are facing and become better citizens in the society after they would have served out their time in prison.

He further commended the hierarchy of the Nigerian Prisons Service, especially that of the FCT Kuje Prison officers for the care and freedom shown to them as they await their trials.

After the presentation of the items from the NSE Maitama branch, the DCP innocent Onoja express gratitude for the goodwill of the engineers, promising that their gesture would go a long way to affecting the lives of the inmates.

MTN Ghana (Scancom PLC or MTNGH or the Company) delivered a strong performance for the year in a competitive...
Read more
Energy & Power

EQUITY MARKET The Nigerian equity market this week went on a losing streak as investors continued to restructure their portfolio to safe-haven over the possible...
Read more
Brand News

GTBank Will Win The War Within The Digital Payment Space – Agbaje

MTN Ghana (Scancom PLC or MTNGH or the Company) delivered a strong performance for the year in a competitive industry, maintaining market leadership with...
Read more

EQUITY MARKET The Nigerian equity market this week went on a losing streak as investors continued to restructure their portfolio to safe-haven over the possible...
Read more