In a renewed effort towards creating awareness on the Lagos State Traffic Laws on restricted areas for the operation...
Read more

‘If Your Brother is Still Generous to Your Family After Marriage, Thank His Wife’ – Ajero Morgan

A life coach identified as Ajero Morgan on Twitter has gotten people talking on social media after sharing a...
Read more

The Lagos State Government has released a list of hundreds of routes where motorcycles and tricycles (aka Okada and...
Read more

The British global Airline, British Airways has partnered with leading Pan African financial institution, United Bank for Africa (UBA) Plc Airways have announced a collaboration to reward loyal customers who are cardholders of the bank.

The promo which will last for six months from November 2019, will see UBA customers getting significant discounts when they purchase their British Airways tickets using their UBA cards. 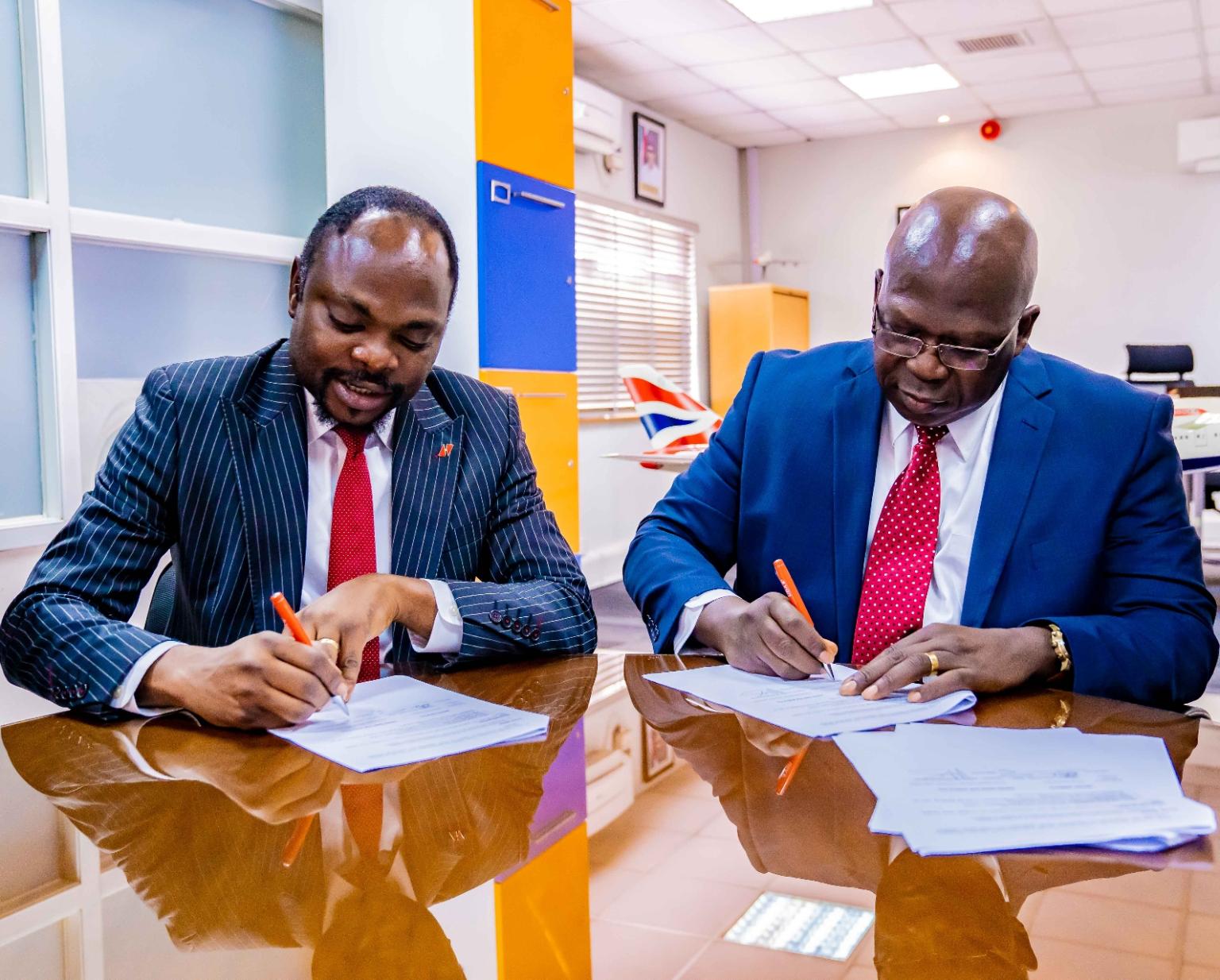 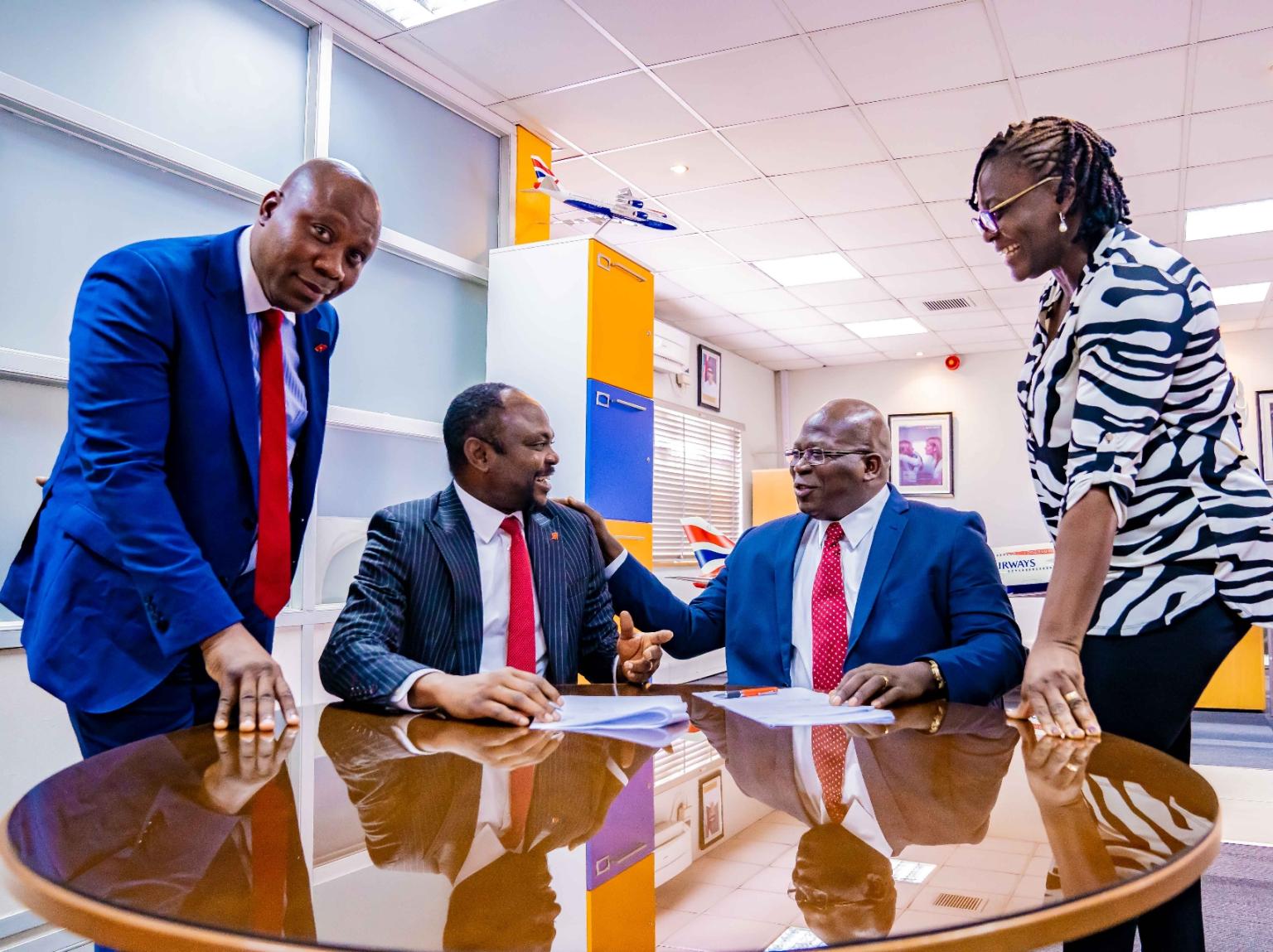 Specifically, the promo which will allow customers to enjoy between 10% to 15% discount on a ticket bought in for the period of the promo. The collaboration is aimed at increasing customer experience and satisfaction, while non-UBA customers only need to procure a card instantly from any UBA branch to enjoy the service.

The General Manager, Corporate Bank Directorate, UBA, Mr Muyiwa Akinyemi, who expressed delight at the collaboration, noted that the promo between the two organisations was carefully thought out to ensure that loyal customers of the two institutions are duly rewarded while ensuring that they also receive more value for their money. 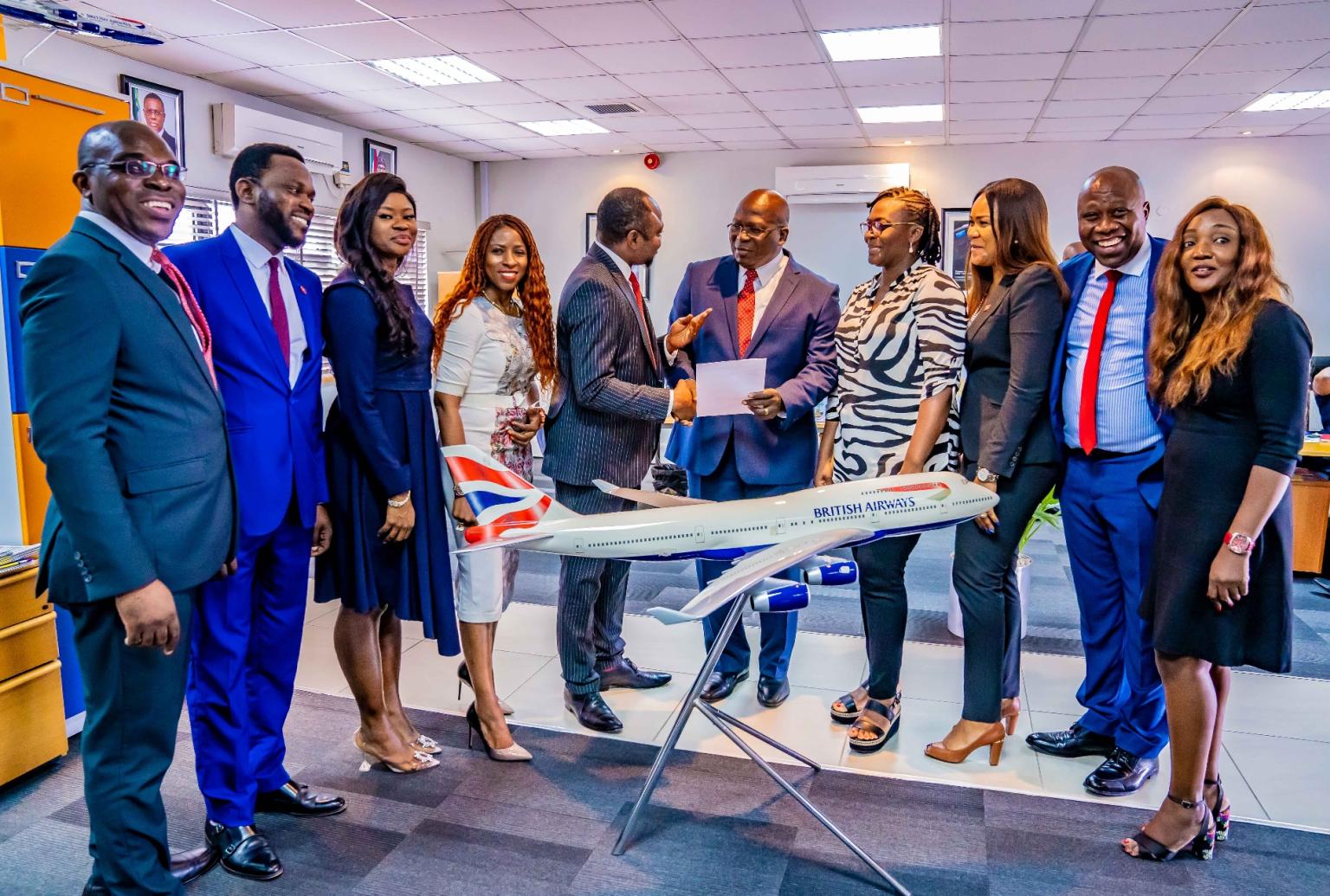 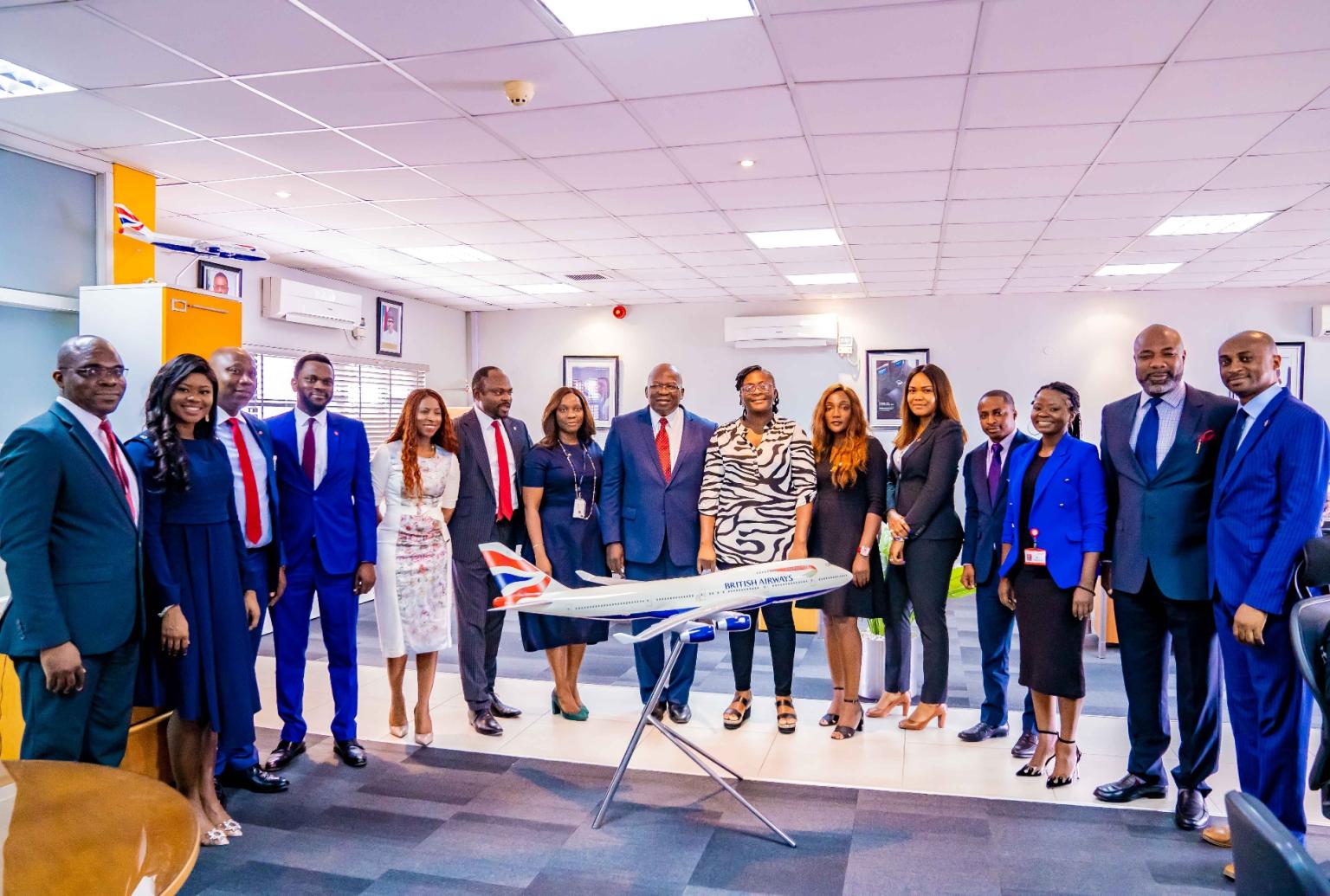 “UBA is excited to collaborate with one of the foremost Airlines in the world to run a promotion aimed at rewarding our cardholders and premium customers who will enjoy discounted tickets and other ancillary benefits such as loyalty points on the British Airways Executive Club.”

He explained that as a customer-centric institution, UBA is always on the look-out for services and reward schemes that will ultimately benefit the customers, in line with its Customer 1st policy. 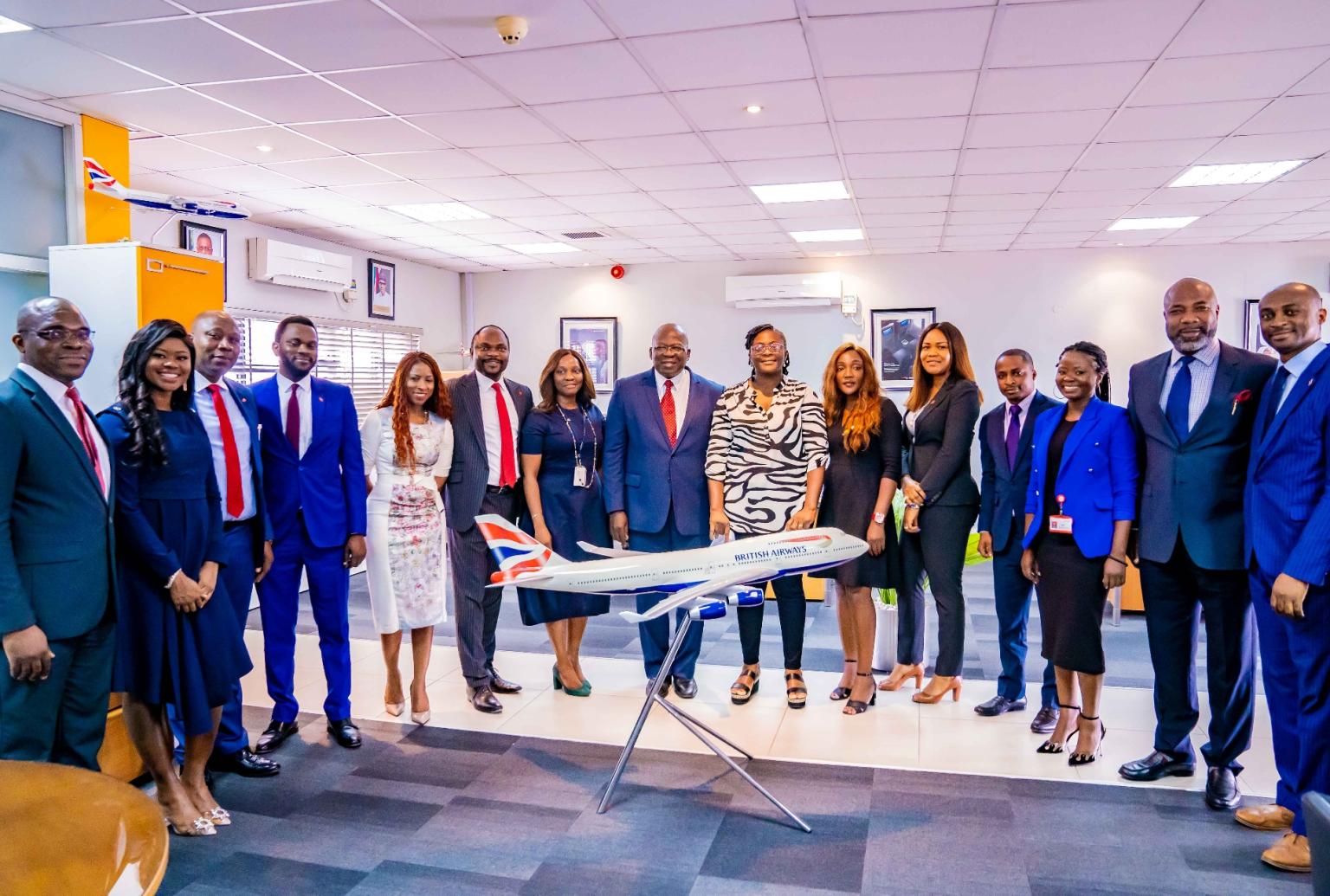 It is interesting to note that the 10% to15% discount is exclusive of taxes and customers can use the award-winning LEO (Virtual) banker to book the British Airways tickets and utilise UBA cards to make the payments.

The General Manager for British Airways in West Africa, Mr Kola Olayinka, noted that the airline is pleased to partner with the bank due to its huge customer base and wide branch network, adding that with the partnership, more customers will be able to enjoy the promo.

He said, “British Airways is excited to partner with UBA, Africa’s Global Bank, to create a mind-blowing promotion aimed at raising awareness about this service to be rendered by both institutions.”

Continuing, Kola said, “In addition, the discounts provided by British Airways would reduce the cost of travel and encourage the Bank’s customers to make more foreign trips during the coming Christmas period and also reward their customers and staff as a way of giving them some very tangible savings on their travel budget”  he, however, advised customers of both organisations to book early for Christmas to take full advantage

British Airways is a full-service global airline, offering year-round low fares with an extensive global route network flying to and from centrally-located airports.

All You Need To Know About The New PlayStation 5

It has been over six years since the latest Sony gaming console, the PlayStation 4, came out. So it’s completely understandable that the fans...
Read more
News

What Nigerians watched on TV during festive season

What is an Authentic Scotch Whisky? MacArthur’s has the Answer

MacArthur’s have been making Scotch Whisky for over 140 years, so if anyone knows what a Scotch Whisky is, it must be MacArthur’s! What Is...
Read more
Business & Economy

All You Need To Know About The New PlayStation 5

It has been over six years since the latest Sony gaming console, the PlayStation 4, came out. So it’s completely understandable that the fans...
Read more

What Nigerians watched on TV during festive season

What is an Authentic Scotch Whisky? MacArthur’s has the Answer