Growth in sub-Saharan Africa is expected to pick up, though at a slower pace than previously expected. This revision reflects a more challenging external environment, continued output disruptions in oil-exporting countries, and weaker-than-anticipated growth in South Africa.

Overall, growth is projected to remain at 3.2 percent in 2019 and rise to 3.6 percent in 2020, the IMF said in its latest Regional Economic Outlook: Sub-Saharan Africa.

The challenge for the region is to boost growth to create jobs for the growing labour force while protecting against debt vulnerabilities and risks from a difficult global environment. “In this context, the focus should be on continuing fiscal reforms to reduce debt vulnerabilities, and implementing structural reforms to boost investment and competitiveness, including by fully operationalizing the African Continental Free Trade Area,” said Abebe Aemro Selassie, Director of the IMF’s African Department.

Here are six charts that tell the story. 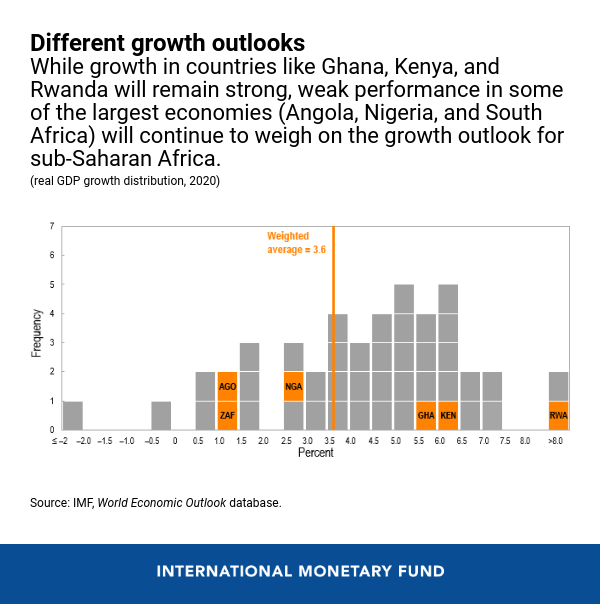 Growth in the region has been revised down, partly due to a challenging global environment. Rising trade and geopolitical tensions have increased uncertainty, resulting in weak global economic activity and a significant decline in trade volumes. The slowdown of key trading partners is also impacting sub-Saharan Africa, with growth revised down for about two-thirds of countries in the region. 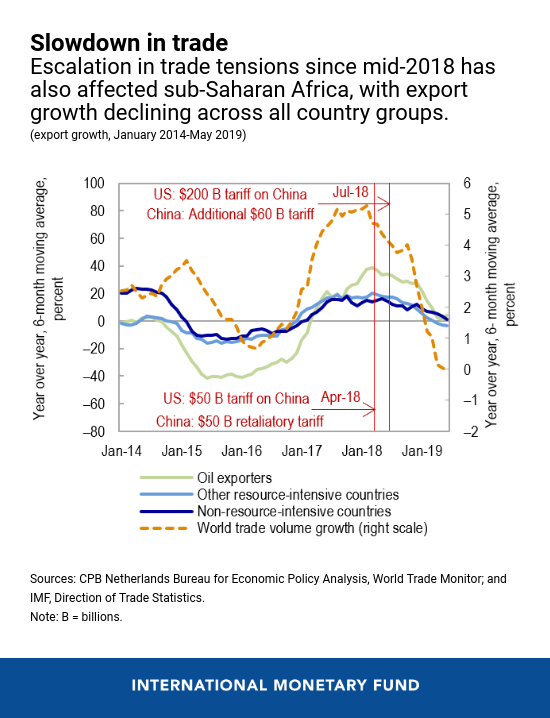 Fiscal space remains limited. Although the average debt burden is stabilizing, elevated debt levels and low external buffers will continue to limit policy space in several countries. Overall, there is little room for fiscal policy to counter external headwinds, as most countries will need to continue planned fiscal adjustment. 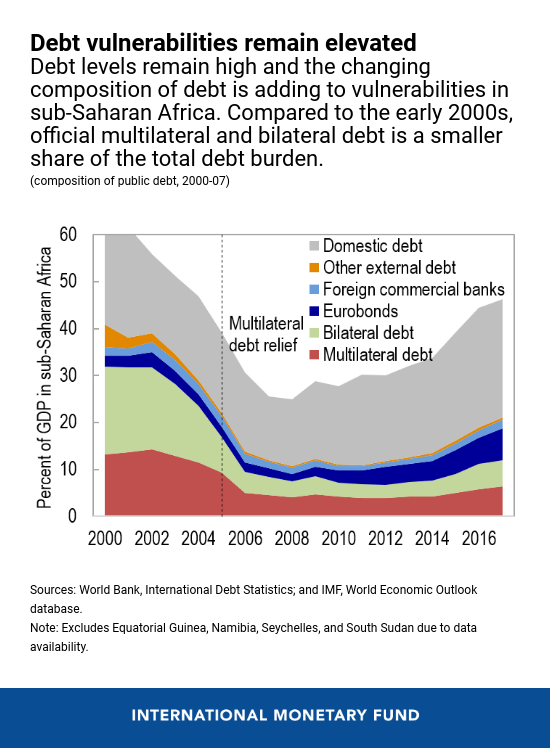 In some countries, monetary policy can help cushion against external headwinds. As fiscal space remains limited, the task of supporting growth in the face of a difficult global environment will fall predominantly on monetary policy. In particular, monetary policy may be eased in countries where inflation pressures are muted and growth is below potential. 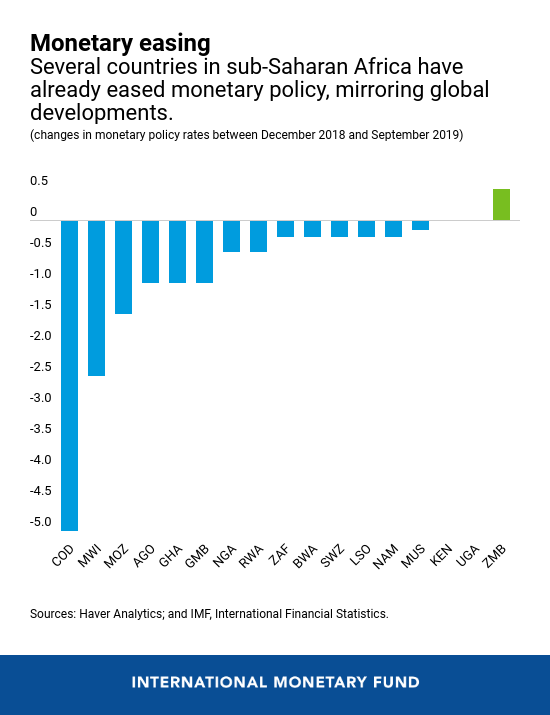 In the medium term, structural reforms are key to raising growth and creating jobs for the expanding labour force. Starting in the 1980s, significant progress was made in implementing reforms in the region, including trade and financial market liberalization, as well as product market reforms. This period also saw sustained growth in sub-Saharan Africa. The reform momentum, however, has slowed down over the last decade. 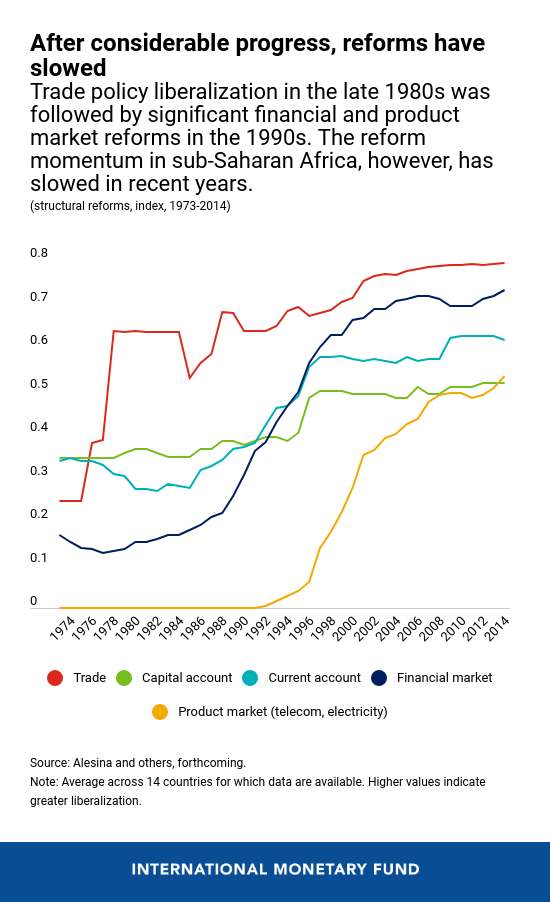 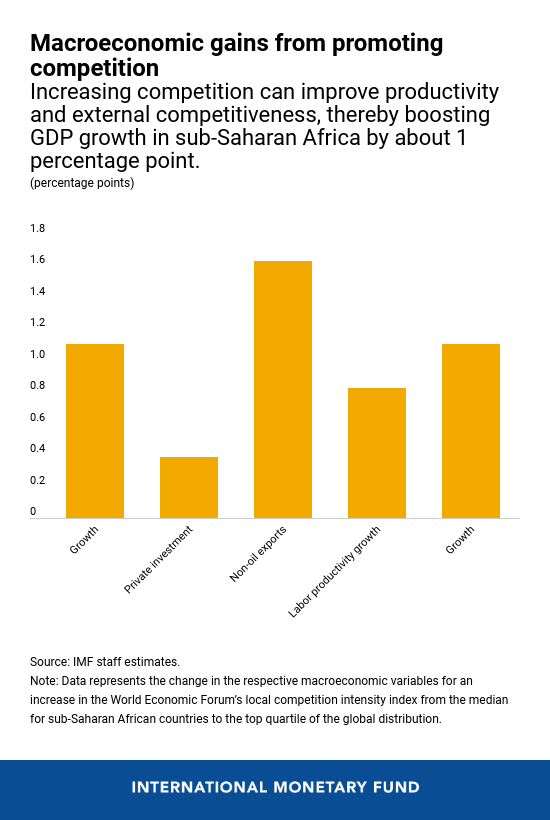 Vingroup to give 2,400 ventilators to Russia, Ukraine and Singapore

In the just concluded week, the values of FGN bonds traded at the over-the-counter (OTC) segment appreciated further for most maturities tracked amid demand...
Read more
Business & Economy