Men vs Women: Who spends more on Black Friday in Nigeria?

Every year, thousands of sale lovers look forward to the end of November. This is when Black Friday, the biggest shopping craze of the year, takes place. Retailers have been preparing for months to finally, on 29th November, unveil the best promotions and discounts for their clients.

Originally, Black Friday used to be known only in the United States. However, in the last few years, the event has spread to other continents, including our country. Nigerians have welcomed with opened arms the opportunity to participate in huge sales and make great savings.

In which part of Nigeria is Black Friday the most popular? What are the differences in attitudes toward sales among men and women? How much money are Nigerians willing to spend and on which products? Where and when do Nigerians consumers shop? Picodi.com analysts look closer into the Black Friday phenomenon and answer these questions.

The king of all sales 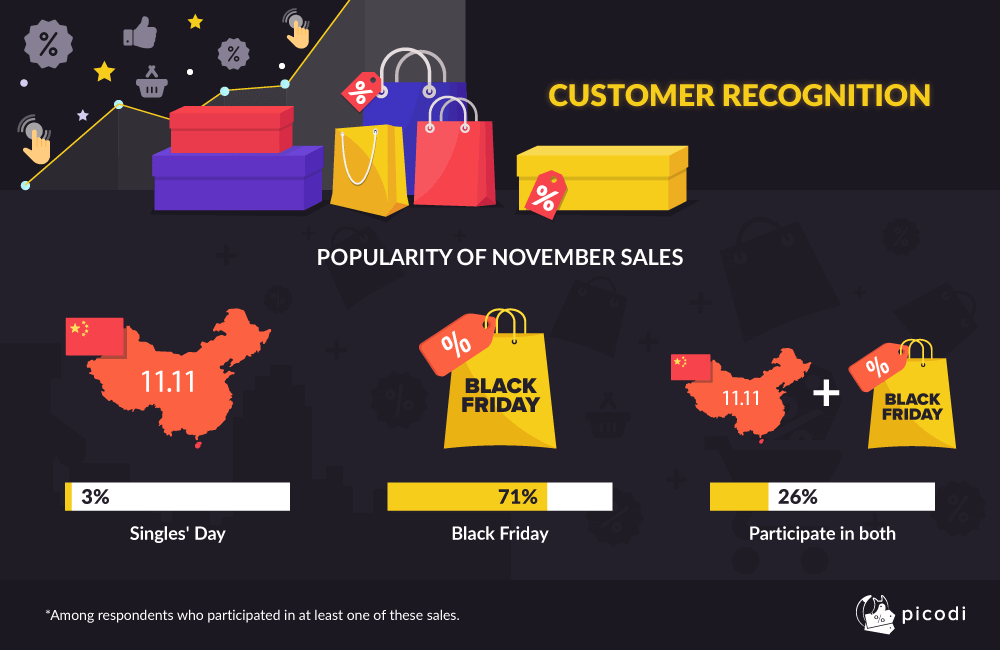 Black Friday is not the only shopping holiday in November. Although still not as prominent in Nigeria, in many countries Singles’ Day is celebrated on November 11th. Named after the multiple “one” numbers in the date, representing people who are single, Singles’ Day originated in China. The high discounts offered on that day attract huge crowds, especially in Asia. 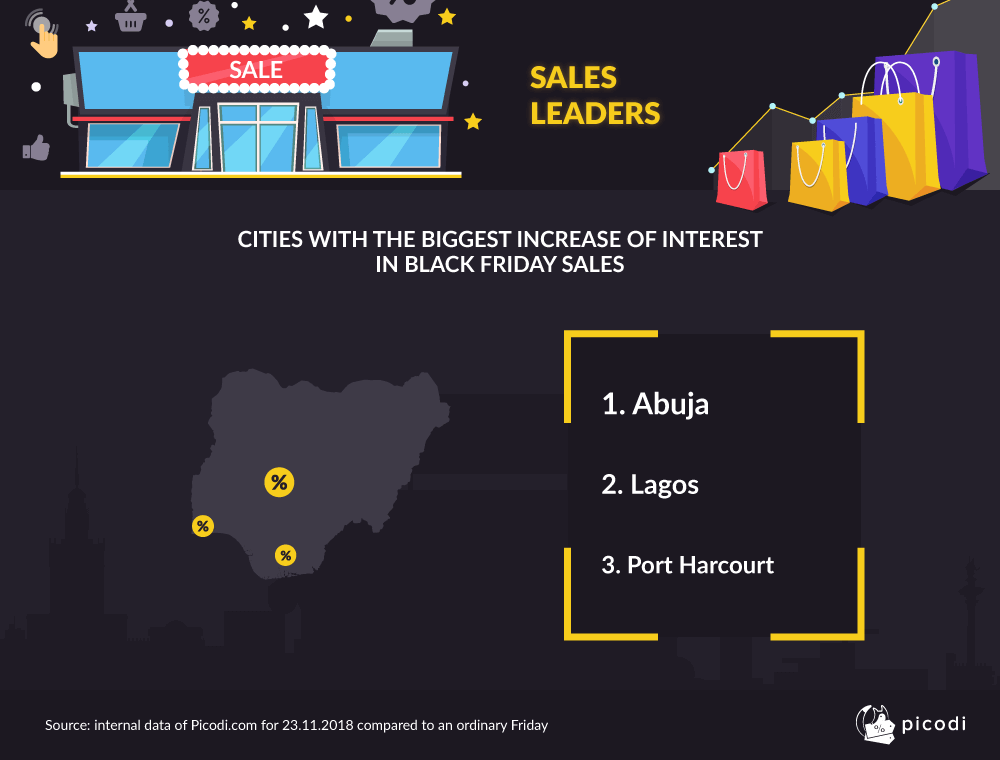 Although Black Friday is celebrated throughout Nigeria, in some cities people anticipate it more than in others. With the internal data from Picodi.com, we found cities where an increase of visits in online stores was the largest (compared to an ordinary Friday).

The biggest increase of interest in Black Friday sales was noted among citizens of Abuja. Black Friday has also gained significant popularity among residents of Lagos and Port Harcourt, who took the second and third place respectively. 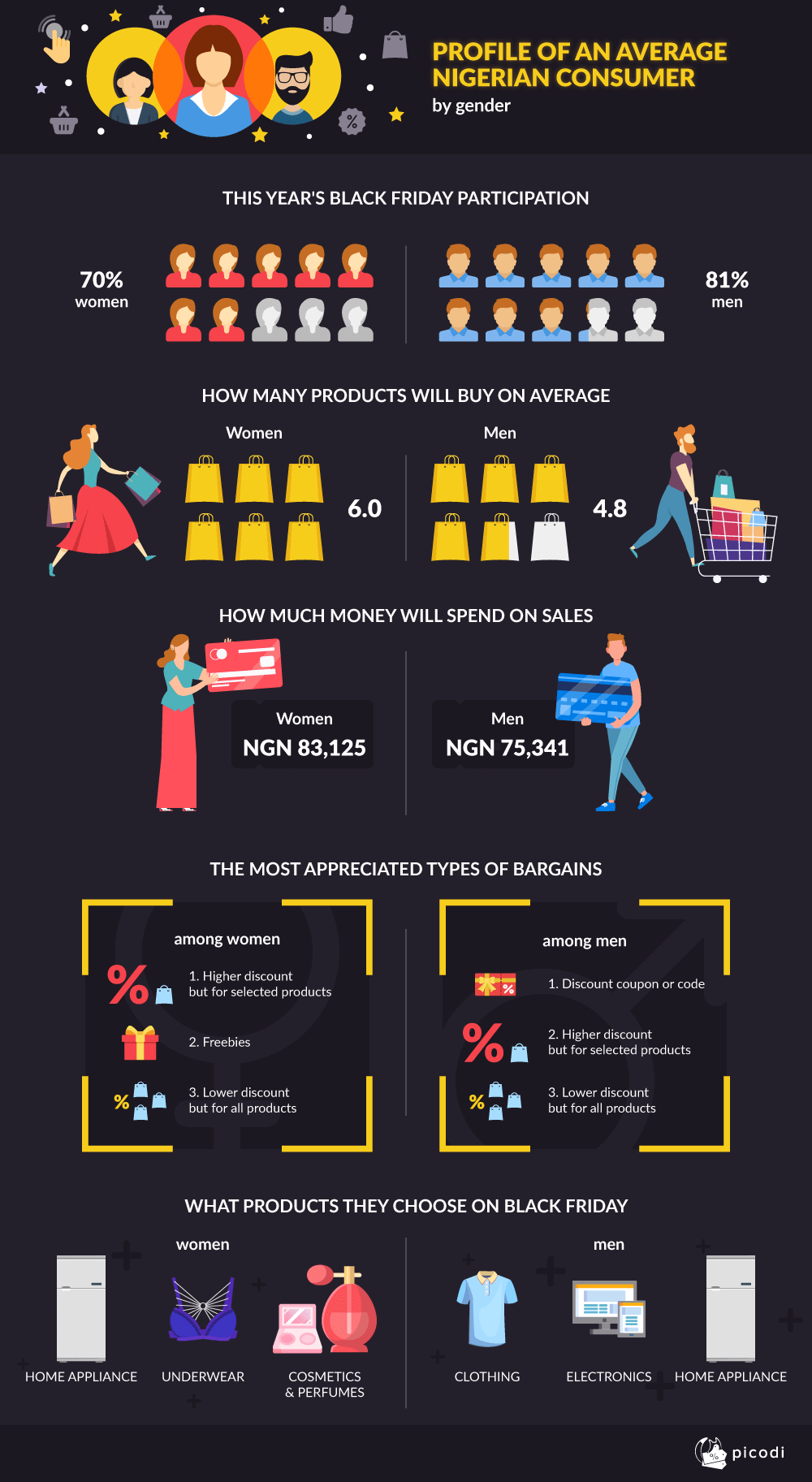 Black Friday sales are popular among both male and female citizens of Nigeria. As much as 70 per cent of female respondents are going to take part in Black Friday — it is 11 percentage points less than male shoppers.

Women purchase more products: 6 in comparison with 4.8 bought by men. Also, women spend more money than men on Black Friday. An average woman is willing to spend around ₦83,125, while an average man around ₦75,341.

The top categories of products bought by women are home appliances, underwear and cosmetics. On the other hand, male shoppers chose electronics, home appliances and clothing as their top purchases. What is more, women spend 64 per cent more time on shopping compared to men.

No time to lose 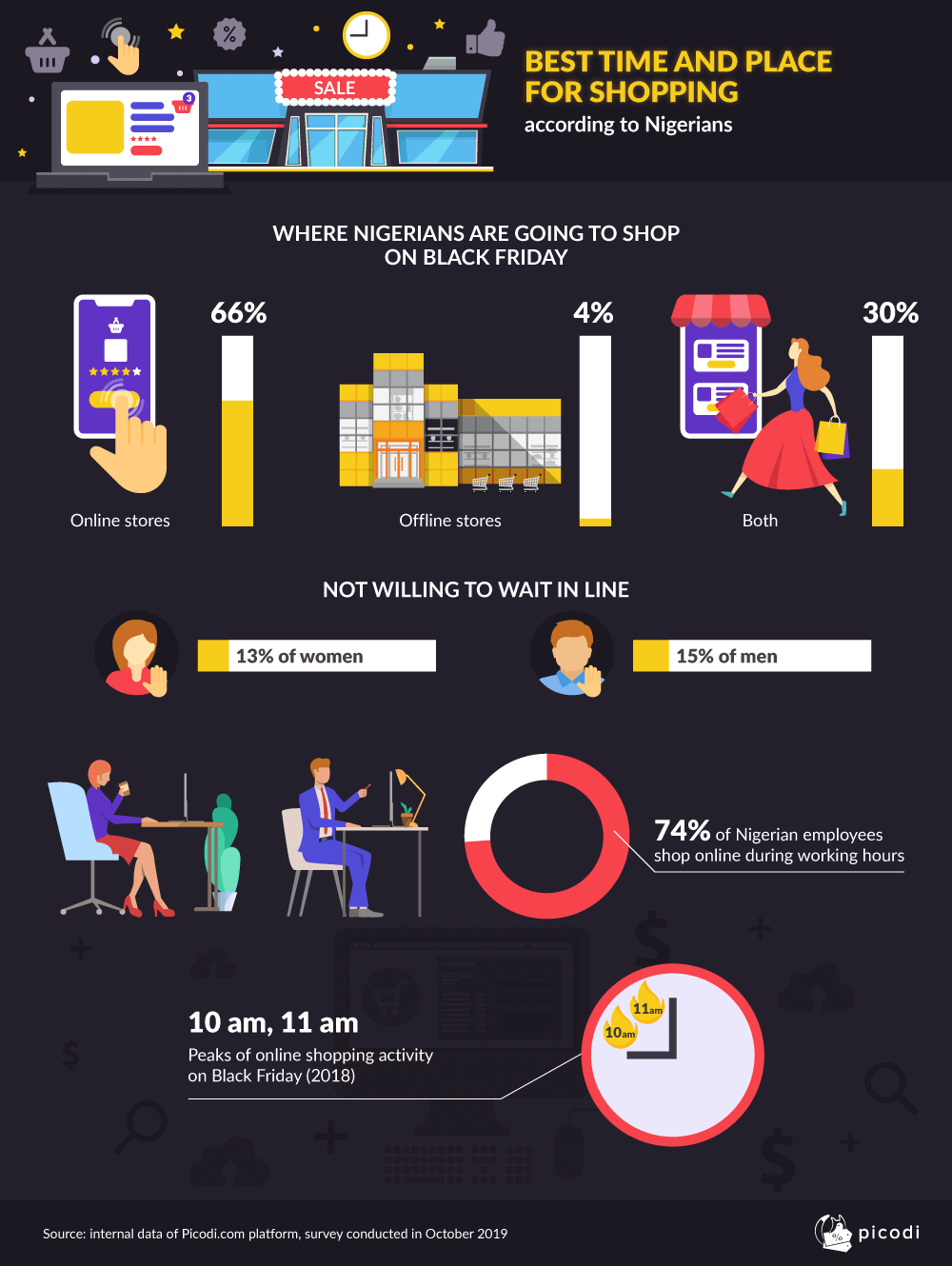 The popularity of online shopping is rising year after year, especially because of events such as Black Friday or Singles’ Day. Majority of the surveyed Nigerians (66 per cent) are going to shop online on Black Friday. One-third of respondents (30 per cent) decided to shop in both online and offline stores. Only 4 per cent of Nigerians are going to shop exclusively in brick-and-mortar stores.

One of the reasons against shopping in malls is having to wait in lines. Although in Nigeria the situation is not as extreme, in some countries, special tutorials are created on how to endure the neverending queuing on Black Friday. Nevertheless, not everyone is willing to waste their time standing in line. Among Nigerian respondents, as much as 13 per cent of women and 15 per cent of men declare that they would rather give up on purchasing a product than wait in line.

Those who decide to place orders online do not have to worry about queues and can shop around-the-clock. On the Nigerian Internet, peaks of shopping activity fall at 10 and 11 AM. Consumers make purchases at home, during the commute, or even at work — 74 per cent of surveyed Nigerians admitted that they buy while working.

Shoprite Nigeria’s supermarkets have offered early Black Friday deals and big discounts on everyday essentials as customers are increasingly looking for value, given the...
Read more

Jumia, the e-commerce company, recorded a drop in its Sales & Advertising expense by 55% from €13.8 million in the third quarter of 2019...
Read more