Meanwhile, the fintech firm already has an arsenal of services occupying verticals. These include food (OFood), bike-hailing (ORide), classified ads (OList), three-wheelers (OTrike) and bus-hailing (OBus). Further, the service will be available for Nigerians in Lagos, Owerri, PH, Abuja, Benin and Abeokuta, among others. 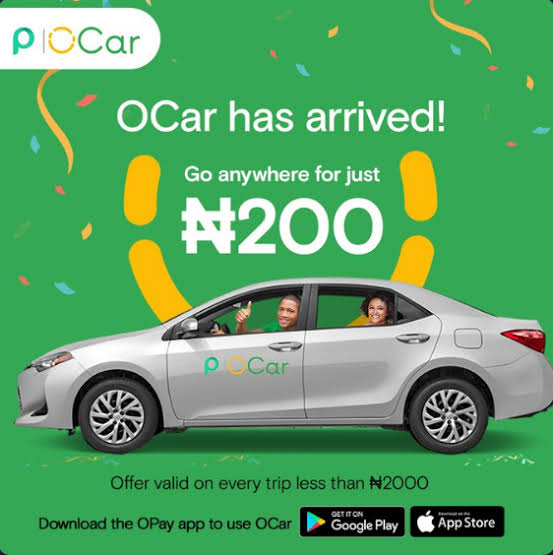 Pricing will follow the same principle that OPay has employed with the ORide and others. Fares may go for as low as N200 for all early birds who sign up to use the service.

Users may pay using their dedicated OPay app as competitors Uber and Bolt already do. Experts have identified the launch of OCar as proof of the company’s bold designs in truly settling into and dominating the African fintech space. This latest attempt is considered OPay’s shoring up of its place in Nigeria’s competitive market.
- Advertisement -

Only this week, Opay secured a Series B funding of $120 million from Chinese investors. It said the sum was to help it further sink its feet into the Nigerian market space and expand its services into other African countries like Kenya, among others.

In June, global food commodity prices rose for the first time since the beginning of the year driven by a rebound in vegetable oils,...
Read more

A Quick Guide to Adults in the Digital World

Adulthood is a word that is loaded with several meanings especially in cultures in which the term is used to denote responsibilities and societal...
Read more

Since the first index case of the Covid-19 pandemic was announced in Nigeria late February, the country has continued to record increased cases of...
Read more
- Advertisement -