Atletico de Madrid host Barcelona on Sunday with both teams ready for what has become one of LaLiga’s most significant and dramatic fixtures. Reigning champions Barça go into the game joint-top of the LaLiga Santander standings with Real Madrid, with Atletico just three points behind in the fourth position. 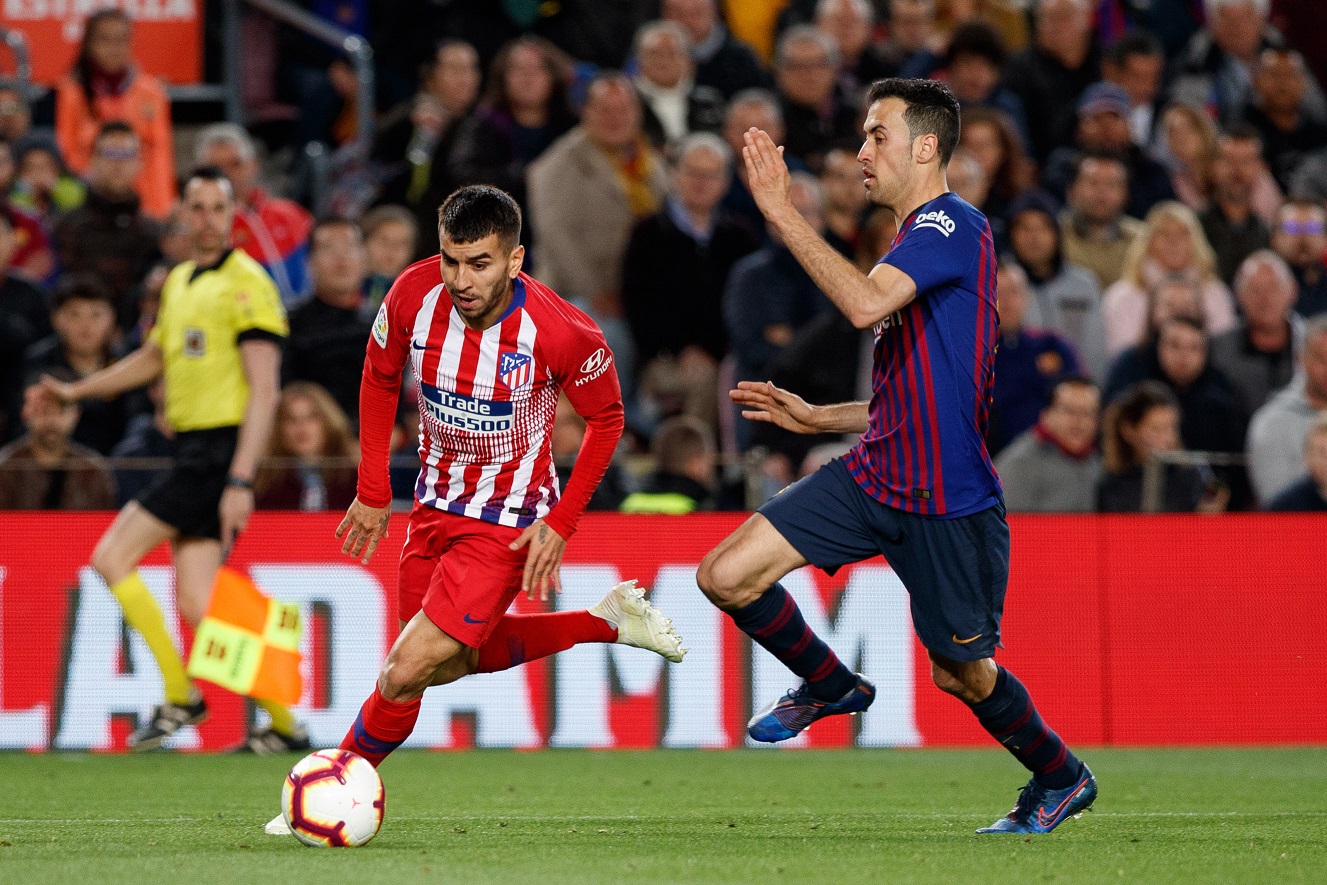 Both Ernesto Valverde’s men and Diego Simeone’s side have come through challenges over the first months of the season and now look primed for a fixture which has often been key in deciding the destination of the LaLiga title through recent seasons.

Atletico undertook a big squad overhaul this summer, but have kept their trademark defensive solidity with just nine goals conceded in 14 games. Jan Oblak is on course for a record fifth successive Zamora prize as LaLiga’s best goalkeeper, while new defenders Kieran Trippier, Felipe and Renan Lodi have all settled in well. Brazil international Lodi even grabbed his first LaLiga goal in last Saturday’s 1-1 draw at Granada.

Alvaro Morata has been Los Colchoneros’ goalscoring star through recent weeks, with the Spain international scoring in four consecutive LaLiga games before being unlucky not to continue the run at Granada last weekend. Also impressive has been strike partner Angel Correa, while young Portuguese starlet Joao Felix returned from injury last weekend.

Atletico remains unbeaten in front of their own fans at the Wanda Metropolitano, while away form has been an issue for Barça this season. The Catalans have already lost at Athletic Club, Granada and Levante, but did get three points on the road last weekend when winning 2-1 at Leganes thanks to set-piece goals from Luis Suarez and Arturo Vidal.

Blaugrana talisman Lionel Messi’s return from injury in September has, unsurprisingly, helped steady Barça’s form. The Argentine has eight goals and five assists across his first eight LaLiga Santander outings, helping his team to become LaLiga’s top scorers so far with 35 goals in their first 13 games.

Also impressing for Barca this season has been new midfielder Frenkie de Jong and teenage sensation Ansu Fati. Another big summer arrival Antoine Griezmann is still settling into his new environment, with each of his four LaLiga goals so far coming at the Camp Nou. The former rojiblanco hero will be keen to make his mark in the game on his return to the capital.

History has been on Barça’s side in this fixture through recent seasons, with Simeone yet to record a LaLiga victory over the Catalans, although May 2014’s 1-1 draw at the Camp Nou secured the title for his team. 12 months later Messi scored the only goal as Barça wrested the trophy back and the Argentine has since taken his phenomenal record to 24 goals in 23 LaLiga meetings with Atletico [along with 10 yellow cards, more than against any other opponent].

The last two games between the teams at the Wanda Metropolitano have been close-fought 1-1 draws. Atletico went ahead each time through Saul Ñiguez and Diego Costa, but Luis Suarez and Ousmane Dembele grabbed late equalisers for the visitors.

It all points to another tight and exciting encounter on Sunday. Will Messi stretch his amazing personal record against Atletico, or can Simeone finally pull off a LaLiga win over the Blaugrana at the 16th attempt? Tune in to find out!

Sunday’s LaLiga Santander Clasico at the Santiago Bernabeu is the highlight of a weekend schedule which also features key clashes in the battles to...
Read more
- Advertisement -