TAOYUAN, TAIWAN – Media OutReach – 30 December 2019 – Taoyuan Metro company will launch contactless payment via bank cards on
January 16, 2020 to serve passengers travelling to and from the capital city of
Taipei and Taoyuan International Airport. 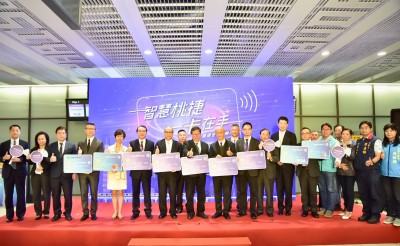 Taoyuan Metro smart cards lead you forward to the world

The tap-and-go service will open to holders of VIAS, Mastercard, Union
Pay and JCB cards and mobile devices with NFC (Near Field Communication)
functions such as Google Pay, Apple Pay and Samsung Pay.

The latest system of metro transportation convenience was announced last
week by Taoyuan Metro at a press conference – “Smart Taoyuan Metro — smart
cards lead you forward to the world”.

Introduction of the contactless payment was a further evidence of Taoyuan
Metro’s efforts applying advanced technologies to better serve passengers since
the airport metro line was opened two years ago, Mayor Cheng said.

During the two years of operation, Taoyuan Metro has introduced WIFI
networks and QR Code system to streamline fare payment.

The mayor hoped the contactless payment would be expanded to all MRT
lines in Taipei and other public transportation systems to benefit more riders.

Taoyuan Metro would continue its objectives of offering “safety, friendliness,
intelligence and efficiency” to travelers as the airport MTR enters its third
year of service, he added.

From January 16, the speed payment will open to passengers holding Visa,
Master, and Union Pay cards, and those carrying JCB cards would enjoy the benefit
from June, Liu said.  All turnstiles at
the 21 metro stations on the airport line would soon be supported by intelligent
devices to accept the payments.

The company expected to introduce third-party and e-payment later next
year, Liu said.