In light of recent food security analyses that indicate a growing number of people at risk of food insecurity in northeastern Nigeria, FAO is supporting vulnerable smallholders in the region to produce their own food. According to the latest Cadre Harmonisé analysis (October 2019), almost 2.7 million people in Adamawa, Borno and Yobe (BAY) States are facing critical food insecurity; without sustained humanitarian support, this figure is projected to rise to over 3.5 million by the onset of the next lean season (June–August 2020). As part of its continued efforts to improve food security in the North-East, FAO has launched its 2019/20 dry season support programme targeting over 35 000 households across the BAY states. 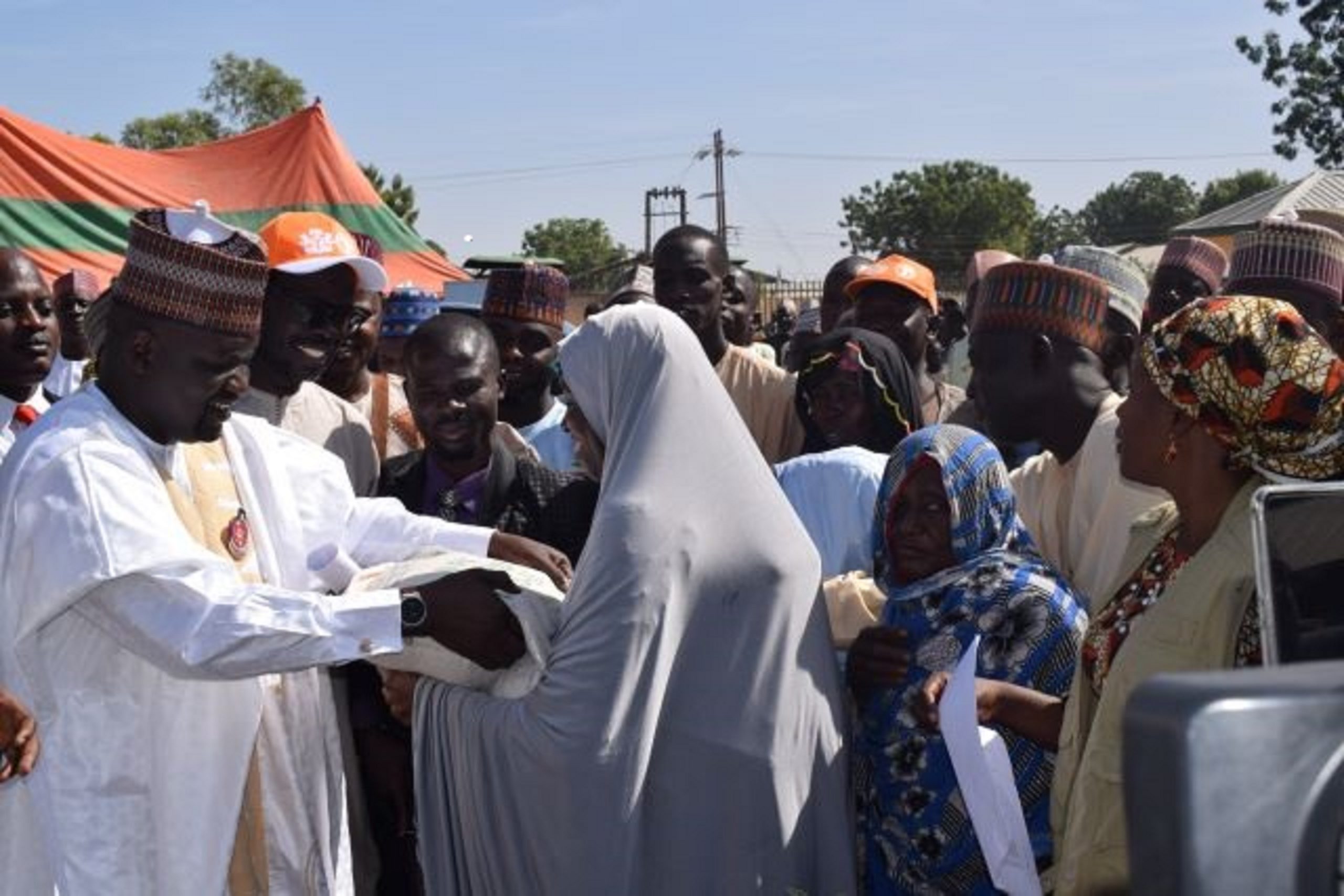 FAO’s dry season intervention is linked to the harvesting of the rainy season during which FAO had supported around 100 000 smallholders. The intervention is a key component of FAO’s overall response programme in the North-East to support conflict-affected populations to meet their immediate food needs, gradually rebuild their livelihoods and resilience to shocks, and mitigate protection risks.

In northeastern Nigeria, only a limited number of crops are cultivated during the dry season. Therefore, dry season harvests boost food availability within rural communities during the lean season when food stocks are depleted. Without support for food production, households face significant food shortages, often resulting in the adoption of negative coping mechanisms. FAO’s dry season intervention strengthens the productive capacities of beneficiary households in a bid to avert such negative consequences, increasing access to food.

In addition, under the ongoing European Union Trust Fund intervention in Borno State, FAO has started the distribution of water pumps and equipment for irrigation farming to more than 4 000 households. This will further improve crop performance and enable farmers to optimize production in the land area cultivated.

Both activities were officially launched by the Borno State Deputy Governor – Honourable Umar Usman Kadafur – alongside other high-profile state government officials at a ceremony in Maiduguri on 19 December. In his remarks, the Deputy Governor acknowledged FAO’s critical role in addressing food insecurity in Borno State, and Al Hassan Cisse, head of FAO’s North-East suboffice, stated that “FAO’s programmes are hinged on protecting livelihoods and enhancing the productive capacities of smallholders; we believe this will encourage household food production and promote self-sufficiency”.

FAO’s dry season intervention in the region is being implemented with the support of the European Union, and the Governments of Germany, Norway and the United States of America.

A Guide to Getting Started With Forex Trading

The Embassy of the United States of America in Nigeria has commended the initiative of Dorian Home for Charity and Social Development situated in...
Read more
Business & Economy

Today, Africa is seen as one of the most promising regions for hotel developers. Aside from small chains and independents, four global hotel groups...
Read more
News

Ever wondered how LaLiga Transfers work behind the scenes?

Gone are the days of archaic, long-winded processes. Transfers in and out of LaLiga, such as those of Reinier or Raúl De Tomás this...
Read more

A Guide to Getting Started With Forex Trading

The Embassy of the United States of America in Nigeria has commended the initiative of Dorian Home for Charity and Social Development situated in...
Read more

Today, Africa is seen as one of the most promising regions for hotel developers. Aside from small chains and independents, four global hotel groups...
Read more