“The production on the upcoming tour will bring the fire and fury that has been our calling card along with new surprises,” Nickelback’s Chad Kroeger said

Each product we feature has been independently selected and reviewed by our editorial team. If you make a purchase using the links included, we may earn a commission. 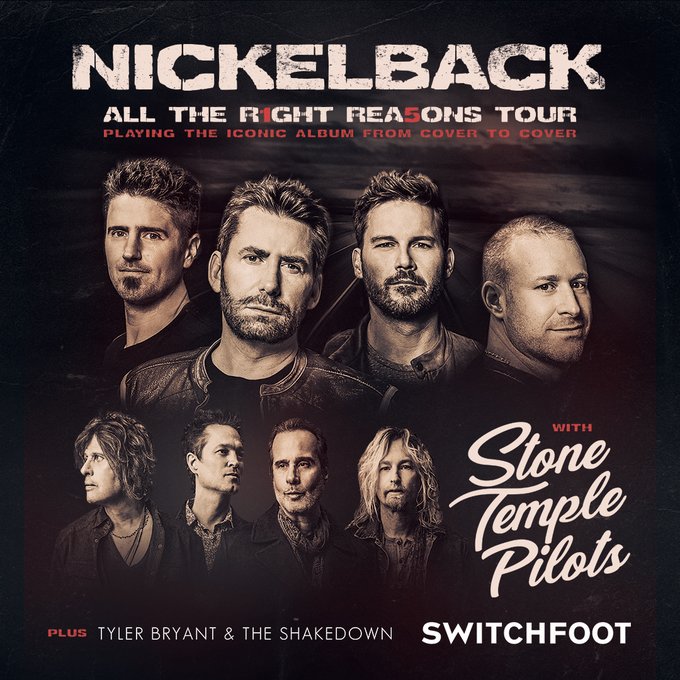 Nickelback is celebrating the 15th anniversary of their hit album All the Right Reasons in a big way.

The band — made up of brothers Chad and Mike Kroeger, 45 and 47 respectively, Ryan Peake, 46 and Daniel Adair, 44 — announced Tuesday that they will be kicking off their All the Right Reasons 2020 tour this summer, beginning June 19.

“When we made All the Right Reasons it was special for us, but we didn’t know what it would mean to the fans,” Chad told PEOPLE. “Sometimes fate intervenes and when this album was released, we had no idea it would connect with people in such a huge way.”

“At this point, the songs don’t really feel like they belong to us anymore,” he continued. “They belong to everyone that has made them a part of their life. We can’t wait to get on the road this summer and play songs that we have never performed live before as well as songs that have been staples of our live show.”

Chad promises that the band will give fans a one of a kind experience.

“The production on the upcoming tour will bring the fire and fury that has been our calling card along with new surprises that will be unlike anything you‘ve ever seen,” he said.

Throughout the summer tour, Nickelback will perform their diamond-selling album in its entirety, bringing fan-favourite songs like “Photograph,” “Rockstar,” “Far Away,” “If Everyone Cared” and “Savin’ Me” to life on stage. The group will also perform a slew of hits from their other albums.

Nickelback will be joined by the Stone Temple Pilots at every tour stop along the way, with additional special guest performances from Tyler Bryant & The Shakedown and Switchfoot.

All the Right Reasons, the band’s fifth album, has proven incredibly successful since its release in October 2005. It debuted at No. 1 on the U.S. Billboard 200 chart, which marked the band’s third straight No. 1 in their native Canada. The record spent 110 weeks in the Top 30 on the U.S. Billboard 200 chart and received multiple gold and platinum certifications globally. After selling more than 19 million copies worldwide, it is one of the best-selling albums in North America.

In 2009, Nickelback was named Top Rock Group of the Decade by Billboard.

The band has sold out a total of twelve consecutive world tours. Tickets for the upcoming summer tour, which revs up in Raleigh, North Carolina and wraps on Oct. 3 in Mountain View, California, will go on sale beginning Thursday, Jan. 23 at 10 a.m. on LiveNation.com. Lawn tickets will be priced starting at $25.00 for a limited time.

This article appeared first on People.com