Japanese Ambassador to Nigeria, Mr. Yutaka Kikuta and Hope Afresh Foundation today signed a grand contract of $197,736 for the establishment of a facility for the processing of Sesame seeds in Taraba State. 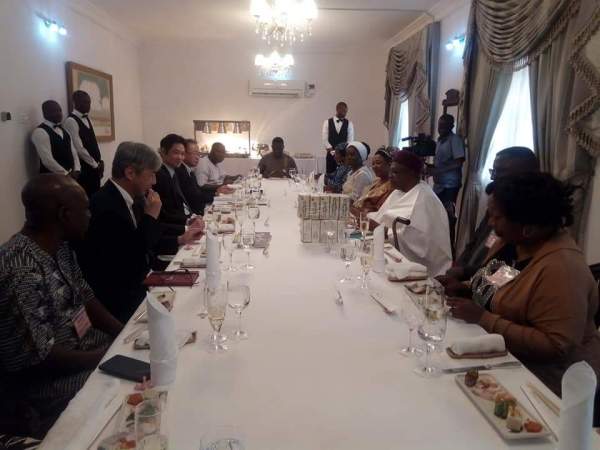 pe Afresh Foundation is an initiative of Barr Anna Ishaku, wife of the Governor of Taraba State, Arc. Darius Dickson Ishaku which has done a lot in empowering women and youths.

Sesame production is one of the crops whose growth is being promoted by the Ishaku administration.

The fund is being provided by the Japanese government under that country’s Grant Assistance for Grassroots Human Security Projects.

The Sesame processing project is an initiative of the Hope Afresh Foundation and will be executed in collaboration with Toyota Tsusho Corporation.

Speaking at the signing ceremony, Barr. Anna Ishaku thanked the government of Japan for the good gesture and assured that the facility will greatly boost sesame seed production in Taraba State.

The wife of the governor also spoke about the numerous achievements of the Foundation which includes the discovery of Ndola, a community of people who live on the mountains in Taraba State which was inaccessible to modern civilisation.

She said following the discovery, the community has now been provided with modern amenities including a police station and health facilities by the Taraba State government.

Gov. Ishaku who also witnessed the event joined his wife in thanking the Japanese government for the support to the Foundation and by extension, Taraba State government.

Earlier, Japanese Ambassador to Nigeria, Mr Yutaka Kikuta assured Taraba State’s first couple of the resolve of his country to support projects that can help in the empowerment of the people.

The event took place at the Japanese embassy in Abuja.