These are good times for lovers of ‘Dear Affy’ as the thrilling movie is set to be displayed at the latest edition of Nollywood Travel Film Festival which will hold in Glasgow, UK on Sunday, February 23, 2020. 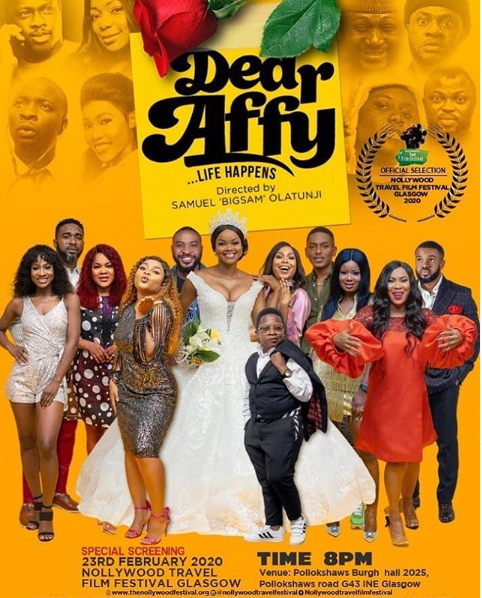 The Last edition showcased female filmmakers, Tope Oshin and Blessing Egbe who led the focus on how strong female voices contribute to the growth and development of the movie industry. The Glasgow edition would feature conversations around women in film, culture exchange and the expansion of the Nigerian film industry.

- Advertisement -
Read:  Learning to Drink in Nigeria: Tales from Hollywood and Nollywood

Popular media mogul and Movie director for ‘Dear Affy’, Samuel Olatunji has expressed his gratitude for the recognition of ‘Dear Affy’ both nationally and continentally and has stated his confidence in Nigeria and Africa’s film culture market as a whole.

The movie is set to premiere in Nigeria on Friday, February 7, 2020.

Read:  The Rise of Facebook Groups Could Be A Threat to Jumia’s e-Commerce Dominance in Africa - GeoPoll