Lagos seeks cooperation of Stakeholders on the expansion of Ikotun Roundabout

The Lagos State Government through the Ministry of Physical Planning and Urban Development has called for the understanding and support of stakeholders for the construction of junction improvement works at Ikotun roundabout in lgando-lkotun Local Council Development Area of the State. 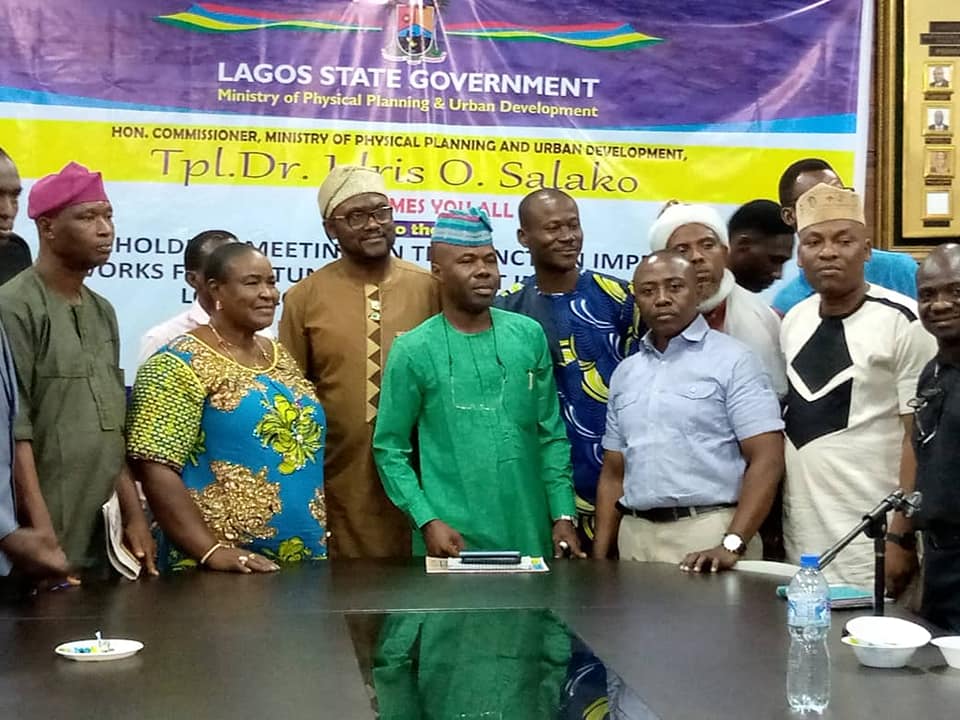 The Hon. Commissioner, Ministry of Physical Planning and Urban Development, Dr. Idris Salako made this plea at the stakeholder’s meeting held on Wednesday at Alausa, saying the motive behind the initiative was to ease the perennial traffic gridlock being experienced in that corridor.

Speaking through the Director, Development Matters, Tpl. Oladimeji Animashaun, Dr. Salako explained that the junction improvement initiative of the Lagos State Government was in line with the Babajide Sanwo-Olu administration’s urban regeneration drive and part of efforts to ease traffic gridlock across the State.

He added that the essence of the interactive meeting was to seek and obtain the mutual understanding of all stakeholders in the community for the smooth and successful take-off of the project.

The Commissioner enjoined everyone to give their unalloyed support to the project by cooperating with the staff of the Ministry of Physical Planning and Urban Development and other government agencies for the realization of the project.

He assured that the project would be executed without delay and would be delivered in the next four months as planned.

On the scope of the project, the Project Consultant, Engr. Asamo Adebayo, noted that facilities to be delivered along with the project include walkways, intelligent traffic signalization, drains to connect with the existing drain, alignment kerbs, and service ducts. Others are culverts and alignment of Jersey barriers.

The Permanent Secretary, Ministry of Transportation, who was represented by the Director, Transport Engineering Services, stated that the junction improvement works of the Ikotun roundabout was one of the several junctions being improved by the State Government to address the traffic challenge in the State and create investment and job opportunities to the benefit of the people of Lagos State.

Read Also:  Symptoms Of A Bad Or Failing Radiator Hose

In the same vein, the Special Adviser to the Governor on Urban Development, Hon. Ganiu Adele Ayuba called for people’s understanding towards the projects, adding that the Lagos State Government was desirous of bringing development to all nooks and crannies of the State.

The Chairman of Igando-Ikotun LCDA, Hon. Morenike Williams commended the Administration of Mr Governor, Babajide Sanwo-Olu for considering her domain for the proposed project, saying it would further catalyze development in the axis.

She pledged the cooperation of the Local Council Development Area for the actualization of the project.

A landlord in the community, Alhaji Adele appealed to the State Government to show compassion to stakeholders whose property would be affected in one way or the other by ensuring they are compensated.