The wife of the Lagos State Governor, Dr Ibijoke Sanwo-Olu has appealed to parents and guardians to strive to bequeath legacies of quality life and sound education to their children in spite of the rising rate of abuse globally.

Dr Sanwo-Olu who gave the charge during an awareness walk to sensitise members of the public on the rights of children on Tuesday, underscored the need for parents and guardians to embrace the Child Rights Act, saying that children had over the years been subjected to slavery and sexual abuse among several other inhuman treatments that are detrimental to their growth and development.

In her words, “This is 21st-Century, every child has the right to go to school, to learn something new. There is a period to be a child and a period to be an adult, please let them enjoy their childhood”.

She stated that as a responsible government, the present administration will ensure that the Child Right Act is enforced to the letter, stressing that government will not fold its arms and allow children to be abused or their rights trampled upon. 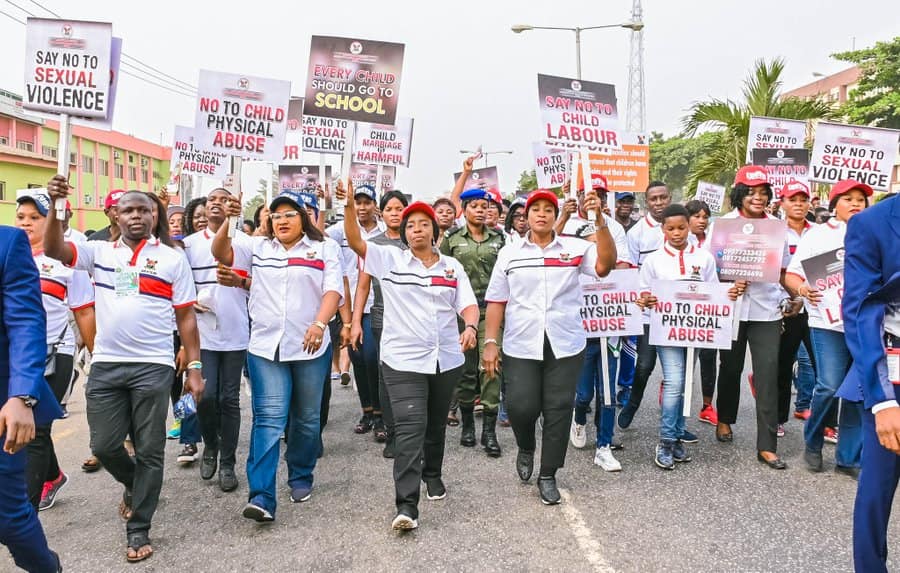 The First Lady decried the rate of absenteeism among school children in recent times, attributing the development to forced labour and abuse that prevent them from attending classes.

Dr Sanwo-Olu, therefore, charged parents and guardians to ensure that children under their care are well mentored, as parents or guardians of any child caught wandering or hawking during school hours would not be spared from prosecution.

Earlier, the Honourable Commissioner for Youth and Social Development, Mr. Olusegun Dawodu stated that the awareness walk became necessary so as to create awareness about the Rights of Children within the society. 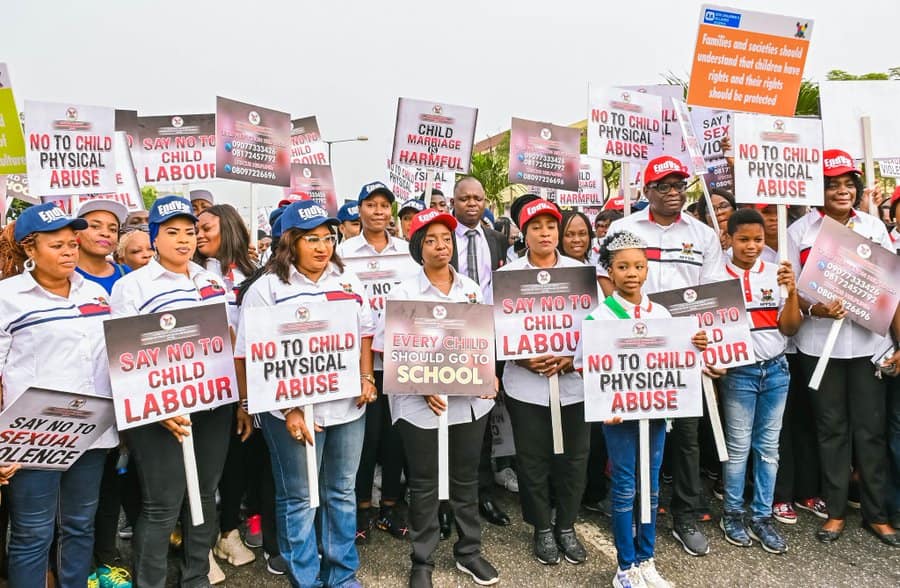 According to him “You do not have to hit your child physically before abuse is committed. Hawking during school hours and not allowing children to attend schools and so on constitute child abuse”.

Dawodu also reiterated the Government’s stance on the child’s right in line with the T.H.E.M.E.S Agenda of the present administration, which is hinged on zero tolerance for sexual violence, Domestic violence and Child Abuse.

The wife of the Governor led the sensitisation walk alongside the wife of the Deputy Governor, Mrs Oluremi Hamzat, members of the Committee of Wives of Lagos State Officials (COWLSO), the Commissioner for Youth and Social Development, Mr Olusegun Dawodu, Permanent Secretary in the Ministry, Mrs Yewande Falugba and staff of the Ministry, NGOs and youth organisations.

The awareness walk which started from the premises of Lagos Television, Agidingbi, to the State House Alausa, Ikeja was held to further draw public attention to the increased abuse prevalent among children and the need to accord them their due rights under the law.