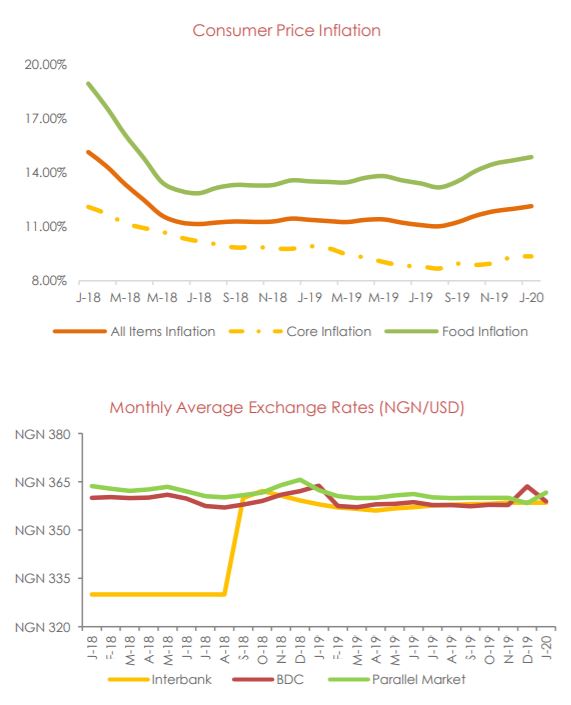 Food inflation was driven by a rise in prices of bread and cereals, meat, oils and fats, potatoes, yam, and other tubers and fish. Imported food inflation also rose to 16.10% (from 16.04% in December). On the other hand, the rise in core inflation was caused by increases in prices of clothing & footwear (which rose to 10.08% from 9.91%) and transportation costs (climbed to 9.35% from 9.25%) among other things. 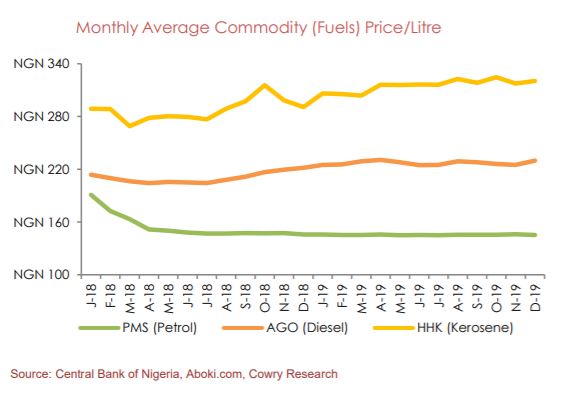 On a monthly basis, the annual inflation rate rose to 0.87% in January (from 0.85% in December), driven by a faster increase in food inflation to 0.99% (from 0.97% in December) as the harvest season came to an end in the review month. On a state-by-state basis, Sokoto, Ogun and Nassarawa states registered the biggest month-on-month increases in food prices having registered food inflation rates of 19.1%, 18.7%, and 17.1% respectively – with no state recording a decline.

“We expect general price levels to increase further in the next few months as the sowing season kicks off and as core Inflation builds chiefly due to the rise in transportation cost (especially in Lagos) and the increase in VAT. Also, the lower interest rate environment amid
the adoption of a new minimum wage could spur consumption activities and, subsequently, demand-pull inflation.”

The prices of poultry products in Nigeria are at their highest levels ever as the country faces its worst food inflation in at least...
Read more

...Inflation Rises To 17.33% In Feb. 2021 The increase in the country’s total debt stock was chiefly due to a sharp rise in external debt...
Read more
- Advertisement -