ENGIE Africa Brings Off-Grid Power to Over 4 Million People, Establishing Its Position As Market Leader On The Continent

ENGIE Africa is pleased to announce that it has successfully accelerated the Access to Energy (A2E) strategy that it launched in 2018. ENGIE has achieved this through the development of its three A2E off-grid energy solution companies: Fenix International, ENGIE Mobisol, and ENGIE PowerCorner.

With these three innovative entities, ENGIE Africa is bringing decentralized electricity to more than four million people in nine countries (Uganda, Zambia, Kenya, Tanzania, Rwanda, Nigeria, Benin, Côte d’Ivoire, and Mozambique). This growth is in line with the Group’s ambition to reach millions of households and businesses with clean, distributed energy across Africa.

Fenix, which was acquired by ENGIE in 2018, expanded its operations significantly in 2019. To date, it has sold more than 700,000 solar home systems that power 3.5 million people in rural communities across six countries. Now employing 1,200 full-time team members, Fenix launched sales in Mozambique in June 2019. In the last month, the company has reached milestones in multiple markets, with 150,000 solar home systems sold in Zambia, 50,000 sold in Benin, and 20,000 sold in Côte d’Ivoire.

ENGIE complemented its range of solar home system solutions by finalizing the acquisition of Mobisol in October 2019. The higher capacity (40–200W) of ENGIE Mobisol’s products offers consumers access to modern energy services and appliances to establish solar-powered small businesses. ENGIE Mobisol has operations in Tanzania, Rwanda and Kenya, and has installed more than 150,000 solar home systems, providing clean and reliable energy to 750,000 people and counting in East Africa.

Mini-grid developer and operator ENGIE PowerCorner now has 13 mini-grids in operation across two countries (Tanzania and Zambia), serving 15,000 beneficiaries. It is constructing new mini-grids in Uganda (in a joint venture with Equatorial Power), Benin and Nigeria, with the aim to triple its number of customers this year. ENGIE PowerCorner focuses on powering income-generating activities and productive usages, thus contributing to the increase of the economic welfare of its rural customers.

Fenix’s inclusive solar home systems for household usages, combined with ENGIE Mobisol’s focus on larger households and small business appliances, together with ENGIE PowerCorner’s focus on income-generating activities and small-scale industries, enables ENGIE to offer affordable energy products and to extend its customer base from rural to urban areas.

Yoven Moorooven, CEO of ENGIE Africa, says: “We strongly believe in the huge potential of the off-grid electrification sector and that it will be instrumental in rapidly and cost-effectively bridging energy gaps across Africa. We will build upon our successes to sustain and meet our long-term ambition of impacting tens of millions of lives across Africa. ENGIE has an important role to play in industrializing and scaling up the off-grid solar business. We are keen to offer the lowest cost and best quality Access to Energy solution that addresses our customers’ needs.”

Read Also:  Ownable Opportunities For Nigeria In The Global Rubber Industry Due To The Pandemic 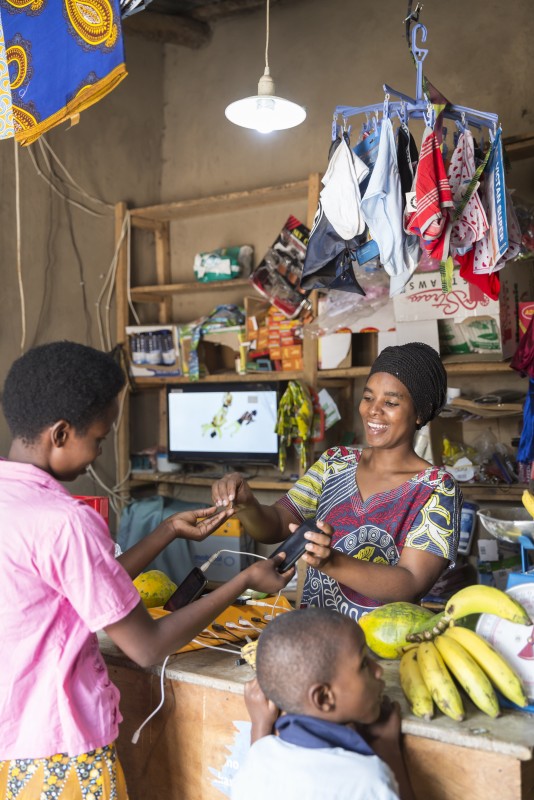 ENGIE is expanding its offerings beyond electricity provision, integrating cost-effective and tailor-made solutions “as a service” to accompany customers every step of the way. This expansion links energy access to other products and services: internet, water, productive appliances, clean cooking, financial services and products.

Universal electrification is the seventh of the United Nations Sustainable Development Goals that the global community has committed to achieving by 2030. ENGIE is confident that universal access to energy is achievable in the foreseeable future, through smart investments in a combination of national grid extension, solar home systems and mini-grids.

Nigeria is a very competitive place to work due to the increasing population but the rate of unemployment in...
Read more
Business & Economy