The sort code is a number that usually identifies both the bank and the branch where an account is held. The sort...
Read more
- Advertisement -
Nollywood’s talk of the town romantic comedy, Dear Affy which debuted at the cinemas on Valentine’s Day wasted no time in taking the number one spot at the end of sales on Sunday.
The movie which is Samuel Olatunji’s first directorial debut took the shine off Sugar Rush, Birds of Prey, Fantasy Island, Queen and Slim, Small Chops, The Perfect Picture and The Legend of Inikpi.
‘Dear Affy’ is a romantic comedy film that tells the story of a beautiful career lady on her to getting married to the man of her dream who is on the verge of sealing millions of Naira worth of contract. However, he is faced with the devil and the deep blue sea as sealing the contract is hinged on him having an intimate affair with the female billionaire contractor by all means just a few weeks to his wedding. 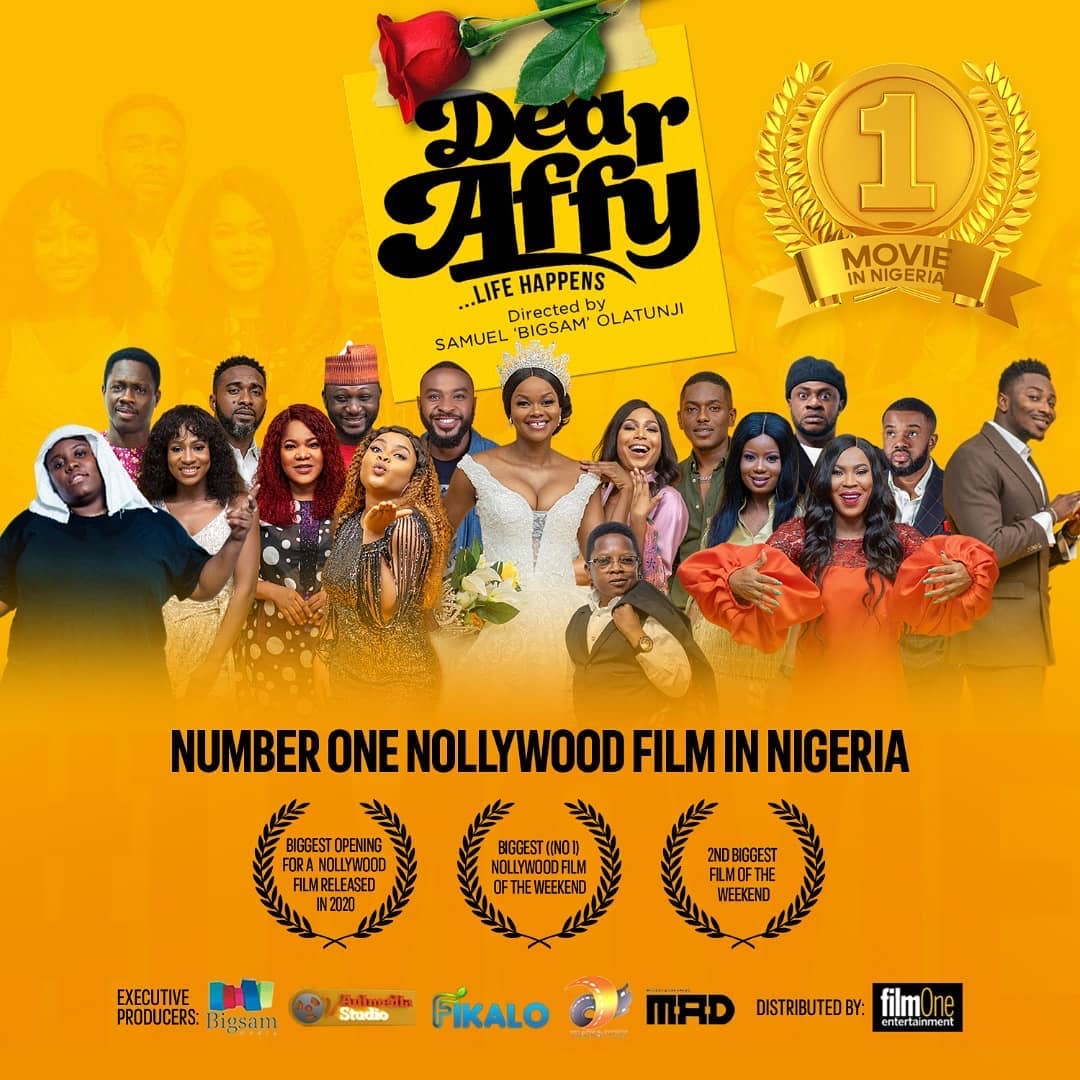 The hilarious movie starring Kehinde Bankole, Toyin. Abraham, Enyinna Ewigwe, Chinedu Ikedieze, Odunlade Adekola, Hafeez Oyetoro, Bimbo Ademoye and a host of others still showing at the cinemas nationwide.
“One of the most spectacular Nollywood movie I have seen. You cannot guess the end” – this is how someone described ‘Dear Affy’.

List Of All The Nollywood Movies Found On Netflix

The number of Netflix users around the world continues to grow, and many Nigerians, including those who live abroad, are using Netflix to enjoy...
Read more

Over 50 Nollywood movie stars among other dignitaries from different sectors gathered at the Filmhouse Cinemas, IMAX, Lekki on Sunday, August 25 for the...
Read more

All is set for a new kind of love experience this valentine as the trailer for the much-awaited romantic comedy, 'Dear Affy' is finally...
Read more

These are good times for lovers of ‘Dear Affy’ as the thrilling movie is set to be displayed at the latest edition of Nollywood...
Read more
- Advertisement -