As one of Hollywood’s
most famous, best international superstars, Jamie Foxx has been loved by film
audiences worldwide. For his outstanding performance in the biographical film Ray, he won the Oscar for Best Actor, British
Film Academy Award for Best Actor, Golden Globe Award for Best Music / Comedy
Actor. In the same year, he was nominated for an Academy Award for Best
Supporting Actor for his performance in the action film Collateral. Other outstanding characters include Django
in the film Django Unchained,
and the super villain “Electro” in The Amazing Spider-man 2. 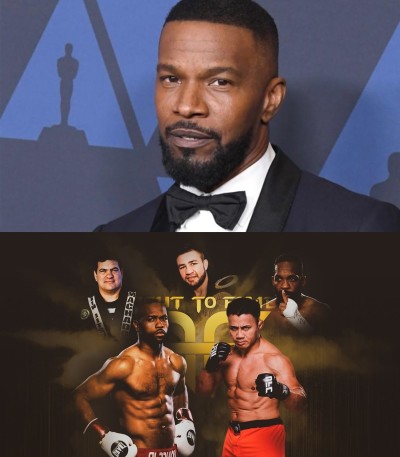 It is
understood that the new film When We
Pray produced by FightToFame Pictures in collaboration with Jamie Foxx and
co-produced by the well-known Hollywood film company CLS; the film is very
humanistic and tells about the touching story of two brothers worked as pastors
in different churches of a community.

Carrie,
a well-known film producer and founding chairman of FightToFame Pictures, said:
Jamie Foxx is not only deeply rooted in the acting skills of Hollywood
international superstars, but also the box office of his film has won the favor
of film audiences. This is the reason why FightToFame Pictures and the
well-known Hollywood film company CLS invested in the new film When We Pray by
Jamie Foxx. In addition to Jamie Foxx’s love of the film’s script, with the
understanding of Asian film market by FightToFame Pictures, we believe that the
film will be loved by audiences. In particular, FightToFame’s original film
mode cultivates and creates battle heroes, and plans to appear in the film.
This move will make the film loved by fans in many countries and regions around
the world when it is released worldwide, and get a good performance at the box
office.

“Philip Diaz, founding chairman of Cinema Libre Studio,
well-known Hollywood producer, director, and president of the FightToFame BMS
Film Committee, said: “It is an honor to work with such a talented and
passionate person. Because Jamie Foxx, I am very happy that our new partner
FightToFame Pictures has given Jamie a completely free creative space to produce a story that he has
always wanted to tell from his heart, thus launching this new and unique
collaboration. “

Jamie Foxx is about to work with Michael B. Jordan and Bry
Larson in Warner Bros.’s legal drama Just
Mercy, directed by Destin Clayton, and has been well received. Next, he
will show his voice in Disney / Pixar’s first black character-led animated
film, Soul, which will be screened on
June 19.