Taraba State Governor, Arc. Darius Dickson Ishaku, and USAID effective water supply and sanitation services E-WASH has signed a Memorandum of Understanding (MoU) to improve the management and delivery of Water and Sanitation to the people of the state.

The new MoU was signed during a teleconference meeting between the two partners held recently.

Gov. Ishaku who was highly elated after the meeting said his administration was working hard to ensure that reliable water and sanitation services reach 90 percent of the state before the end of his second tenure.

The programme is to help the people of the state live healthier lives through reliable access to clean water.

The MOU signed by the two partners underlines the commitments on their part to jointly develop a professionally managed, commercially oriented and accountable state water board.

In a statement released in Jalingo by Mr Bala Dan-Abu the Governor said the MoU will be achieved by improving the water board’s financial viability and strengthening policy, institutional and regulatory frameworks for better WASH service delivery.

The USAID is promoting a 60.4 million Dollar “Effective Water, Sanitation and Hygiene (E-WASH) services in five states including Taraba.

Read Also:  Thinking Of Auditioning For BBNaija? Here’s What You Should Know! 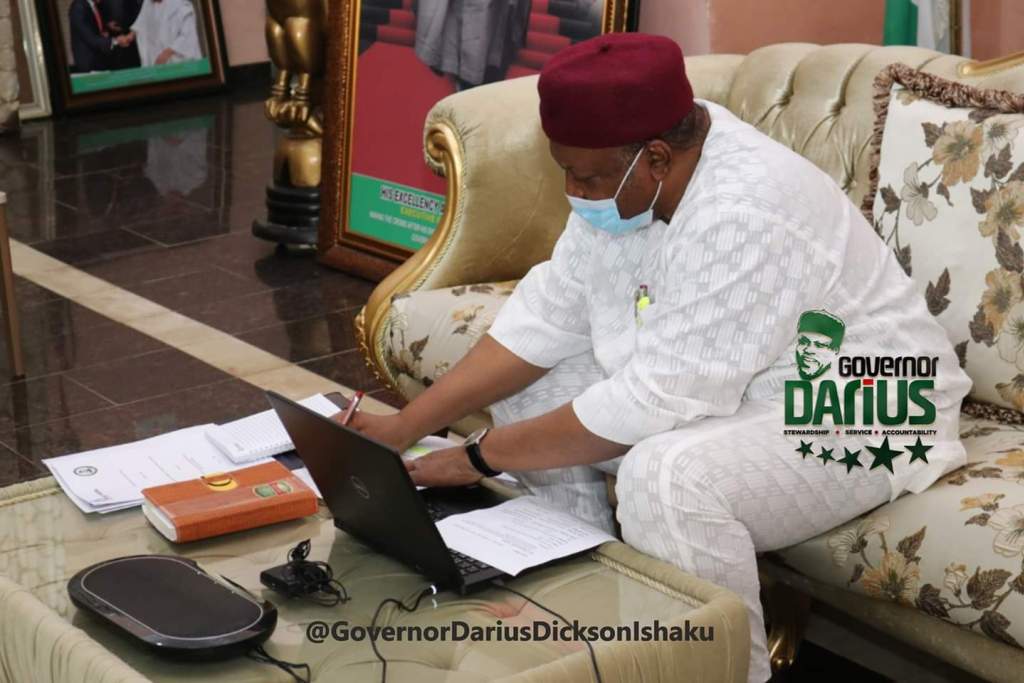 Governor Ishaku described the MoU as a remarkable milestone.

“We believe we have the potential to provide not only the best water service delivery in the country but in all Africa.

“In the next four years, USAID’s E-Wash will spur the mobilization of an additional 50 million dollars from public and private sources.

“It will also provide access to piped clean water to, at least, 500,000 households.”

The statement also quoted Mr Stephen M. Haykin, USAID Mission Director during the teleconference as saying COVID-19 pandemic has added greater emphasis to the importance of water sanitation and hygiene.

“The collaboration marked by this agreement will help Taraba chart a part towards a better performing water board and will raise the quality of services for the health of their customers,” Haykin was quoted as saying.

Our correspondent reports that Taraba is the first among the benefiting states to key into the plan of action since the Federal Government’s declaration of clean water as a national emergency.

Governor Ishaku is also the first governor to conduct the visual meeting with USAID E-WASH programme on water supply in Nigeria.

In a bid to enhance production capacity and further increase its market share, shareholders of Dangote Sugar Refinery Plc (DSR) have given the nod...
Read more
Business & Economy

"There's something so special about a woman who dominates in a man's world. It takes a certain grace, strength, intelligence, fearlessness, and the nerve...
Read more

FGN Bonds The FGN bonds space continued its tales of halves, bullish at the head while the belly and the tail remained bearish. We saw...
Read more

Paxful, a leading peer-to-peer bitcoin marketplace that aims to bring financial inclusion and access to the underbanked and unbanked in developing countries, has joined forces...
Read more
- Advertisement -