AMREF Health Africa has partnered with NRG Radio, Choice FM, Fun X and a host of personalities across the continent for a mega campaign dubbed #WeAreOneAfrica to sustain various communities and groups through the Covid-19 pandemic.

Themed Inspiring Action, the campaign will seek to inspire audiences to support the front liners and the vulnerable communities with 100% of all proceeds from a virtual concert going to the AMREF Health Africa Crisis Response Fund set up for this purpose. 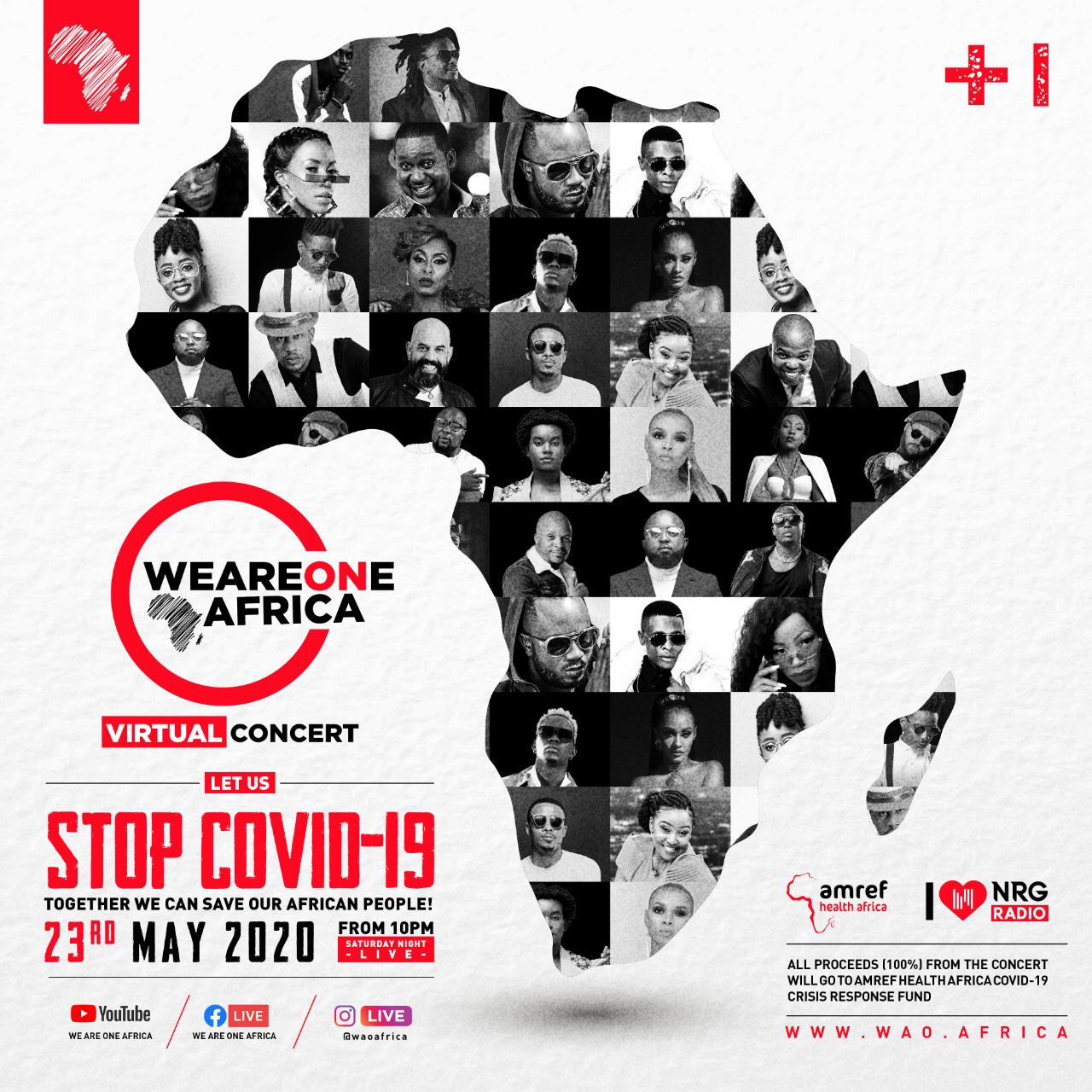 The campaign will seek to further create awareness during these unprecedented times and get fans across to act decisively and collaboratively to intensify and maximise all efforts to contain the virus and get through the pandemic.

The virtual concerts which began last Saturday, May 23rd will be held every consecutive Saturday at 10.00 pm on all WAO Africa’s social platforms on Facebook, Instagram, Youtube with proceeds received going to the response fund. Fans can tune in for an evening of electric entertainment for a good cause as we stand in solidarity with the globe in the fight against Covid-19.

Media and comedy personalities who also have come together in support of the campaign include Betty Kyallo, Jalang’o, Eric Omondi, Salvador, MC Jesse and Churchill among others.

In the recent weeks, we have seen what started out as an epidemic become a global pandemic following the rapid spread of COVID-19 (Coronavirus) and has in one way or another affected our day to day lives.

Countries across the continent have heightened efforts to prevent widespread infections and take strong action to mitigate the impact and it is indeed a time we require sustained and coordinated action by both public and private sectors to avert devastation.

Read Also:  #ECOFEST19: Nigeria’s Foremost Comedy Festival Returns This May, To Focus On The Future Of Comedy

Diageo to unveil Johnnie Walker whisky in paper bottles in 2021

The gaming industry is huge. In 2019, gamers spent $152.1 billion on buying titles and paying for in-game items. This figure was almost 10%...
Read more
Business & Economy

In a bid to enhance production capacity and further increase its market share, shareholders of Dangote Sugar Refinery Plc (DSR) have given the nod...
Read more
Business & Economy

Funds raised will go to the World Food Programme and UNICEF for COVID-19 assistance for children and families in need YouTube and ViacomCBS Networks Africa,...
Read more

As 2019 draws to a close, it’s a good time to reflect on favourite songs, playlist, artistes and even albums of the year. Based...
Read more