The National Security Adviser (NSA), Mohammed Babagana Monguno, last week led a high-level delegation of security leaders to some states facing security challenges in the North-Western zone of the country.

According to him, the delegation was sent by President Muhammadu Buhari to commiserate with them over the recent killings of innocent people by bandits and to discuss with governors and paramount traditional rulers of those states on how best to end the menace. 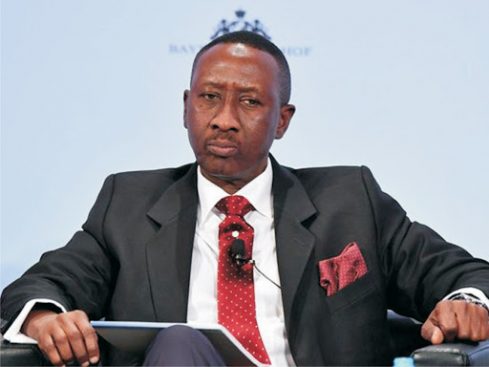 While at the Sultan’s Palace, Monguno was quoted to have said that “the security situation in the Northwest was giving Mr President sleepless nights, thus resolved to deal with the challenges and enhance security in the region.

It was learnt that successes being recorded as a result of the ongoing joint military operation in those places wouldn’t have been possible without the support of the locals who know their terrain better.

Impressively,  a total of 3,567 cattle, 2,499 sheep, 973 goats, 15 camels and 14 donkeys were recovered. Also, over 104 kidnapped victims have been rescued at different times from bandit’s camps, while 48 suspected kidnappers were arrested with lots of ammunition, magazines, firearms and locally fabricated weapons.

These recoveries were made since the inception of the ongoing onslaught code-named ‘Operation Hadarin Daji’ against the bandits in the area and other parts of Zamfara and Katsina states.

Similarly, dozens of bandits were said to be neutralised as camps of notorious armed bandits, including  Adamu Aliero was destroyed in Zamfara and Katsina states.

The Sarkin Gobir of Sabon Birni, Alhaji Isa Muhammad Bawa, talking about his area where 105 people were recently killed by bandits, commended the military for the ongoing operation, saying “we are now sleeping soundly, unlike before when we were experiencing attacks almost on daily basis.

“The moment we receive information and notify the army, they respond swiftly,” he said

The bandits usually invade areas that are remotely located and because of bad roads, land soldiers always find it difficult to foil their attack but thanks to the involvement of airmen who now provide them with air support.

The district head said the attacks had reduced drastically, adding that “we only hear of them coming to some villages, picking one to two people and running away but there are no more killings now”.

The monarch added that the attackers were mostly from the neighbouring Niger Republic and Zamfara state, adding that their mission was only to kill people and steal their animals and other properties.

Another resident of the area that sought anonymity, said there was no killing in the area since the commencement of the joint military operations, which he said was succeeding.

According to him, the military was now in control of the situation and the people in the area have been providing them with useful information about the whereabouts of the bandits.

In order to improve on their present momentum, there is a need for closer coordination and collaboration between the security agencies of Nigeria and the Niger Republic. We know that several meetings were held in both countries but what is required is the fruitful outcome from such interactions, particularly as the bandits keep coming into the country from Niger. It is learnt that there is a joint border patrol between the Nigerian military and Nigerien troops to checkmate the situation.

This collaboration was said to have begun in September 2018 and it led to the capture of a kidnap kingpin (Mahamadu Issa) on 2nd April 2019. A reliable security source revealed that the Niger Republic had not operated in Nigeria until last week when they had a hot pursuit of bandits into the Nigerian territory of Burkusuma “which is allowed based on security bilateral agreements between the two countries.”

But this collaboration still needs to be strengthened for enhanced border security.

More result would also be achieved when the communication centre planned by the state government through which security agencies would promptly receive distress calls for quick action. Similarly, the locals need to cooperate and support the ongoing military operation by showing appreciation for the efforts being made by the military to win their hearts and minds. It is expected that the locals who have a better knowledge of their terrain should continue to provide some information that will assist the military in their task.

However, this effort would not yield tangible results, if politicians would not desist from politicising the issue of security in their areas, as doing so can jeopardise the effort being made by the security agencies to crush the bandits.

Governor Aminu Tambuwal had once identified religious ignorance as one of the main reasons why they engaged in banditry and therefore tasked the major religious bodies to intensity preaching on the sanctity of human lives, using the electronic media, especially radio and equally take the campaign to villages. This is a very important suggestion because it has been discovered that many of the bandits were quite ignorant of their individual requirement as dictated by religious tenets.

I am also in support of the governor’s suggestion for legislation to not only outlaw the possession of illegal arms but stipulate death sentence or life imprisonment for violators.

Conclusively, the men conducting the operation Hadarin Daji also need to be commended for clearing the road linking Sokoto to other parts of the northwest, which were hitherto a travellers’ nightmare. They have salvaged Bungudu, Anka, Shinkafi, Talata Mafara, Gummi, Gusau and Bukkuyum local government areas, which were formerly easy targets for bandits. But despite these achievements, just as the Sultan once said “more needs to be done to rid the region of criminal elements, particularly, bandits”

President Muhammadu Buhari Thursday in Abuja instructed the security chiefs to be alive and diligent to their responsibilities and allow Nigerians to sleep with...
Read more
- Advertisement -