African lenders on the rise across the continent – The Banker

While South Africa’s banks remain top of the pile in Africa, it’s lenders at the opposite end of the continent that have seen the biggest gains in The Banker’s Top 1000 World Banks rankings.

After seeing their Tier 1 positions slip back the previous year, South Africa’s big four all saw growth in 2019, even as economic problems in their home market continued to grow. Standard Bank Group continues to top the pile, its Tier 1 capital rising by 8.16% to $10.5bn in 2019, even as its position in the overall Top 1000 fell to 152nd place from 149th last year.

Second-placed Nedbank fared a little better, adding 12.2% to its Tier 1 capital and climbing four places in the overall ranking to 169th position. Absa Group and Nedbank both improved eight places in the Top 1000 ranking, coming in at 190th and 232nd positions, respectively. 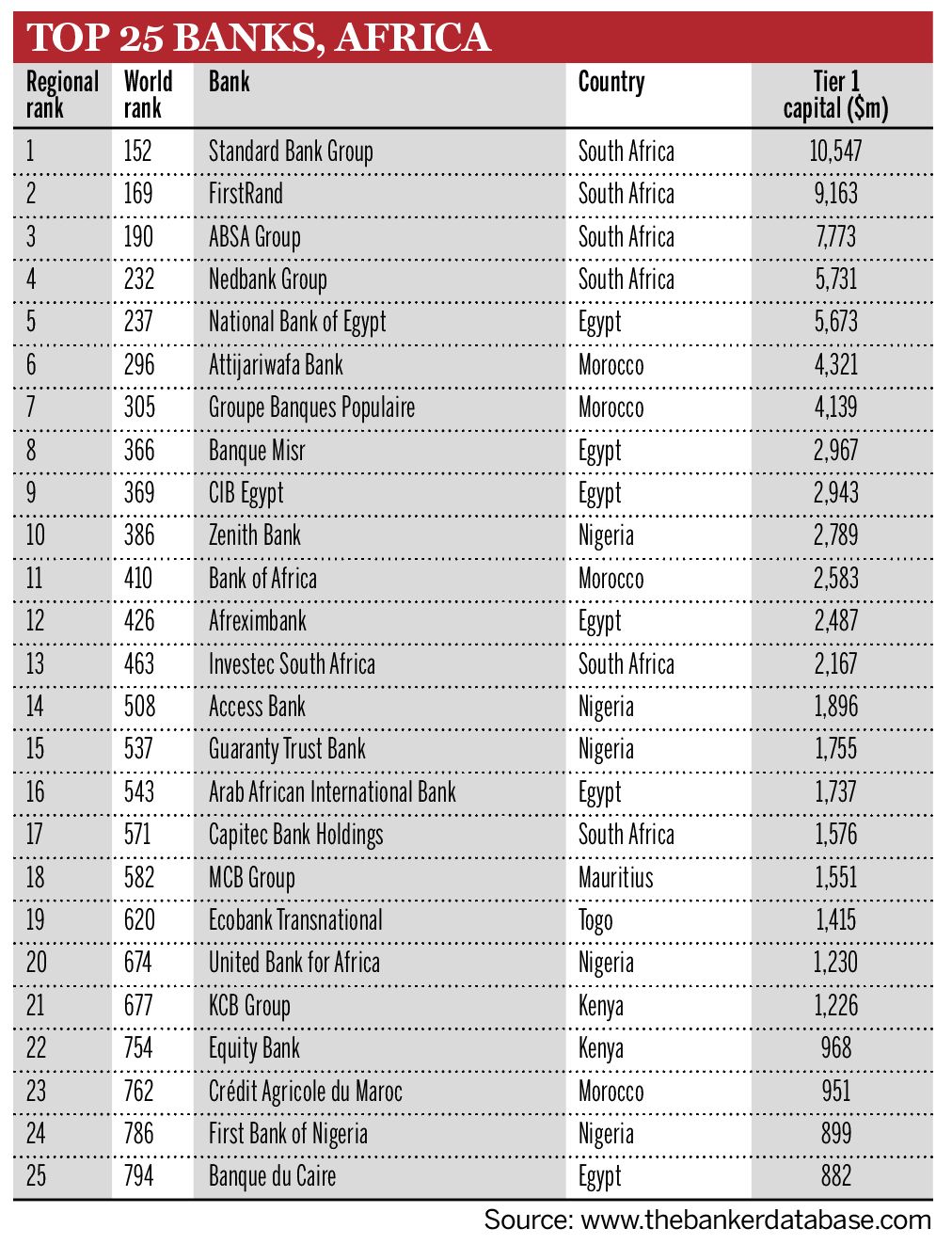 Banque du Caire, the second-highest mover in 2019’s regional rankings, went one better this year, recording a 76% increase in Tier 1 capital. CIB Egypt came in close behind, with a 74.8% growth rate, with Faisal Islamic Bank of Egypt rounding out the top three with a 68.2% improvement in its Tier 1 position.

In addition to its position as the continent’s best growth (and the 12th best growth worldwide), Banque du Caire ranks in the fifth position in Africa in terms of return on capital (ROC), with 28%. Banco Angolano de Investimentos of Angola tops the list with 40.2%, followed by Nigeria’s Guaranty Trust Bank (36.5%) and last year’s number one, Banco de Fomento Angola (35.0%). In fourth place comes Investec South Africa, its ROC boosted by the divestment of its asset management business in March 2020.

While Egypt continues to dominate in terms of sheer growth on the continent, also noteworthy has been the growth story of its north African peers. Banque Nationale Agricole of Tunisia and Morocco’s Credit Agricole du Maroc were also among the continent’s top 10 gainers, with Tier 1 capital increases of 34.2% and 18.3% respectively.

A new Ipsos survey for the World Economic Forum finds that, on average across 30 countries and markets surveyed,...
Read more
Business & Economy