The Government of Ekiti State on Monday took delivery of two Toyota Hiace Ambulances donated by MTN Foundation; the Corporate Social Responsibility Arm of MTN Nigeria, in support of the state government’s efforts at curtailing the Covid-19 pandemic. 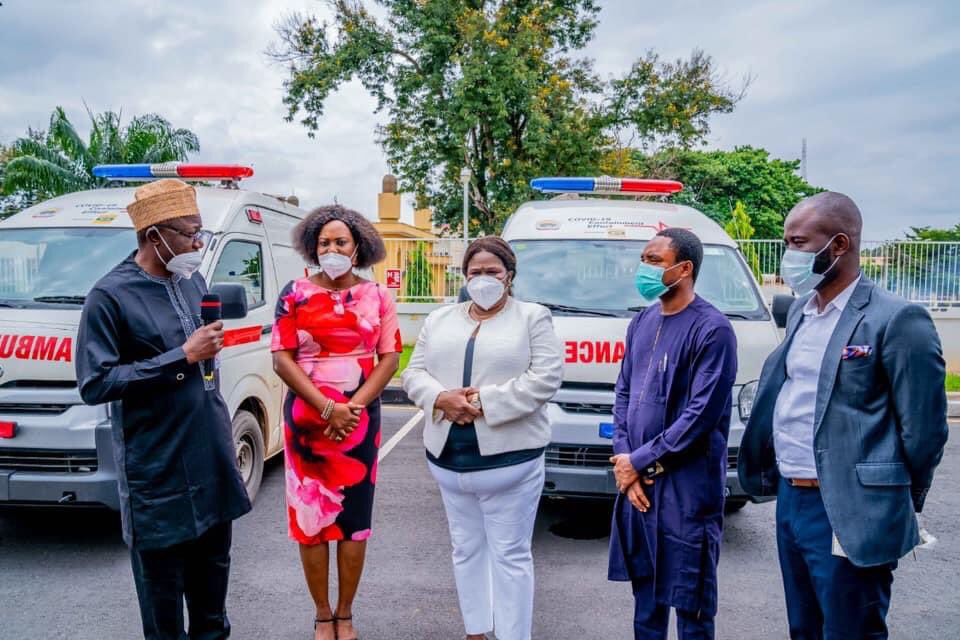 Speaking at Governor’s office where the donation took place, Dr. Kayode Fayemi commended MTN for supporting the State Government in winning its battle against the virus.

Dr. Fayemi, represented by His Chief of Staff, Biodun Omoleye, assured the donor that the State government would use the ambulances for the purpose it was donated for. 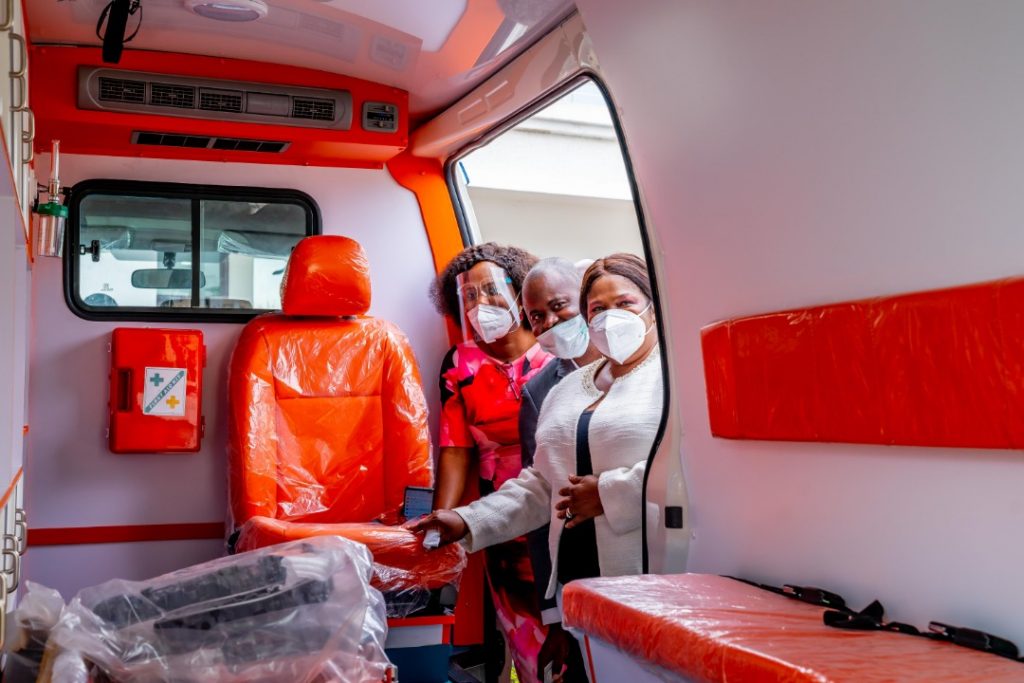 Fayemi promised that his administration would continue to promote a business-friendly atmosphere that would guarantee the success of private institutions in the State.

He said: “It is quite the prayer and desire of the people of the State, that this pandemic finds its way out of the country. We appreciate your gesture at this time. We are proud to be associated with you and we pray that your business will continue to grow higher, you will never lack in any of your endeavours. 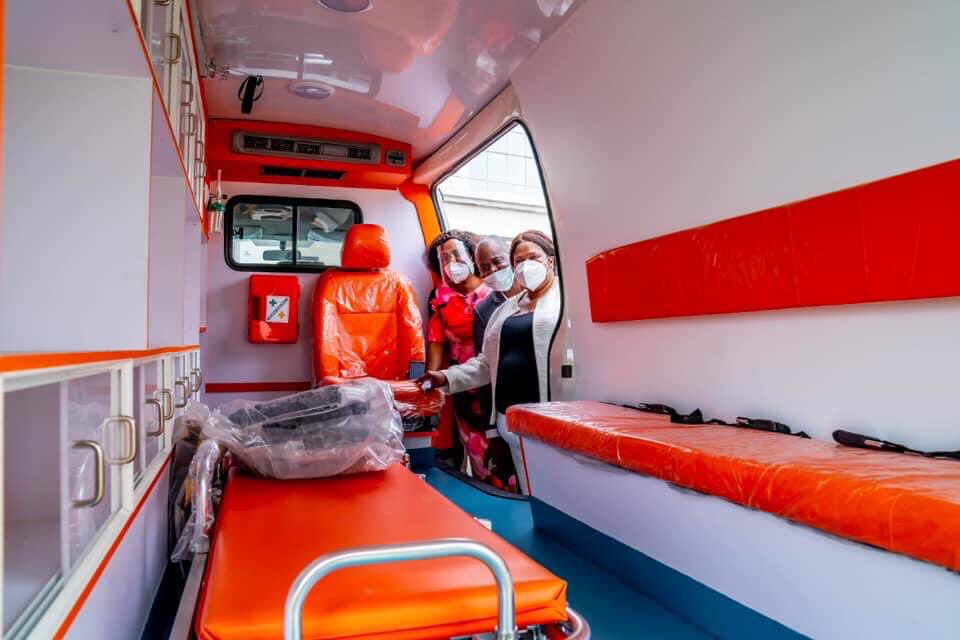 “We are already partnering with you because you have your customers among Ekiti residents, we will continue to offer you the best.

“These ambulances will be used for the purposes it was meant for. You can be assured of that. We look forward to a greater partnership with you.” 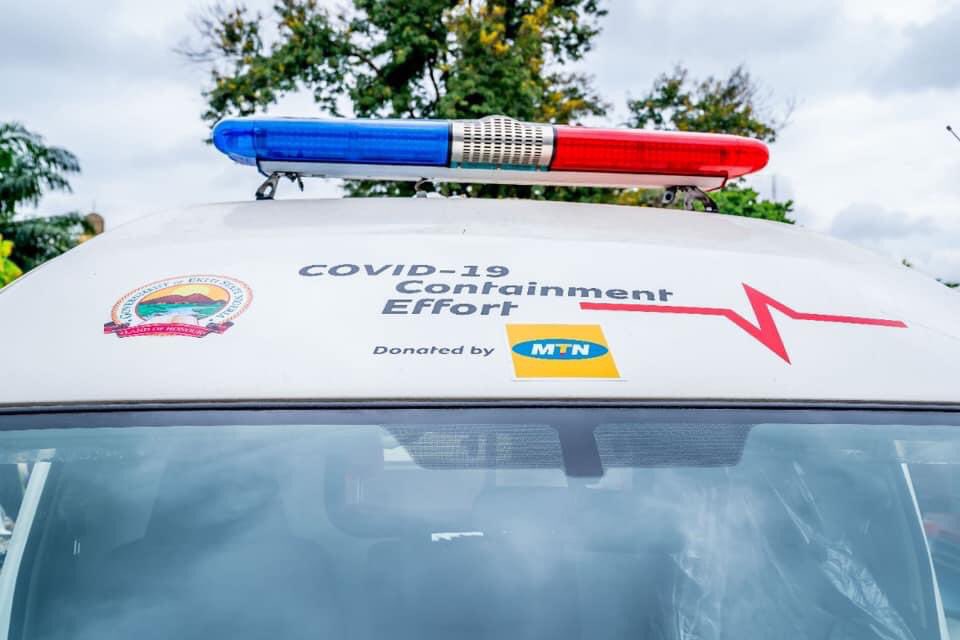 In her remarks, the Commissioner for Health and Human Services, Dr. Mrs. Mojisola Yaya-Kolade, said the ambulances which were well equipped with state-of-the-art facilities would save lives. 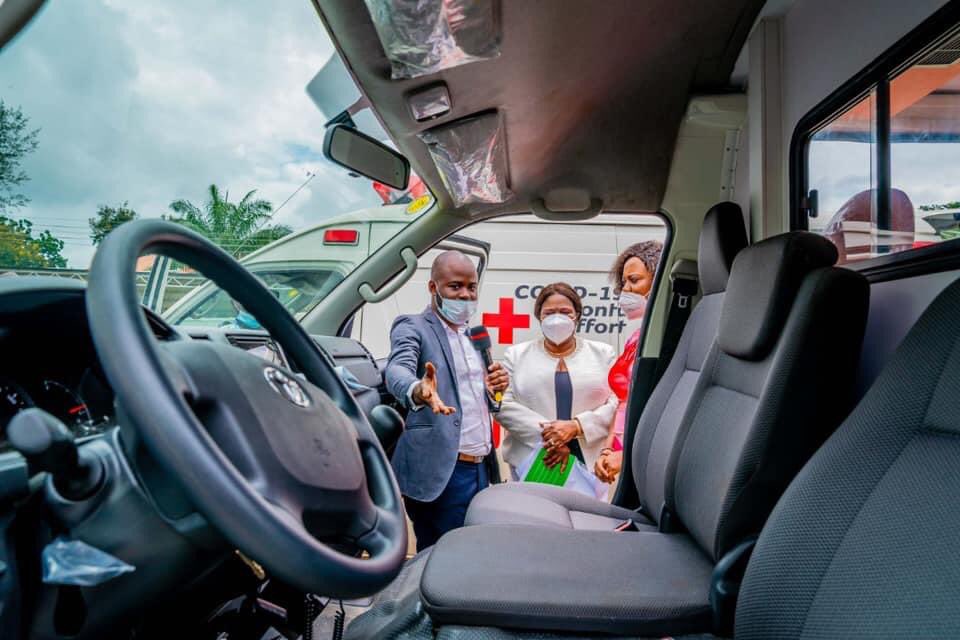 Dr. Yaya-Kolade who revealed that the State Government has conducted pilot testing in four Local Governments of the State with the use of Geographical Information System (GIS) to locate household that would be tested, said with what the ambulances were equipped with, it can be used to stabilize any patient in critical condition.

According to the Commissioner, “we have the oxygen cylinder, the oxygen concentrator, the sphygmomanometer, the instructing pump, the neck brace, well equipped, that can be used to stabilize any critical patient.

“Thank you I truly appreciate it, it will be used to the benefit of mankind, these would save lives.”

She mentioned that the pilot sampling has been done in Ikere, Emure, Ise, and Gboyin local government of the State with over 950 samples taken.

The Commissioner further revealed that the State has recorded a total of 63 persons that tested positive to the virus, while 40 have been treated and discharged, 21 were currently receiving treatment and only two deaths have been recorded.

Also the Special Adviser to the Governor on Development Partnerships, Mrs. Margaret Fagboyo appreciated MTN for being part of the spirited individuals contributing to the course of fighting the scourge in the State.

The representative of MTN Foundation, Mr. Abayomi Ogunleye who is the team lead for Ekiti State, said the donation was part of MTN efforts in supporting the Ekiti State Government to fight Coronavirus in the State.

Mr. Abayomi, who was accompanied by the team lead, Sales and distribution for Ondo State, Mr. Temitope Ogunsola and other staff of the organisation said; “MTN as an organization puts people and the environment where it operates in the fore and that is why it is donating these two Ambulances to the Government of Ekiti State as support towards the curtailment of Covid-19 in the State and Nigeria.”

MTN Nigeria Communications Plc (MTN Nigeria) has issued a statement to clarify the news in the media regarding the dispute with banks and our...
Read more

Bowing Out in Grand Style: Nonny Ugboma and the Legacy of Success at MTN Foundation

On Thursday, April 1, while many people around the world were busy pulling hilarious pranks on their family and friends, one of Nigeria’s finest...
Read more

MTN Nigeria is now exploring other electronic payment platforms for its customers to recharge their phones. The mobile network operator announced that customers can now...
Read more
- Advertisement -