Leading African directors, including Kunle Afolayan and Merzak Allouache, hailed the EOS C500 Mark II with elevating their latest productions. Alongside the inauguration, Canon unveiled a knowledge-sharing initiative for the African filmmaking community. 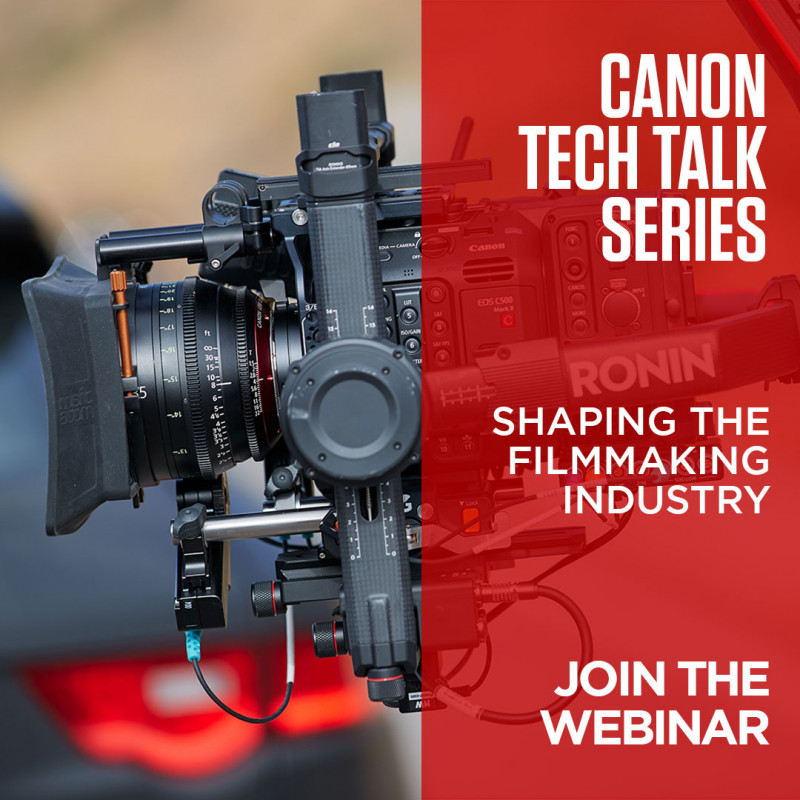 This is the Future of Filmmaking

Created with the expertise and technical knowledge at the heart of Canon’s innovative products, the latest in the EOS range offers a customisable full-frame cinema camera experience that is built for creative freedom. 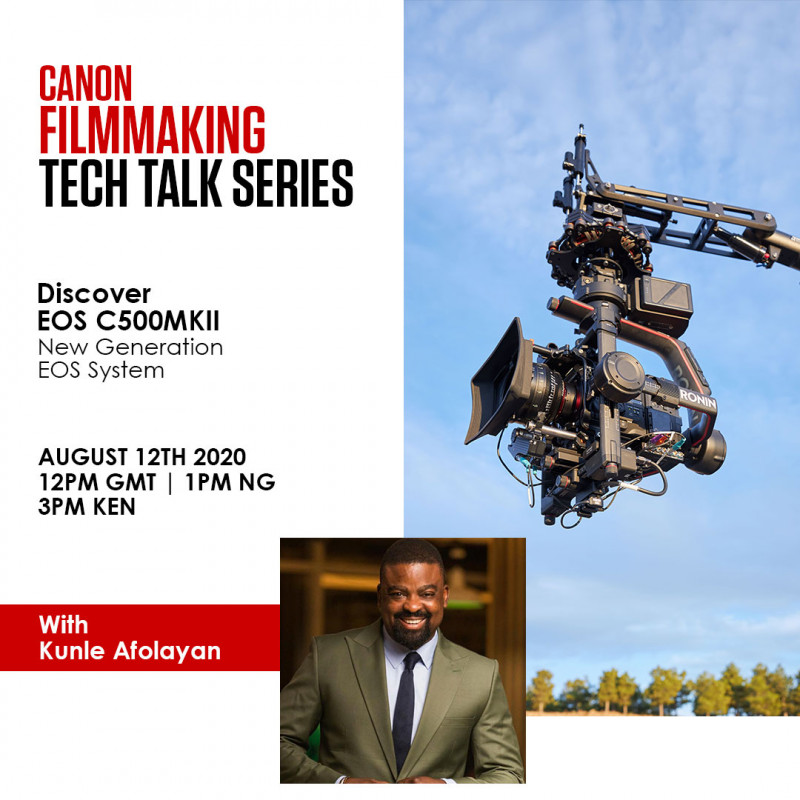 At the pinnacle of the offering is the first camera in the range with the ability to record 5.9K Cinema RAW Light onto new, faster storage media – CF express cards. Providing professionals with greater flexibility and efficiency plus a simultaneous recording of the same file format is also possible due to dual CF express card slots.

“Canon’s continuous relationship with empowering the African creative market via innovative technology has supported the rise of Africa’s content. Our focus is on offering leading industry know-how and award-winning cameras and lenses built for enthusiast and professional level creatives,” says Amine Djouhara, Sales and Marketing Director at Canon Central and North Africa.

“The Cinema EOS range is the perfect expression of form and function, exceptionally adaptable to virtually any production with its modular design, and we are excited to see what Africa’s talented filmmakers create.” 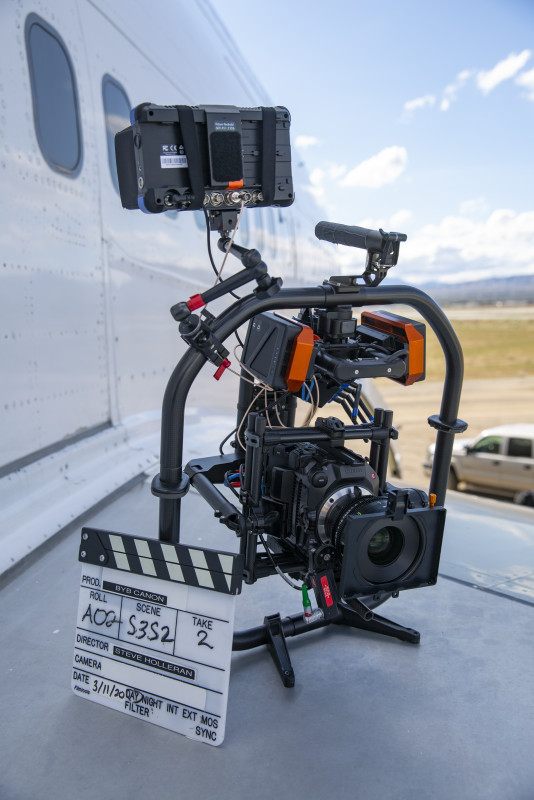 In Nigeria, award-winning actor, producer and director, Kunle Afolayan, knows how independent filmmakers can be empowered by technology to share their stories with a global audience.

Afolayan’s films are part of a growing number of African contributions to the global online platform Netflix. His latest creation, Citation, explores the important issue of sexual exploitation of young female Nigerian students by their professors. For this gritty, hard-hitting movie, Afolayan chose the new EOS C500 Mark II from Canon. 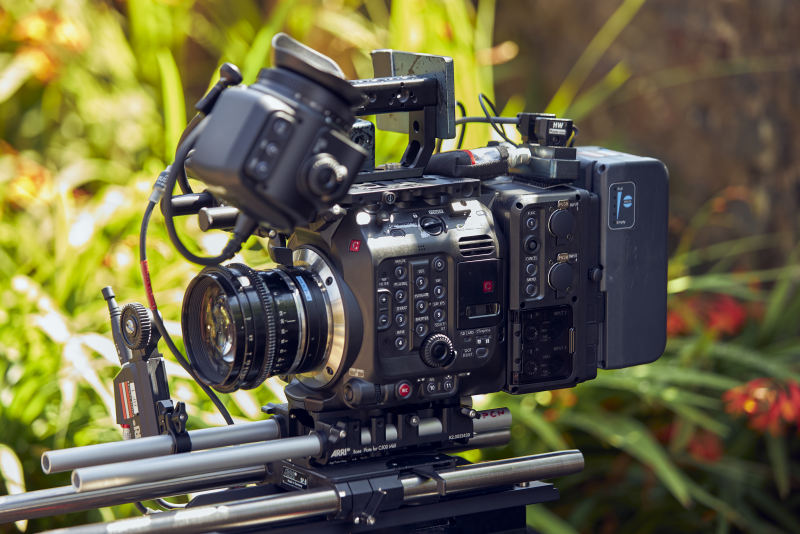 “I first saw the Canon EOS C500 Mark II at IBC 2019 and I was amazed at its capabilities. Normally it’s not a director’s place to tell a director of photography (DOP) what kit to use, but I always wanted to shoot in 4K full-frame, and I knew that this camera would make it to the Netflix approved list, which was vital for this production,” said Nigerian actor, producer and director, Kunle Afolayan.

“Thankfully Jonathan Kovel, the DOP working on my new film, loved the camera, therefore, we were able to shoot Citation with the Canon EOS C500 Mark II, which gave us another level of authenticity and creative freedom.”

86-year-old Allouache marks his come back with a new cinematographic masterpiece UNE FAMILLE, that plunges the audience deep into an intensely real political and family drama. 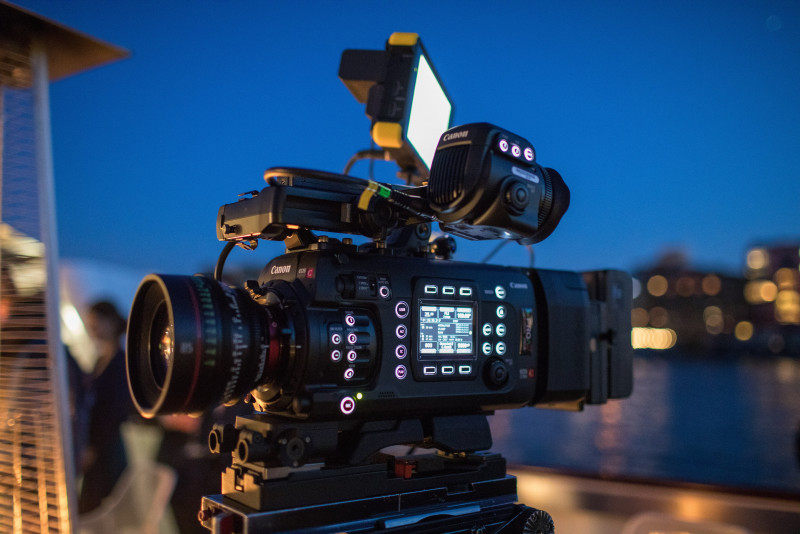 “The film benefited from the technology provided by Canon. The production team was provided with a Canon EOS C500 Mark II camera and a range of Cine Lenses and accessories so that the film could be shot entirely in 5.9K at 24 fps.

The EOS 5D Mark IV and EOSR were also used throughout, to shoot the film and to photograph the behind-the-scenes footage,” said Hamoudi Laggoune, the gifted Algerian cinematographer chosen to work alongside Allouache on the new film. “The camera provides complete flexibility and freedom to choose the image formats, bokeh effects and lenses that are best suited to the filming conditions,” he added.

The Canon EOS cameras are more than just the choice for the established leaders in the film industry. Their agile imaging solution is well suited to a wide range of tasks and experience levels.

Canon’s cinema cameras, EOS DSLRs and lenses continue to be adopted by the movie industry for their high quality and dependable design. They are also the first choice with professional filmmakers, as evidenced by the 2020 Academy Award nominees and winners.

To help support all aspiring and established filmmakers during these challenging times, Canon will begin a three-month knowledge-sharing initiative with over 42 pro-video webinars called Canon Tech Talk Series for the film market in Africa.

On August 11th, the first webinar will feature Canon’s Amine Djouhara, alongside African film legends Hamoudi Laggoune and Kunle Afolayan. The opening session will explore the features of the Canon C500 Mark II, sharing their experience with the camera during their recent high-profile productions.

Fans of these talented directors will get an exclusive behind the scenes perspective on their work and the equipment they trust.

After this special first webinar, the CCNA team will continue with a series of Canon Tech Talk webinars on changing the face of filmmaking, covering vlogging, streaming, colour science, post-production, and a range of other film-making classes.

The remaining 18 webinars divided between beginner and professional courses in three different languages (English, French and Arabic), ensuring everyone can continue to learn and grow during these strange times.

“Now more than ever, we must come together to ensure that the global standstill does not set us back in our careers or our passion-projects,” says Amine Djouhara, Sales and Marketing Director at Canon Central and North Africa.

“During these challenging times, this series of webinars offer a virtual developmental tool to maintain the evolution of critical skills for continued and sustainable growth of the film industry,”

To register for the first Canon Tech Talk Series free webinars starting on August 12th, please click on the relevant links below:

Aerial Shot: The Pandemic and the Film Industry

Canon has announced a new and easy-to-use desktop scanner, designed with flexible USB and WiFi connectivity, to support small businesses wherever their workspace is...
Read more

Yam feeds, nourishes, and provides a living for millions of people in sub-Saharan Africa and beyond. In the largest am-producing country in the world,...
Read more
- Advertisement -