New Guidelines to Commence on August 27

The issue surrounding new guidelines for the regulation of E-hailing Taxi Operations has now been put to rest following a meeting between the Lagos State Government and the representatives of the E-hailing Operators in the State on Friday.

The meeting, which was held at the Lagos House, Marina and chaired by Governor Babajide Sanwo-Olu, was in response to the allegation by the operators that the State Government was planning to clamp down on e-hailing transport operations with the new operational guidelines, alleging that the aim was to ban all e-hailing business similar to what was done to commercial motorcycles and tricycles.

Briefing the newsmen on the outcome of the meeting, Commissioner for Transportation, Dr Frederic Oladeinde, disclosed that the State Government and the operators have agreed to reduce the e-hailing operation fees by 20 percent.

He added that the meeting also unanimously adopted the new regulations, after the parties involved jointly reviewed and fine-tuned some of the contentious items in the framework, stressing that the new regulations were not initiated by the Government to extort the operators and drivers in the business but meant to regularise the ride-hailing operations in line with security measures.

According to him, “The meeting agreed that enforcement of the new regulations will now take off ‪from August 27, 2020, instead of ‪August 20, 2020, initially announced by the Government. By implication, the operators now have an additional seven-day extension to comply with the Government’s regulations”.

While noting that the parties also agreed on procurement of comprehensive insurance by the e-hailing companies to cover their drivers and passengers, Oladeinde revealed that the State Government had granted all drivers on the e-hailing platforms an extension of 90 days to perfect all documents and licenses required for operation, including drivers licence and Lagos State Residents Registration Agency (LASRRA) cards.

He further disclosed that the Government would create a special office for the drivers to fast-track necessary registration and documentation before the deadline while the operators have acceded to the Government’s position on thorough background check on the drivers for security and improved service delivery.

The Commissioner averred that all parties agreed to checkmate the illegal bypassing of e-hailing mobile apps by unscrupulous drivers, who take passengers offline to collect cash, warning those involved to desist from the fraudulent act as the Government’s enforcement team would arrest defaulters.

Speaking on the controversial issue of data, Oladeinde said: “We are not asking the e-hailing companies to release detailed data. All we are asking from them is the data for trip movement so that we can calculate the right charge and levy due to the Government. This data is to be supplied weekly”.

While noting that there was no burden of additional levy on passengers patronising the e-hailing services, he urged the e-hailing companies to work with stakeholders in the business for a better relationship.

Also speaking after the meeting, the Honourable Commissioner for Information and Strategy, Mr Gbenga Omotoso, said there had been no strain in the relationship between the e-hailing operators and the State Government, pointing out that the new regulations were not to impose a tax burden on the business.

He said: “There is no iota of truth in the speculation that the Lagos Government is introducing a new tax regime. The introduction of the new regulations is about the security and smooth running of the business. It is all about ease of doing business in the State”.

The National President of Professional E-hailing Drivers and Private Owners Association (PEDPA), Comrade Idris Sonuga, praised Governor Sanwo-Olu for listening to the demands of the operators, saying the new regulations would enable the drivers to go about their businesses without harassment by law enforcement agencies.

According to him, “The meeting was successful. Governor Sanwo-Olu has done justice to all the grey areas. I use this opportunity to thank the Governor because he means well for the e-hailing community. I urge drivers to comply with the regulations and the deadlines given by the Government”. 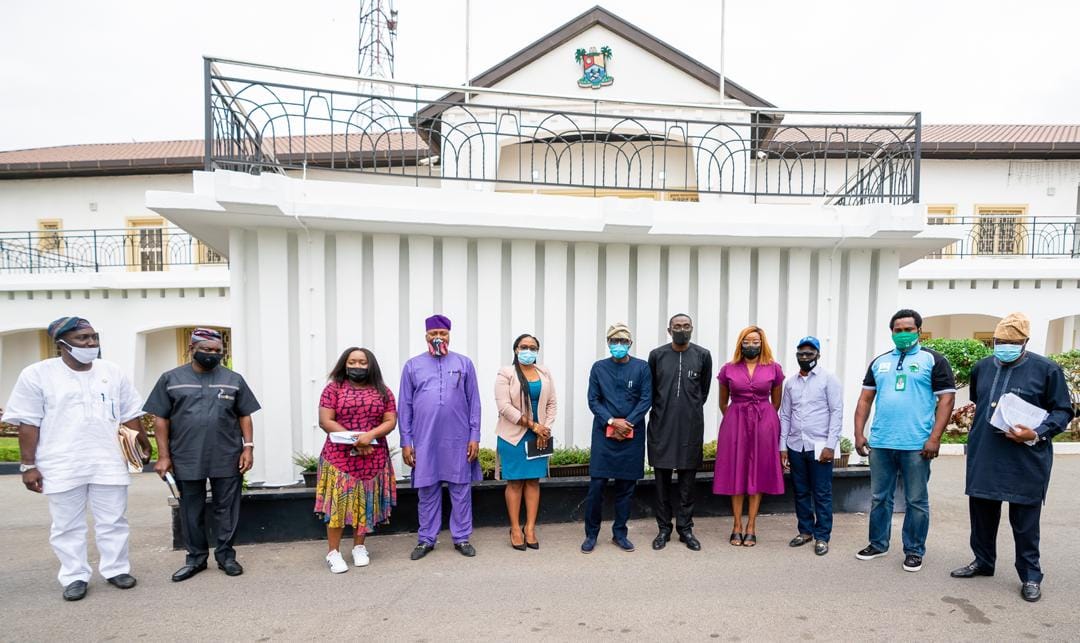 The Chief Executive Officer of BMP Car, Mr Ezekiel Ojo, who spoke on behalf of the e-hailing companies, confirmed that all the operators were in agreement with the outcome of the meeting.

Other representatives of e-hailing firms that attended the meeting included Abisola Odukoya of Bolt Nigeria and Tola Odeyemi of Uber Nigeria.

The department of Community and Primary Healthcare of the Lagos State University Teaching Hospital (LASUTH), in collaboration with Abiye Maternal and Child Health Foundation,...
Read more