Lagos and London – August 27, 2020: The Board of Directors of Seplat Petroleum Development Company Plc is pleased to announce the appointment of Ms. Arunma Oteh, OON and Mr. Xavier Rolet KBE as Independent Non-Executive Directors of the Company, joining the Seplat Board with effect from October 1, 2020. 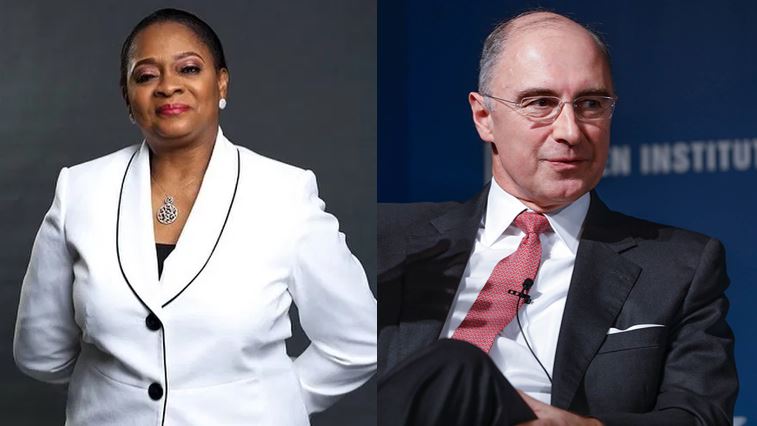 Ms. Arunma Oteh, OON is a seasoned C-suite executive with several years of experience operating at the highest levels at major multilateral agencies, global financial institutions and in Government. She has been an academic scholar at University of Oxford since January 2019 and a member of the London Stock Exchange Africa Advisory Group since January 2020.

She was responsible for a $600 billion derivatives portfolio used for hedging and risk management purposes. She had oversight over a treasury operation with an annual cash flow of $7 trillion and led an extensive public sector financial advisory business, pioneering a number of innovative solutions such as the world’s first-ever pandemic bond in 2017 and blockchain public bond in 2018.

She also served on Nigeria’s Economic Management team, chaired by the Nigerian President. Previous to SEC Nigeria, she worked at the Africa Development Bank for 17 years in a variety of roles including Group Vice President, Corporate Services (2006 to 2009) and Group Treasurer (2001 to 2006).

Her career started in 1985 at Centre Point Investments Limited, a Nigerian investment bank. Ms. Oteh has also served on several Boards, notably, the International Organization of Securities Commissions(2010 to 2015) which regulates 95% of the world’s securities markets. She obtained a first-class honours degree in Computer Science, from the University of Nigeria Nsukka in 1984 and a Master’s degree in Business Administration, from Harvard Business School in 1990.

She has received several recognitions, notably, the Officer of the Order of the Niger (OON) National Honour for her contribution to the economic development of Nigeria and role in transforming the Nigerian capital markets. She was also named the 2014 Ai Capital Market Personality of the Year and among New African’s “100 Most Influential Africans of 2015”.

In 2018, she was honoured as the Ai Global Institutional Investment Personality of the Year, and in 2020, was named both the top 100 people in the UK of African heritage, by Power list and Africa top 50 women by Forbes.

Mr. Xavier Rolet, KBE. is an experienced CEO, Co-Founder, and Entrepreneur. Named as one of the 100 Best CEOs in the World in the 2017 Harvard Business Review, Mr. Rolet has demonstrated a history of successful turnarounds in the global financial services industry.

In his decade at the helm of the London Stock Exchange, the LSE’s market valuation rose from £800m to more than £15bn, transforming it into one of the world’s largest exchanges by market capitalization. He is currently the Chairman, Board of Directors at Phosagro PJSC, a member of the Board of Directors of the Saudi Stock Exchange Tadawul as an appointee of the Public Investment Fund, and an Expert Adviser to the Shanghai Institute of Finance for the Real Economy.

“The Board of SEPLAT is delighted to be joined by two such distinguished international business leaders.

Both Arunma Oteh and Xavier Rolet bring extensive expertise in the fields of regulation, capital markets and business governance and their knowledge and wisdom will be a great addition to our Board. SEPLAT has a great future ahead and I look forward to the immense contribution they will make towards the continuing success of the Company .”

This announcement is being made in accordance with Rule 4 of the Nigerian Stock Exchange Amended Listing Rules and Rule 9.6.11 of the UK Listing Rules.

Seplat is pursuing a Nigeria-focused growth strategy and is well-positioned to participate in future asset divestments by international oil companies, farm-in opportunities, and future licensing rounds. The Company is a leading supplier of gas to the domestic power generation market.

Seplat announces that the Court of Appeal sitting in Lagos has today suspended the Order of Interlocutory Injunctions made by the Lagos Federal High...
Read more

Seplat Announces the Retirement of Two Board Directors