This week on African Voices Changemakers, CNN’s Arit Okpo meets Tiwa Savage, one of Nigeria’s most successful artists, to talk about her latest album and how she’s helping women in the music industry and beyond. Tiwa Savage’s music fuses afrobeat, R&B and pop, and her award-winning sound is internationally celebrated.

Like most people around the world, Tiwa Savage’s life has changed massively because of the coronavirus crisis. She speaks about how the pandemic has impacted her work, “The Instagram live performances or the online performances are just not the same. Cause you just don’t have that instant reaction from your fans and the audience. So, you’re kind of performing and you’re hoping whoever’s watching is dancing or groovin’ or whatever they are in their home.” 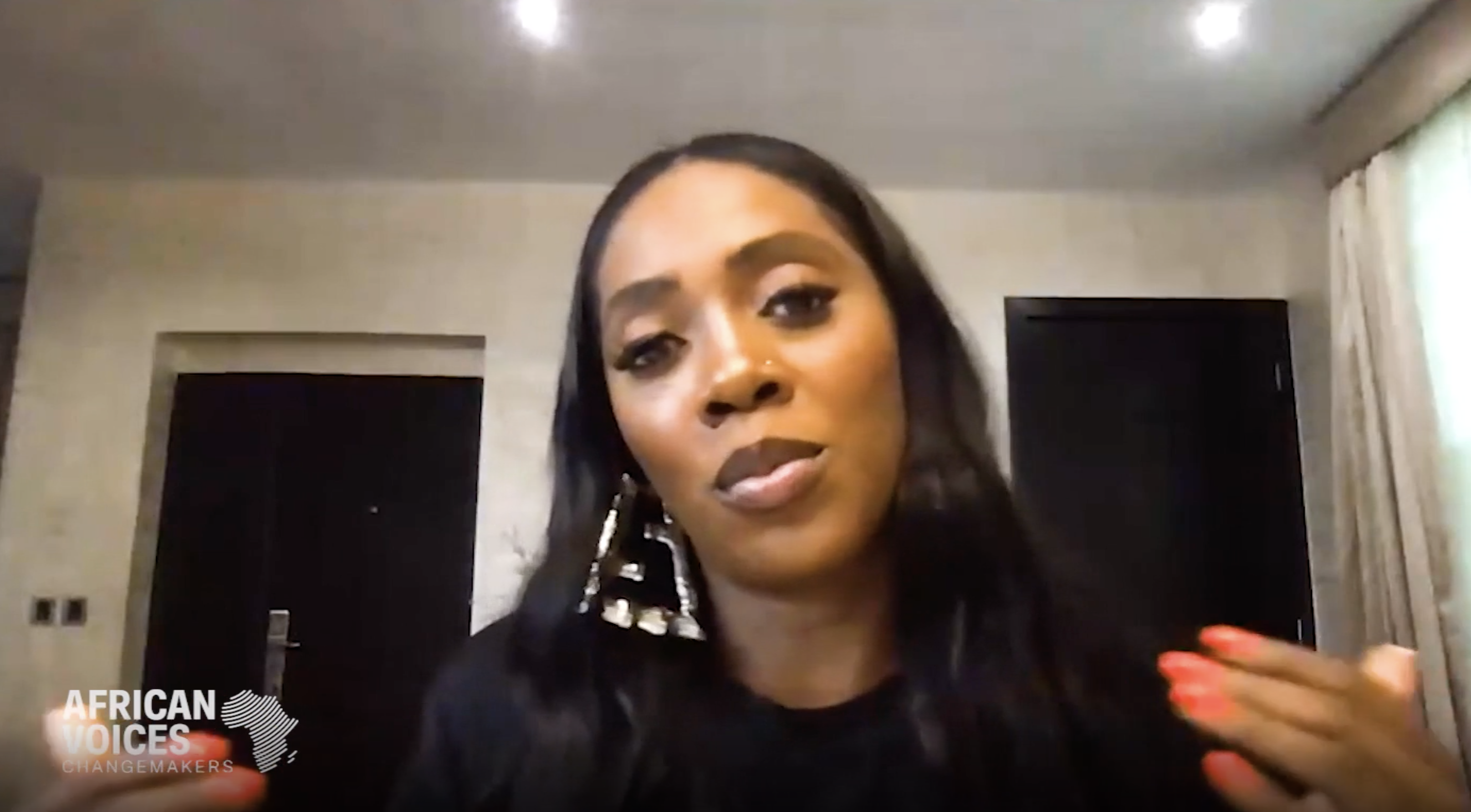 In 2018, Tiwa Savage was named ‘Best African Act’ at the MTV European Music Awards. She tells CNN she wants to use this platform to encourage more women to enter the music industry, “There is a void and we need more female artists singing from our perspective, singing what we go through, our heartache, how our pains, how we want to be bosses, how we want to be vulnerable mothers, wives, whatever it is.”

Tiwa Savage also discusses the beginning of her career, saying that her mother’s support was crucial, “When I wanted to go into music many years ago, it was not cool. Like my aunties and cousins would be like, ‘You can’t make money from that. You can’t find a husband who wants to marry a musician.’ Like, and (her mother) was just like, ‘Nope, my daughter says she wants to go into music’. And she literally was adamant in supporting me.”

Tiwa Savage’s new album ‘Celia’ is named in honour of her mother and celebrates the strength of women. She talks about the project, “I wanted songs from a female perspective, female voice and I wanted great afrobeat rhythm. I wanted us to be open to experiment and try great sounds and that’s exactly what we did. Every song it’s just powerful in its message.”

Outside of music, Tiwa Savage expanded her role as an activist, speaking out on issues such as rape, HIV/AIDS, and breast cancer. Her philanthropy was shown recently with the ‘We are Tired’ foundation, and she tells Okpo about this, “What I want to do is just start a platform where I can, you know, get money and be able to help some young ladies just get lawyers and fight their case. Cause I think a lot of them are one scared to even speak up and two, they don’t even have the money to even go through with it.”

Women’s empowerment has been a theme throughout Tiwa Savage’s life and work. She explains the importance of it in her industry, “It would be such a shame that we’ve been through all of these challenges and young girls, who are coming into the music industry will have to fight those same battles. So, I’m hoping we kick the doors down and we keep them open.”

Nigerian Music Sensation, Tiwa Savage, has been unveiled as the new and first brand ambassador of Twisco, a Premium Chocolate Drink Powder from the...
Read more