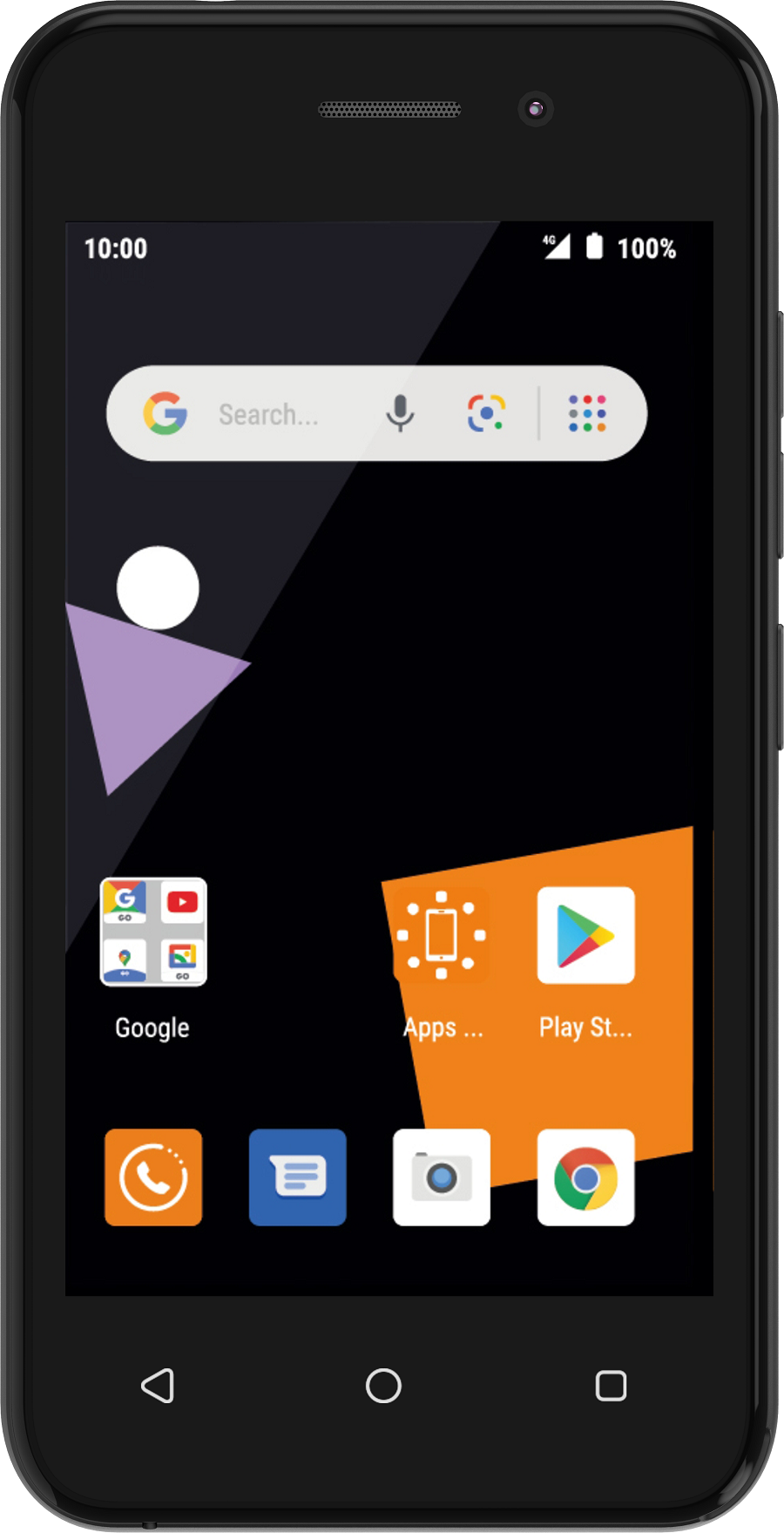 The affordability of devices remains one of the most significant barriers to smartphone adoption in Africa. The average cost of an entry-level smartphone in Africa still exceeds 60% of average monthly income making smartphones largely inaccessible for the majority of the population.

As part of the line-up of activities for the GSMA Thrive Africa 2020, Orange announced the Sanza touch – an exclusive Orange smartphone and the most affordable 4G Android (Go edition) device globally. This exciting new launch is supported by Google and builds upon efforts since the launch of Android (Go edition) in 2018 to accelerate the pace of digital adoption across the continent. The device will retail around 30 US$ and the ultra-affordable price point is intended to make it the most accessible on the market with the goal of driving digital inclusion and providing more people access to mobile internet.

The Sanza touch is an accessible alternative for everyone due to its price point and features including the Payjoy application, which allows customers to overcome budget issues by paying for their smartphone over several installments (depending on availability in their country [1]).

This 4G Android (Go edition) smartphone has a 4” screen, 8GB memory and a 1750mAh battery, offering over 4 hours battery life while streaming videos. Customers can use the Orange app collection (My Orange, Orange Money and Live screen to stay informed on the latest news trends) and access the most popular apps including YouTube Go, Google Go, Facebook and WhatsApp.

The Sanza range was first launched in April 2019 in 13 countries [2] in Africa and the Middle East, making it easier for many customers to come online for the first time and discover the benefits of connectivity.

From October 2020, the Sanza touch smartphone will be available with a bundled mobile data plan (voice, SMS, data) at around 30 US$. It will be sold in most countries in the Middle East and Africa region, starting with Guinea Bissau, Côte d’Ivoire and Madagascar.

For Alioune Ndiaye, CEO of Orange Middle East and Africa: “Orange wants to strongly accelerate access to connectivity on the African continent. One of the barriers to Internet use is the price and ease of use of most smartphones. The partnership with Google to offer the Sanza touch smartphone for sale will enable us to solve this problem thanks to its affordable price and advanced functionalities. While 90% of the world’s population is now covered by mobile broadband, 3.3 billion people who live in areas covered by mobile broadband remain unconnected for reasons such as affordability, low levels of literacy and digital skills.

Mariam Abdullahi – Director, Platform Partnerships, Android and Play – Africa for Google added: “Our mission at Google has always been to “Organise the world’s information and make it universally accessible to everyone”.  We deliver this mission through building and providing our products and services via key partnerships like this one with Orange.

“We are excited about the endless possibilities this Sanza touch smartphone will present in learning, economic opportunities and digital accessibility. The Goal of our Android devices, including this first-of-its kind highly affordable Android (Go edition) device, is to bring the power of computing equitably to all.  We can only achieve this mission if everyone is able to access devices at affordable price points to use in their daily lives and have access to the benefits presented by the digital world.”

Read Also:  Maltonic is back in the market after six years absence

Orange is present in 18 countries in Africa and the Middle East where it had 124 million customers on 30 July 2020. With 5.6 billion euros in turnover in 2019 and 6% annual growth, Orange MEA is the Group’s main region of growth. Orange Money, its mobile-based money transfer and financial services offer is available in 17 countries and has 54 million customers. Orange, a multi-service operator, benchmark partner of the digital transformation, provides its expertise to support the development of new digital services in Africa and the Middle East.

Orange is one of the world’s leading telecommunications operators with sales of 42 billion euros in 2019 and 143,000 employees worldwide at 30 June 2020, including 84,000 employees in France. The Group has a total customer base of 253 million customers worldwide at 30 June 2020, including 208 million mobile customers and 21million fixed broadband customers.

The Group is present in 26 countries. Orange is also a leading provider of global IT and telecommunication services to multinational companies, under the brand Orange Business Services. In December 2019, the Group presented its new “Engage 2025” strategic plan, which, guided by social and environmental accountability, aims to reinvent its operator model. While accelerating in growth areas and placing data and AI at the heart of its innovation model, the Group will be an attractive and responsible employer, adapted to emerging professions.

Less than three years before the competition kicks off, Orange has become an Official Sponsor of Rugby World Cup France 2023. The announcement was...
Read more

Orange announces the launch of its 5G network in 15 French municipalities, as of 3 December 2020, including Nice, Marseille, Le Mans, Angers and...
Read more

At the AfricaTech Festival international trade fair, Orange and its subsidiaries announced the commissioning and commercial launch of Djoliba, the first pan-African backbone. This...
Read more
- Advertisement -