Food inflation in Nigeria rose in October to 17.38 percent, compared to 16.66 percent in September 2020, the National Bureau of Statistics said in a report on Monday.

The rising food prices are caused by border closures, dollar restrictions and banditry attacks that are preventing farmers from producing food.

Nigeria’s inflation rate has climbed to a 30-month high, as it rose further to 14.23 percent in October, the latest figures by the National Bureau of Statistics (NBS) has shown. 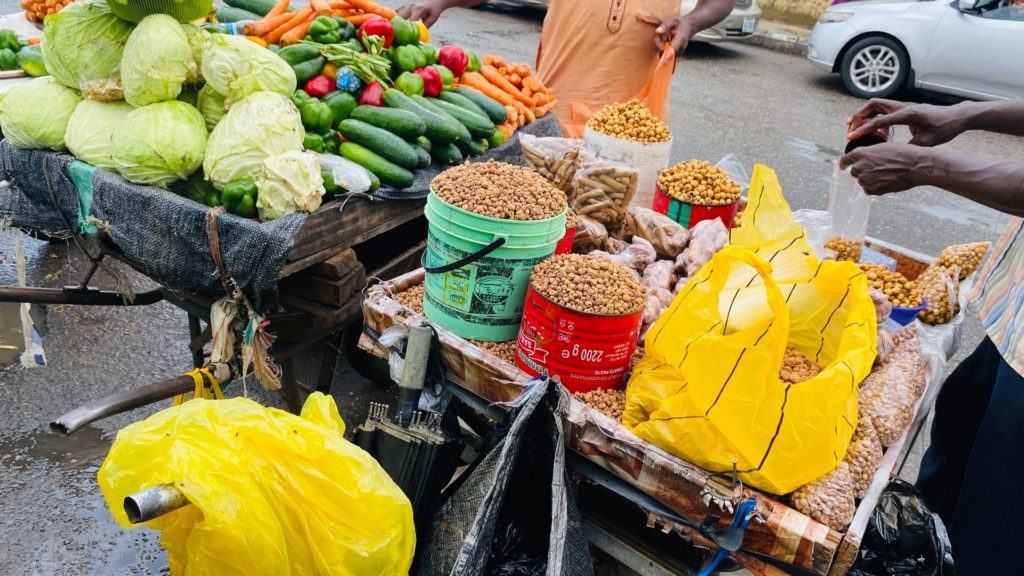 The report published on the website of the bureau shows that the new inflation rate is 0.52 percent points higher than the rate recorded in September 2020 (13.71 per cent).

“This rise in the food index was caused by increases in prices of Bread and cereals, Potatoes, yam and other tubers, Meat, Fish, Fruits, Vegetable, alcoholic and food beverages and Oils and Fats,” according to the bureau of statistics’ composite food index.

Read Also:  Nigerian Consumer Inflation edges up to 11.4% in May – NBS

How about States’ food inflation?

The ”All items less farm produce” or Core inflation, which excludes the prices of volatile agricultural produce stood at 11.14 percent in October 2020, up by 0.56 percent when compared with 10.58 percent recorded in September 2020.

On a month-on-month basis, the core sub-index increased by 1.25 percent in October 2020. This was up by

Read Also:  HEADLINE INFLATION TO DIP AGAIN TO 15.88% IN NOVEMBER

The average 12-month annual rate of change of the index was 9.96 percent for the twelve-month period ending October 2020 representing is 0.19 percent points higher than 9.77 percent recorded in September  2020.