The Lagos State Agricultural Development Authority (LSADA), in collaboration with the British-American Tobacco Nigeria Foundation, has trained catfish farmers to increase their potentials of processing catfish for export to international markets. 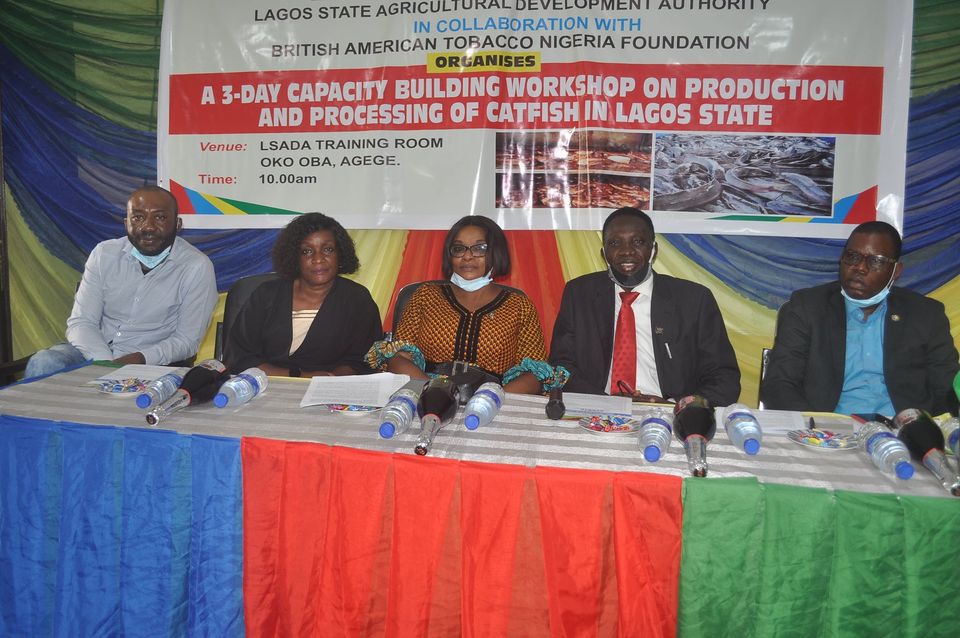 Speaking at a three-day capacity building workshop on Thursday in Agege, Lagos, the Commissioner for Agriculture, Ms Bisola Olusanya said that the catfish farmers in the agriculture value chain have the potentials of exporting their processed catfishes if equipped with the right information and knowledge.

Olusanya, represented by the Director of Fisheries in the Ministry of Agriculture, Mrs Olatokunbo Ibironke Emokpae, commended the British-American Tobacco Nigeria Foundation (BATNF), for its continuous support to the development of agriculture in the State, particularly at such a challenging period of the COVlD-19 pandemic which disrupted global socio-economic and financial systems, among others.

The capacity-building workshop, according to her, is geared towards fast-tracking the development of the agricultural sector in the State, while also boosting fish production and sustaining the existing efforts of the government in the area of food security.

She explained that the capacity programme is vital to the T.H.E.M.E.S development agenda of Making Lagos a 21st Century economy, adding that collaboration with the British-American Tobacco Nigerian Foundation would undoubtedly make the transition of Nigerian farmers from subsistence farming to sustainable commercial agriculture realisable.

In her words: “This initiative will also empower the next generation of agricultural change-makers, fish farmers in medium and small scale sector, thus creating wealth and job opportunities that will expand food production and increase revenue to the State Government in form of taxes and other levies.”

While describing farmers as the pillars of the agricultural sector and future of Nigeria after crude oil, she congratulated all the beneficiaries of the training programme and urged them to make good use of the opportunity provided by the capacity training to improve their standards of living, while cascading the knowledge acquired to other catfish farmers in their communities.

The Permanent Secretary in Ministry of Agriculture, Dr Olayiwole Onasanya, said that 200 farmers have been scheduled as beneficiaries of the training in four different categories in order to comply with the COVID-19 safety protocols. 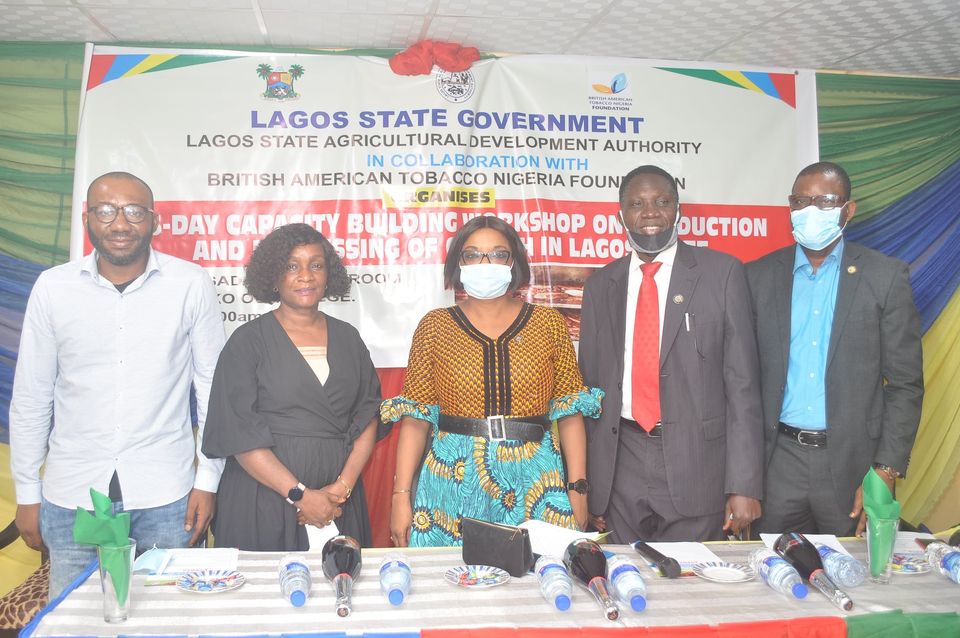 Speaking through the Programme Manager of the Lagos State Agricultural Development Authority, LSADA, Dr Olamilekan Pereira-Sheteolu, the Permanent Secretary explained that the trainees, who are representatives of different Cooperative Societies, are expected to extend the training to their colleagues.

The State Project Coordinator, FADAMA, Jonathan Obayemi, in his Goodwill Message argued that contrary to the general belief that funding is the most important issue among farmers, access to the right information and capacity building for farmers is priority above availability of funds.

While making reference to the population forecast about Nigeria and the urbanisation tendencies of the country, Obayemi stated that the development poses a challenge to farmers and at the same time portends greater opportunities for the entire stakeholders in the agricultural value chain.

He, however, challenged the leadership of LSADA to go beyond exposing farmers to training and capacity development opportunities to mentoring the beneficiaries and making sure they succeed.