Young Nigerian entrepreneurs must not cave in to executive blackmail – Ekeh

Serial digital entrepreneur and Chairman, Zinox Group, Leo Stan Ekeh, has advised budding Nigerian entrepreneurs to be wary of the rising threat of executive blackmail, noting that in the 21st century, they have to remain selectively deaf and dumb to be successful as too many people are talking at the same time.

The Zinox boss made this disclosure on Saturday during the fourth annual digital entrepreneurship case study forum which happened virtually this year with the theme – Salient issues that may distract Entrepreneurs in Africa. 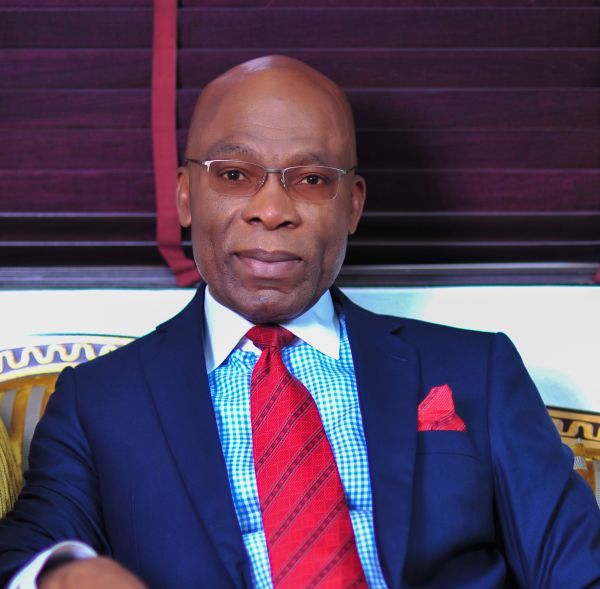 ‘‘Most of these people are mature blackmailers who feed and train their children with money criminally earned from blackmail. Please, you must stay focused on your business and never patronize them as that is their trade but they would gradually disappear as they hawk from one sector to another to survive. The social media gives a free platform to selectively reply and clear any doubts aimed at destroying your brand.

‘‘Things have changed and COVID-19 has forcefully enhanced the digitally profile of over 50% of urban population. Blackmailers and detractors are yet to come to term with the reality that the world has moved forward. Don’t patronize them. They are like armed robbers,’’ he warned.

Using himself as an example, Ekeh said it is a clear policy in his companies never to pay a kobo to blackmailers.

‘‘We will never do.  In the Third World and Nigeria in particular, it is an industry, so you must not patronize them. I am sure you have been reading a series of defamatory articles from Premium Times and their partner, Mr. Joseph Benjamin of Citadel Ltd, Ibadan against me and my company Zinox.

‘‘I made it clear to them that we do not engage with blackmailers but if they seek any clarifications, we are ready to make that available within 24 hours. In summary, we had published several times our position, that I do not know Mr. Benjamin Joseph and Zinox never transacted any business with him and he should please publish proofs, if otherwise. Premium Times is the only media house in Nigeria that has no eyes to see the truth, it can only be commercial.

‘‘First, Citadel Oracle Ltd, Ibadan has no reputation to transact business with any member of the Group except guaranteed by a credible company or person. How can I and Zinox be indicted, for what? We have no case against us in any court, the Police or EFCC. Please let him publish and tell the world which court in Nigeria summoned me and my staff and I refused to attend to them.

I am aware the same Joseph has been accused of attempting to blackmail Access bank Plc, EFCC, the former IGP and current senior Police officers, the Attorney General of the Federation, his Directors and also written the Vice President. After his petition was investigated by EFCC and Police and was found to be absolutely false, he was sued by the Police for false information.

I understand he has refused to appear in court to defend a case he reported but instead has chosen to work with the Premium Times to tarnish the image of credible Nigerians.

‘‘Mr. Joseph is well known for his antics and works with select media to blackmail and extort money from people. We are aware he is being sponsored by our competitors to destroy my global Platinum credit rating by writing rubbish but they forgot we are in the 21st century where data is king and that I have built my Group as a child of trust economy for over 35 years.

He is happily feeding on the fund he is collecting from our competitors and our competitors cannot withdraw from shooting out cash, else he will turn against them,’’ he stated.

In addition, Ekeh counselled participants not to toe the line of other unscrupulous business owners against their competitors.

‘‘Please never waste your time engaging blackmailers against your competitors. Stay focused, you will surely emerge. Blackmailers are loyal to cash and not you. As your business grows, you may not be able to micro–manage. If you receive complaints from customers, please investigate before you react.

When I read the fake news on the Joseph case, I hired some security consultants who dug into his past and present and I also investigated my staff and I have comprehensive intelligent report and that was why I called his bluff and that of Premium Times.

‘‘Quality security report saves companies a lot of cash. You must provide for it under your legal budget. We have been in business for 35 years. This is our first major blackmail attempt because a lot of people who tried it in the past withdrew on their own, because we will never pay.

Mr. Joseph has just hired one Damilola Olujide of SOL PR after credible media houses refused to accept the fake publication by Premium Times. It is just a smart move to add more publications to their fake news.’’

Continuing, Ekeh told budding entrepreneurs during the session that the second source of distraction are awards and recognitions.

‘‘I advise you to focus on building successful business and don’t waste your time looking for awards when you have built nothing. In Africa, you have seen companies win awards as the best in their sector, only to file for bankruptcy same year. Immediately you focus on awards and different recognitions, you have started to fail, but when you truly achieve, you will be sought after and you know you really earned such recognitions.

Read Also:  Unilever to divest most of its tea business but keep parts of Lipton brand

‘‘During our time, awards by perception was proof that you are very successful. This time around, a lot of people can use their devices and remotely know the health of your company. Again, using my companies and myself as a good example, we are in an unusual business which is technology business and we only stayed focused on technology-related awards and recognitions. We have politely rejected many non-related and political-driven awards because it does not add value to our companies.

‘‘You must appreciate the fact that some of the organizers are innocent and just want to recognize you or your company. Be selective and accept awards that add impetus to your brand. It is important to build a structured company that will win quality awards in future.

Last month for example, I received a letter from AMAC Abuja for a street to be named after me. I thanked them but could not reconcile why a street should be named after me because I have a different view about life.

‘‘All my colleagues, friends and families know that I don’t want to be celebrated after my death because I am not on earth to be appreciated. They proposed a street which I funded the construction with my friend and still it did not make sense to me because the intention wasn’t for it to be named after me. On their own, they named it after me.

Yes, I know I have reasonably achieved and could be so honored, but frankly, what value does it add to me, my family and group? I am not a status-driven entrepreneur, so cannot reconcile it. I have written to appreciate them with a clause and that is confidential. Again, please focus to achieve and all other things shall come to you as a right,’’ he stated.

‘‘This will answer a lot of queries you people raised when the HealthPlus controversy broke out. Conscience, you may like to note, is the biggest asset God gave to us free of charge, but a lot of people ignore their conscience and build wealth that end up destroying them.

It is more important to build wealth that earns you respect amongst friends, colleagues and families. You must prick your conscience in your relationship with customers, partners and even enemies. This is the only way to sustain prosperity and peace of mind.

‘‘First, I want to state here that I have the highest regard for Mrs. Bukky George, founder and CEO of HealthPlus. It is extremely difficult for a man to achieve the pharmacy chain she has built. There is no way on earth I would support the hijack of her company and by a foreign company for that matter.

‘‘It will be spiritually wrong for me to think anyone at all should not benefit from the sweat of his or her effort. Like I explained, I do not and will not own a kobo share in any of their companies.

I only advise those who seek my advice and that was what I did and may be it was innocently misunderstood, but I consider Mrs. Bukky George a brilliant entrepreneur and she has realized the truth and we are best of friends again. You must have a forgiving mind to be truly successful.’’

The serial digital entrepreneur concluded by advising them that as they build, they must learn from their past mistakes to strengthen the future.

‘‘To be successful and sustain it in Africa, you must be close to God, or Allah if you are a Moslem.  There is a lot of envy if you are perceived successful, but the future holds a lot of promises as most of the obstacles today would have been dismantled in the next 15 years,’’ he concluded.

The forum which held via Zoom also witnessed a question and answer session from participants.