It was a close race right to the finish line for the top luxury car brands in the US in 2020. For the second consecutive year, BMW clinched the top spot.

According to the research data analyzed and published by Stock Apps, the Bavarian automaker sold a total of 278,732 units during the year. Compared to its 2019 tally, that marked a 17.5% sales decline. Its best-selling model was the X3, which posted 59,941 unit sales.

The Munich-based company had a strong Q4 2020, contributing significantly to its crossing the finish line in the first place. During the three-month period, it sold a total of 98,750 cars. Thanks to this impressive rebound, BMW’s unit sales in Q4 2020 were a mere 2% lower than Q4 2019.

Generally, Mercedes’ SUV lineup had a strong year in the US accounting for close to 65% of total annual sales. However, Mercedes was not the second best-selling premium brand. The honour went to the Japanese brand Toyota Lexus, which sold 275,041. There was a difference of only 125 units between the second and third best-sellers.

Compared to the two German brands, Lexus had the best year in terms of percentage decline, dropping by 7.7% only. Lexus RX was its top-selling model, posting 101,059 unit sales, almost as much as BMW and Mercedes’ best-selling models combined. 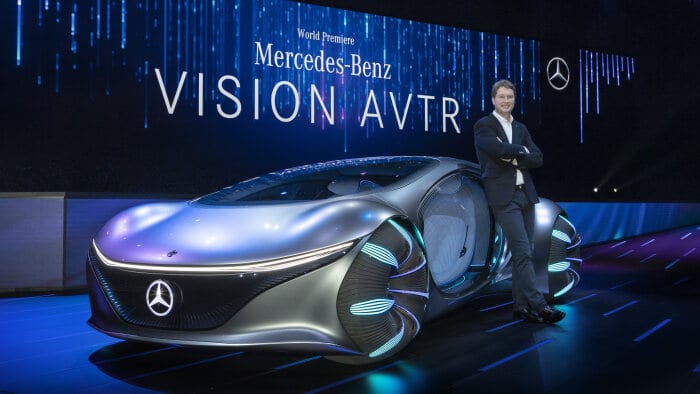 Worldwide Vehicle Sales of Mercedes-Benz in 2020

On a global scale, Mercedes-Benz narrowly outpaced BMW to secure the title of the best-selling luxury vehicle brand worldwide in 2020. It was the fifth consecutive year in which Mercedes beat its archrival and topped the ranks.

It is worth noting that while its sales in North America and Europe sank compared to 2019, the Asia Pacific market saw a 4.7% increase. China was the major force behind the uptick as it had a sales increase of 11.7%.

The GLC was its best-selling model during the year, moving a total of 320,000 units. Mercedes reported a 12.9% increase in SUV and crossover sales during the year. For its all-new S-Class, there are more than 40,000 customers on the waiting list.

Mercedes, BMW and Volkswagen’s Audi have had over 60% of China’s luxury car market under their control for years according to Bloomberg. But while the Chinese market drove their growth in 2020, they ceded share to Tesla and electric upstarts, Nio and Li.

In response to the growing threat from these brands, the aforementioned German car brands are rapidly expanding their offerings of electric vehicles. Daimler is planning to launch four purely battery-powered EV models in 2021, including the EQA compact set to launch in January. Meanwhile, BMW is planning to double its offering of pure EVs and hybrids to 25 by 2023.

Anniversary and premiere at Mercedes-Benz: The first new Mercedes-Maybach S-Class from Factory 56 is also the 50-millionth car from Mercedes-Benz to roll off the...
Read more

Generations of Innovation: The Mercedes-Benz S-Class

With every generation throughout its storied history, the Mercedes-Benz S-Class and its predecessor models have consistently set new and previously unimaginable standards in automotive...
Read more

World premiere of the MBUX Hyperscreen on January 7th on Mercedes me media For Mercedes-Benz, 2021 marks the beginning of the next chapter in the...
Read more
- Advertisement -