Konga: The making of a true African e-Commerce Unicorn

The global e-Commerce wave has birthed an aggressive rise of super-structures, led by the likes of renowned international players such as Amazon and Alibaba. With much of the narrative in the ecosystem tilted towards these giants, Africa remains seemingly left behind, or at best, not reckoned with in the global scheme of things. Yet, a lesser-known Konga.com is putting the continent on the map, writes Dr. Boakye Awoonor

Does Africa have a thriving, reliable standard-bearer in the global e-Commerce race? 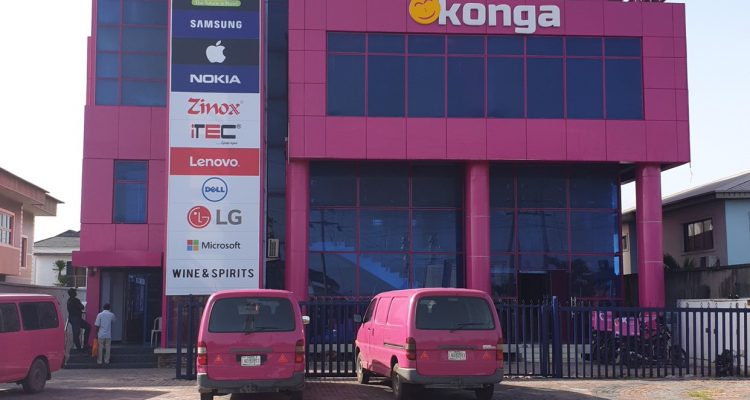 Many have pointed to the well-publicised travails of German-headquartered Jumia, which flattered to deceive after raising hopes with an ambitious IPO which later fell flat after being derided, among other things, as a ‘fraud’ and ‘worthless’.

But in spite of the bashing Africa took in the face of the Jumia debacle, it is exciting to read that a high-level panel of industry experts has identified Konga, currently under new ownership, as the name to watch on the continent. 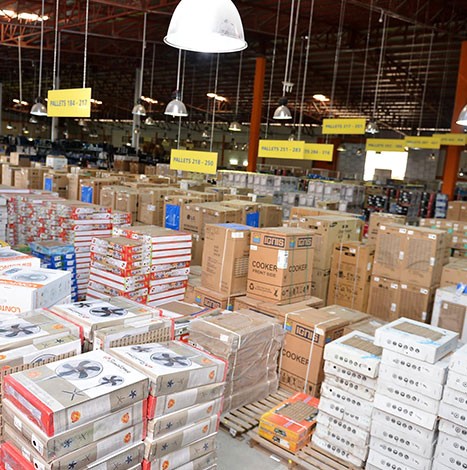 The recognition comes at a time of increased spending in the global e-Commerce space.

Estimates released by the United Nations Trade and Development Body (UNCTAD) revealed that e-Commerce sales hit a whopping $25.6 trillion globally in 2018, up 8% from 2017.

The UNCTAD analysis showed that the estimated 2018 e-commerce sales value, which includes business-to-business (B2B) and business-to-consumer (B2C) sales, was equivalent to 30% of global gross domestic product (GDP) that year. Also, the 2017 value of global e-commerce was estimated at $23.8 trillion, based on a revised methodology.

Although a full picture of the total outlay on e-Commerce is still emerging for 2019, experts believe that the global spend has crossed the $30 trillion thresholds and that the sector is in rude health, despite the challenges posed by the ongoing coronavirus pandemic which, considering the exploits of the likes of Amazon, has had little or no detrimental effect on the 2020 figures.

“The coronavirus crisis has accelerated the uptake of digital solutions, tools and services, but the overall impact on the value of e-commerce in 2020 is still hard to predict,” said Shamika Sirimanne, UNCTAD’s director of technology and logistics.

Currently, the United States, ably represented by Amazon, dominates the overall e-commerce market; with China, Japan and the United Kingdom not far behind.

Here in Africa, the focus is beginning to shift, as the reality of cracking e-Commerce on the continent dawns on many as a task well beyond only hype. Rather, the journey to e-Commerce Eldorado on the continent requires hard, practised steps at solving some of the age-long challenges that have bedevilled the industry.

Prof. Bouba Yankubah from the Gambia, a member of the panel of business analysts and industry experts, which sat in Accra, Ghana recently and which devoted almost 15 minutes of an hour’s session to a case study of Konga, had revealed that Konga could be worth well over $2.5bn from current valuations.

‘‘It is strange that not much has been said of how much impact Konga has had in the Nigerian, nay African e-Commerce ecosystem. But lest we forget, that is the brand that pioneered the marketplace structure in Africa which was widely replicated by other brands, not only in Africa but also by the likes of Amazon as well.

‘‘The…case of Konga as the jewel in the crown of African e-Commerce is further justified by its thriving business entities which include a licensed mobile bank, online travel agency, its omni-channel strategy, the ease with which it has resolved the thorny challenge of logistics as well as its hard-earned status as a trustworthy brand.

‘‘It is interesting that, despite the huge investment by its new owners, which from reports in the Nigerian media, are highly credible and experienced entrepreneurs, the brand is yet to follow through on rumoured intentions to list on the international stock market. If and when this happens, Konga’s valuation may exceed well over $2.5bn and we may see the emergence of a true African unicorn.

‘‘But I wish to urge the owners of Konga not to be tempted by greed and to stay true to their strategies and long-term vision for the business,’’ he stated.

The submission of Prof. Yankubah calls to mind a recent controversy generated by a Jumia CEO on CNN, with claims of pioneering the marketplace structure in Africa. However, industry observers had faulted the claims, noting that Konga had first debuted the marketplace structure which it first beta-tested in late 2013 and launched early in 2014 before Jumia followed suit about six months later.

Another member of the panel, Dr. John Chipkerui, who claims to have followed e-Commerce in Nigeria closely, says the current investment in Konga by its new owners, has hit the $300m mark; countering the position of another panellist, Ghanaian e-Commerce researcher and enthusiast, Nathaniel Owusu who pegs the figure at around $200m.

In the view of Dr. Chipkerui, his research findings on Konga during a sojourn in Nigeria shows a business that is driven by young, ambitious Nigerians who have continued to skilfully navigate the challenges of the sector.

He insists that the total investment in Konga since it was acquired by the Zinox Group in 2018 has arguably hit the $300m mark, positing that the investment, though huge, has placed the business on a sound footing as an investor’s dream.

‘‘The Zinox acquisition of Konga was a masterstroke. It has helped reset the business and transformed it to the verge of profitability – another first in African e-Commerce, in spite of the difficulties of doing business in a tough terrain such as Nigeria.

My research into the company’s business model reveals there is a lot of structure, tact and corporate governance guiding the current Konga, as the business has equally benefitted from the deep pockets and experience of its owners who pioneered e-Commerce in Africa through BuyRight Africa many years ago.’’

He added that a recent business programme anchored by the CNN’s Eleni Giokos in 2020 revealed that Konga had witnessed over 800% growth since it was acquired in 2018, shattering even the wildest expectations of e-Commerce watchers on the continent.

‘‘From the data I was able to garner during my research, Konga also fulfils to the last mile over 85% of the orders placed on its online and offline platforms, so it has gone a long way in resolving logistics, which remains one of the biggest pain-points of e-Commerce in Africa,’’ Dr. Chipkerui stated.

The foregoing paints a picture of a business that is quietly putting Africa on the global e-Commerce map.

Investigations reveal that Konga has also garnered a reputation as the biggest source of first-party products – a development made possible by its huge inventory-carrying capacity and a string of state-of-the-art regional warehouses it had invested in.

Unfazed by the seeming rush to go expanding across the continent, the management of Konga has not hidden its desire to first conquer Nigeria, Africa’s biggest market, a target that it has almost achieved.

Reports circulated in the media late last year says its flagship annual sales promotion, Konga Yakata, had generated huge revenues that had already outstripped the 2019 figure almost six times midway into the campaign, despite encumbrances wrought by the COVID-19 pandemic.

Furthermore, recent news reports have it that Konga is working with foreign partners from DFID to empower rural, smallholder farmers across Nigeria in a pilot project that has drawn so much commendation from near and far and which many have hailed as a potential source of food sufficiency. The brand also enjoys the confidence and trust of many more shoppers in Nigerians than any other e-Commerce brand in the country.

But has Konga enjoyed as much institutional support as it should?

The answer is no, says e-Commerce researcher, Owusu, another member of the panel. Owusu holds that more Nigerians and indeed, Africans need to rally round Konga as a true representative of the positive strides of e-Commerce on the continent.

‘‘It is a case of charity beginning from home. It is surprising that this panel has devoted so much time, looking at Konga as a case study of the growth of e-Commerce in Africa, yet I doubt that the government of Nigeria hardly recognises this gem that it possesses.

The government and people of Nigeria need to wake up and support the Konga brand to enable it to realise its huge potential. Same goes for governments in other African countries, many of whom, from the submission of this panel, will welcome Konga with open arms.

‘‘If Konga succeeds, Africa can count on it as an ethical, trustworthy representative for the continent,’’ he concluded.

The business side of the Pandemic? Covid-19 is transforming itself from the ‘Bad, the Ugly and the Good’ - into the Business-of Things. This...
Read more

Huge deals and loads of freebies are in stock for Nigerians this Valentine season as Konga, Nigeria’s leading e-Commerce giant is set to make...
Read more

How Konga is revolutionizing Agriculture in Nigeria through e-Commerce