Revenue fell 6.5% on a like-for-like basis, after accounting for a negative exchange rate effect of 2.5%, primarily due to the weakening of various emerging market currencies and of the US dollar towards the end of the year, and a 0.8% positive effect of changes in the scope of consolidation, from the acquisition of Maritz Mystery Shopping in the US and Askia in France and in the UK. 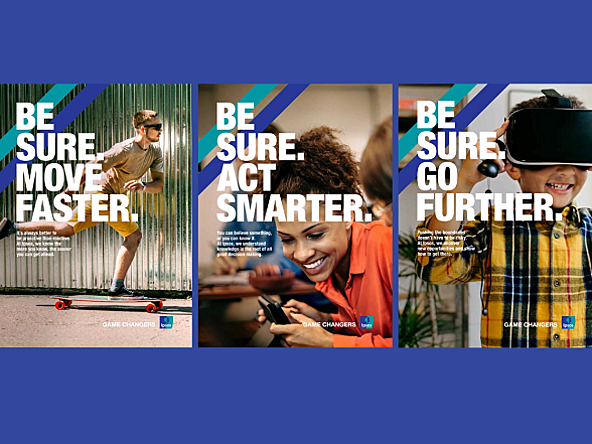 Revenue remained stable in Q1, which saw two strong months in January and February
and a poor month in March. It collapsed in Q2 with a 25.3% decline in organic growth,
resulting in a 13.5% decline over the first half.

Finally, from October to December, organic growth returned to positive at +1.4%. The Q4 performance is noteworthy on at least two levels: firstly, Q4 was the only quarter of 2020 that saw positive growth while, secondly, this growth was compared against Q4 2019 which, in turn, had been very positive with organic growth of 5%.

Optically, the reported figures are less favourable at current exchange rates. From October to December, revenue fell 3% due to negative exchange rate effects of 5.2%, which were only partially offset by the 0.8% positive effects of the acquisition of Maritz Mystery Shopping and Askia.

By region, revenue trends continued on the trajectory begun in Q3.

It should be noted that the pace of this improvement is accelerating, particularly in North America, and even in South America, despite the ongoing pandemic in many markets with high levels of restrictions still in place.

This is clearly an illustration of the fact that many businesses and institutions decided, following the period of turmoil in Q2, to acquire at an increasingly sustained rate over the months, data and related services (analysis, interpretation, advisory) that would allow them to better measure and understand the context in which they operate and its impact on their own businesses.

This is also true of the other regions in which Ipsos operates. In Asia-Pacific, revenue picked up as the year progressed. We recorded a like-for-like decline of 19.5% after 6 months and 17.5% after 9 months.

Over 2020 as a whole, the decline was 14%, thanks to a limited decline of 7.3% in Q4. This is the region in which ultimately the market remained weak, partly due to the weight of emerging markets, including India and South-East Asian countries. Other countries like Japan, Australia and New Zealand also generated average performances. China and South Korea performed better.

Lastly, the EMEA region offers more promising news. On June 30, the performance in terms of revenue growth was undeniably negative at -9.5%, but already less affected by the pandemic than the corresponding performances in the Americas and Asia-Pacific.

These markets account for 73% of total revenue. In emerging markets, Ipsos posted revenue of €487.9 million, down 15% year-on-year. Emerging markets, which accounted for up to 35% of revenue in 2014, only accounted for 27% in 2020 due to more volatile growth rates and weakening exchange rates against the euro.

Its ‘clients and employees’ research was hardest hit during 2020, with revenue down 21% and the company saying it is “suffering the consequence” of Covid-19 affecting sectors including car manufacturing, airlines and hotels

The company’s consumer work, which accounts for the largest proportion of revenue ( 42%), was also down 12.5% at the end of the year.

By region, revenue was down 12% in the Americas and 14% in Asia-Pacific, while the Europe, Middle East and Africa (Emea) region posted organic growth of 2%.

“Average business performance is positive, both in terms of the order book and revenue, even if these indicators show very mixed performances across regions, audiences and business sectors.”

The company was able to overhaul its approaches by drawing on technology in 2020, it said, adding: “In 2021, and over the coming years, Ipsos will actively promote various platforms that make it possible to produce and analyse with greater speed and flexibility large quantities of data.”

A new Ipsos survey for the World Economic Forum finds that, on average across 30 countries and markets surveyed, 59% expect to be able...
Read more

12 April 2021 - Ipsos is pleased to announce the acquisition of Intrasonics, a leading provider of audio recognition technology based in the UK. This is...
Read more

The February 2021 Ipsos MORI Issues Index shows that Covid-19 remains the top concern among Britons. Around three-quarters (72%) cited the pandemic as one...
Read more
- Advertisement -