Data from an e-payment channels report in a series from the NBS, produced in collaboration with the CBN, reveal that 457 million transactions valued at N32trn were recorded on the channels in Q1 2018.

ATM transactions dominated with a volume of 212 million. Electronic transactions are directly linked to internet subscriptions, which stood at 101 million as at end-Q1 according to the Nigerian Communications Commission (the regulator). This translates into a penetration rate of 55%. 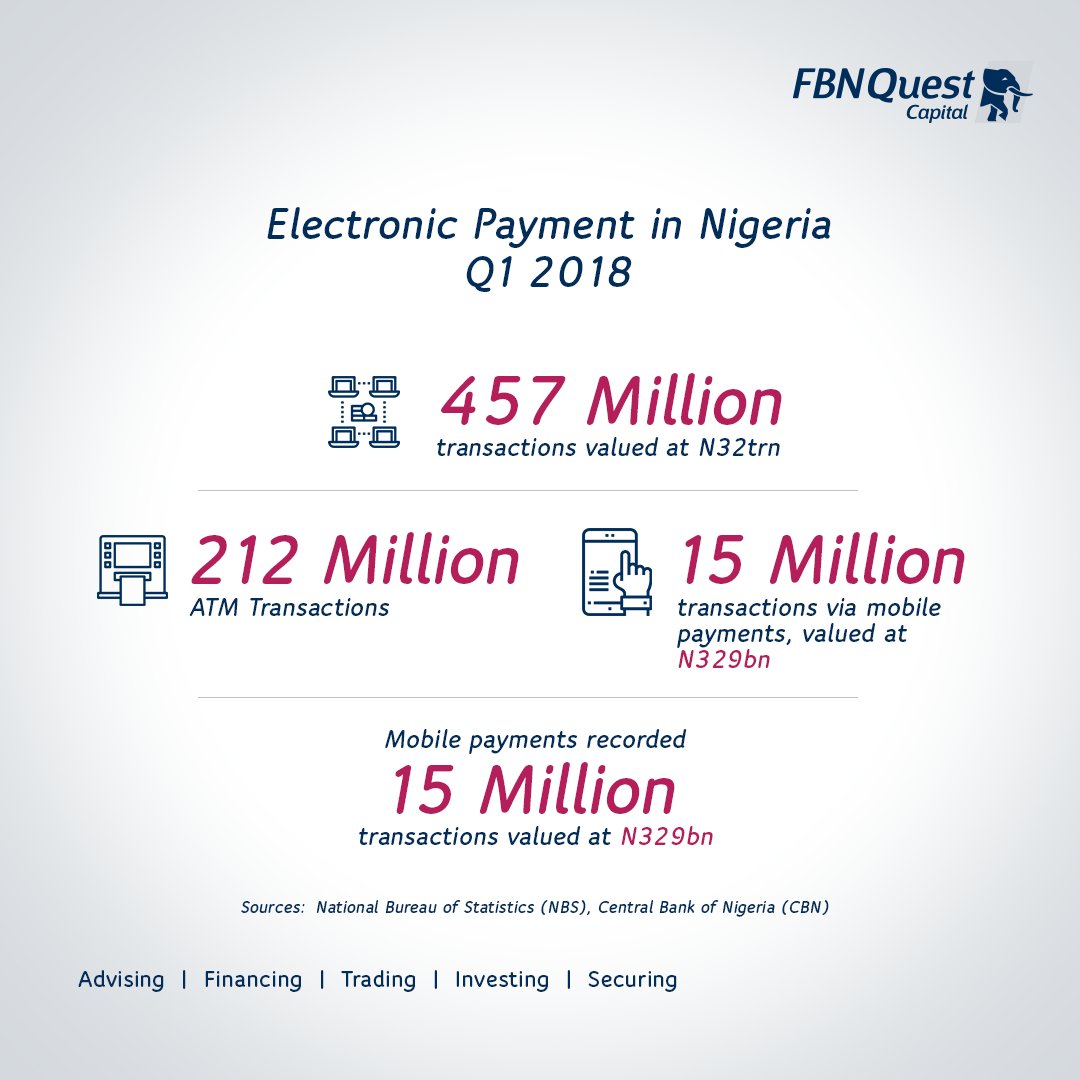 Read:  Foreign exchange rate and reserves: Will the Naira continue to remain stable?
Read:  Price of Diesel jumps by 3.89% in January - NBS