The inflation rate target of the Central Bank of Nigeria (CBN) is between 6% and 9%. As noted in our previous inflation reports, it is unlikely that Nigeria will achieve a single-digit rate of inflation in the short-term. We must also note that an increase in the inflation rate is not entirely bad, as a reasonable increase in general prices is important to encourage production. No manufacturer will be encouraged to produce in an environment when the prices of the goods that are produced are going down. What most countries and central banks are guarding against is an excessive increase in general prices.

In the last few years, the apex monetary authority has been initiating several policies to help promote the agricultural sector. The aim of this is to boost agricultural yields, which would, in turn, kerb general price increases. The CBN’s focus on the agricultural sector is deliberate, as food prices significantly affect the country’s inflation rate. Looking at the movement of food prices in the international market, the overall price of a basket of certain food items dropped in July relative to June 2019. In its July 2019 Food Price Index, the United Nations Food and Agriculture Organization (FAO) observed that the prices of food items in the international market decreased during the month. The FAO further noted that the prices of cereal, dairy products and sugar decreased between June and July 2019. The drop offset the increase in the prices of oils and meat recorded during the same period.

Despite the expected decrease in the inflation rate in the next few months, FSDH
Research expects increased volatility in the inter-bank rates and a gradual increase in the rates at the Open Market Operations (OMOs) from August through to December 2019. This is due to huge maturities in excess of N9.62trillion of government securities which we expect to hit the Nigerian financial market during the period. Ordinarily, the expected large inflow of funds into the financial system may lead to inflationary pressure. In this situation, the way to manage the expected high liquidity is for the CBN to increase its ‘mopping-up’ activities in the inter-bank market, leading to an increase in the OMO rate. Therefore, we conclude that the next few months will throw up some interesting financing and investment opportunities in the Nigerian financial market. Stay tuned! 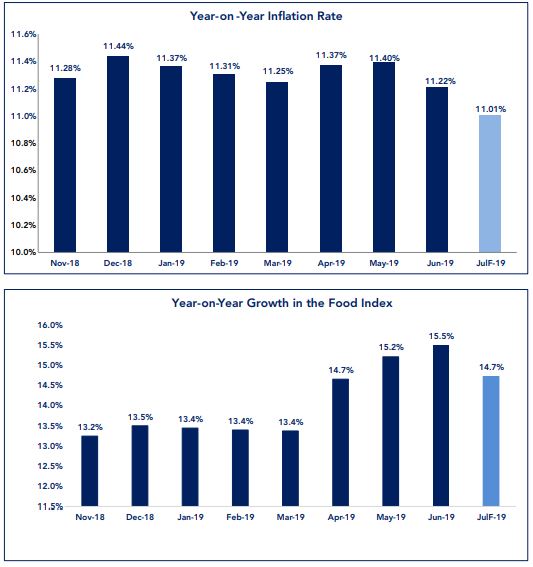 WHO Steps Up Action To Improve Access To Safe Blood

Yeedi celebrates introduction of its K600 in the US on Amazon.com with an early bird discount price from February 27th to March 12th SHENZHEN, CHINA...
Read more
Brand News

In January 2020 the World Health Organization (WHO) declared the outbreak of a new coronavirus disease in Hubei Province, China to be a Public Health Emergency...
Read more

WHO Steps Up Action To Improve Access To Safe Blood

Next week, Google Nigeria, in partnership with digital payments company Flutterwave, will kick off a series of business clinics aimed at helping 5000 merchants...
Read more