Speaking during a facility tour of the Cage Culture Project, the State Commissioner for Agriculture, Prince Gbolahan Lawal stated that the Cage Culture System of Fish Farming is one of the ways being championed by the State Government to maximise the benefits of the abundance of water resources which account for about 22 percent of the State’s landmass.

Describing the Cage Culture Project as economical use of open water to develop aquaculture and improve nutrition, Lawal said that the system is an environment-friendly way of increasing fish supply as well as reducing foreign exchange expenditure on fish importation.

He maintained that the cage culture would create employment opportunities both directly and indirectly, explaining that the system is a cheaper method of fish rearing in their natural habitat and projecting that no fewer than 40,000 fishes would be harvested at the Afowo Fish Farm, Badagry, at the end of the four-month rearing period. 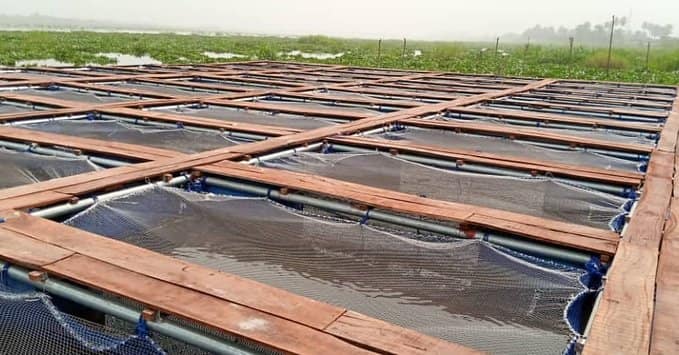 “I am particularly happy and satisfied that the local community has shown her unflinching support for this initiative right from the installation stage. I am even more delighted that the cages were constructed with native material and the fish would be fed just like in concrete fish ponds,” the Commissioner averred.

Read Also:  Uber Compensates Drivers For Time in Traffic - Doubles Cost Per Minute and Increases Per KM Fare In Lagos

Lawal further noted that the caging project will be a continuous one in farming sites along with the riverine areas of the State including Eti-Osa, Ikorodu, Ojo and Epe local government areas.

Commending the 40 beneficiaries, Lawal implored other fish farmers in the State to take advantage of the Cage Culture initiative and expressed the government’s readiness to support and partner with anyone or group willing to contribute to food security in the State. 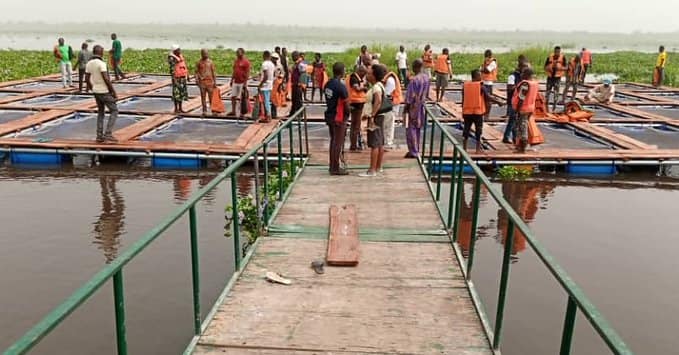 Speaking on behalf of the beneficiaries, Mrs Grace Ladega said that the empowerment is proof of the State Government’s commitment to improving the standard of living of rural fishermen through the utilisation of natural endowments.

She applauded Governor Sanwo-Olu for approving the funds for the take-off of the fish cage and pen culture in Afowo, Badagry, assuring that each of the beneficiaries would take due advantage of the empowerment to increase fish production in the community.

Poised to radically create a further niche for itself while strengthening its leadership position in the competitive Nigerian Media Market, MAX FM, a leading...
Read more

Lagos Is A Country

Known for its traffic snarls and entrepreneurial dynamism, Lagos is a megalopolis with mega-needs. Nigeria’s smallest state is also it's most populous. The country’s top...
Read more

Recently, President Muhammadu Buhari gave updates on the COVID-19 induced lockdown order across some States in Nigeria. The highlight of the new measures centred...
Read more

Seven Conditions You Must Know Before You Take the #MaskUpLagos Challenge

The lockdown due to the COVID19 outbreak has posed several lingering questions on our minds. Some of these questions include “when are we going...
Read more
- Advertisement -