On the last day of 2019, the World Health Organisation’s (WHO) China office heard the first reports of a previously unknown virus. It had triggered a number of pneumonia cases in Wuhan, the capital of Hubei province in Central China, with a population of over 11 million. The virus, which has been renamed Coronavirus Disease 2019 or COVID-19 (it was formerly known as the 2019-nCoV acute respiratory disease) by the WHO, has infected 76,936 people in mainland China, with a further 2,051 cases reported from 30 other countries.

At least 2,470 people have died from the virus, a death toll far exceeding that of SARS (Severe Acute Respiratory Syndrome Virus where 774 people were killed in more than two dozen countries in 2003. On Thursday 6 February, a 60-year-old US citizen – the first confirmed non-Chinese victim of the illness – died in Wuhan’s Jinyintan Hospital. Two days later, France confirmed five new cases in its Haute-Savoie region, including a nine-year-old boy, bringing the number of infected persons in the country to 11. An 80-year-old Chinese tourist was said to have died in France on 15 February, making this the first casualty in Europe. Egypt’s health ministry confirmed the first case of the disease in Africa. Officials say that the affected person was a foreigner who did not show any serious symptoms.

As China struggles with dealing with the virus, the fallout will not only affect the Chinese economy, the world’s second-largest and main manufacturing hub, but also its important trading partners. Apple’s manufacturing partners Foxconn is currently experiencing production cuts and delays, with Apple warning that it would not be able to meet sales targets for the first quarter of the year due to production delays. 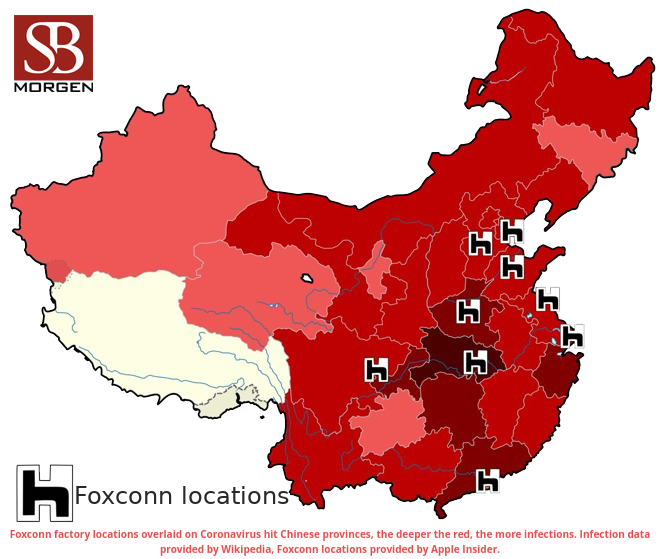 While China’s ambassador to the European Union, Zhang Ming, said that the economic impact of the coronavirus outbreak would be “limited, short term and manageable” and that Beijing has enough resources to step in if needed. China’s economy is expected to slow to 4.5% in the first quarter of 2020 down from 6% in the previous quarter. The global demand for oil has also been hit by a reduction in the demand for oil from China as the world’s biggest oil importer. OPEC is expected to cut production quota amongst its member countries as the global demand for oil is expected to fall by 435,000 barrels for Q1 2020.

China’s non-financial investment in Nigeria stood at $3 billion as of April 2019, while China-Nigeria’s bilateral trade volume soared to $15.3 billion in 2011, 0.8% higher than the previous year. According to data from the Nigerian Bureau of Statistics, Nigeria’s imports from China hit ₦1.9 trillion in the first half of 2019. The country almost doubled total imports from China, rising by 88% in half-year (H1) 2019. These are likely to take hits as China struggles to contain the spread of the virus. Also, following the lockdown of much of the Chinese mainland (up to 150 million Chinese nationals are under mandatory movement restrictions), the production of goods and services will continue to slow, and in some cases, shut down completely, affecting exports to Nigeria. 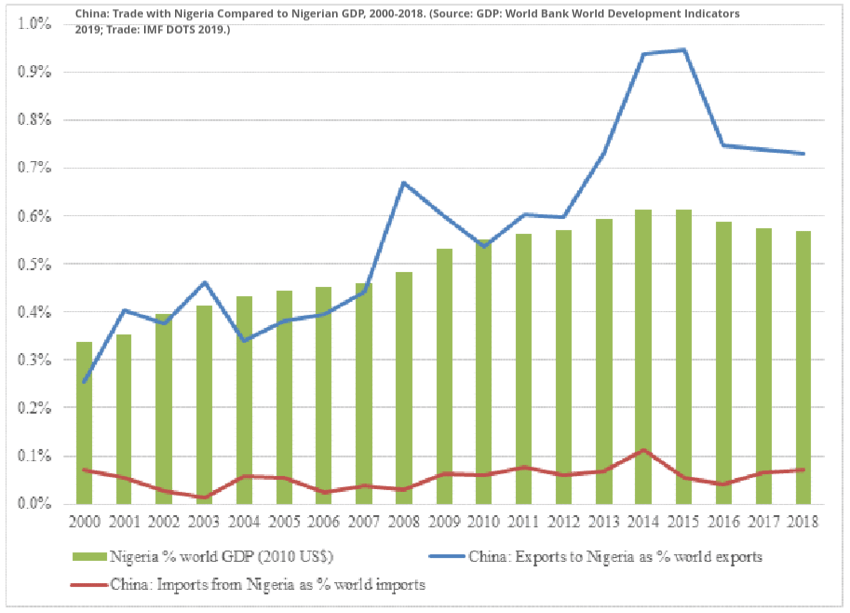 As global oil prices trend lower at $57 dollar per barrel as of mid-February, the subsistence of the coronavirus will continue to dampen appetite, which will put a lid on oil prices well into March. If oil demand continues to fall with no OPEC intervention in the form of production cuts, tightening supply, a country like Nigeria will be negatively impacted by the downward price trend. It only gets worse for Nigeria as oil is the biggest revenue-generating sector of the economy; the expected revenue to be generated from the oil sector in the 2020 budget is ₦2.64 trillion, with the rest of the non-oil economy contributing a further ₦5.5 trillion. Oil prices do not only affect the revenue generated from this sector but also disrupt prices in other sectors such as manufacturing and production, thereby causing inflation to go up.

There are also implications on the governance front. On 4 February, the House of Representatives rejected a motion seeking the urgent evacuation of 60 Nigerians trapped in Wuhan, China. The legislators bluntly said that China has better health facilities for managing the situation than Nigeria does. This seeming rejection of diaspora Nigerians will have been noted and could have an effect on the centrifugal forces within Nigeria itself. At the moment, public opinion is divided on the issue, but it is worth noting at this point that there are no reports of any infected Nigerian in China or at home.

Nigeria dealt decisively with the Ebola outbreak of 2013-2014 in a short time by establishing quarantine measures in Lagos to help isolate patients with the virus. The same logic is expected to be applied by the Nigerian government as regards the evacuation of Nigerians in Wuhan, China to the quarantine in Lagos, Nigeria. Local health authorities have expressed a readiness to tackle any cases of the coronavirus in the country and a number of investigated cases have proven negative. That does not mean we are out of the woods yet. As the government looks to diversify and policymakers increasingly look East, it pays to watch closely what may inevitably arrive at our shores, if not in its physical expression, then in its economic effect.