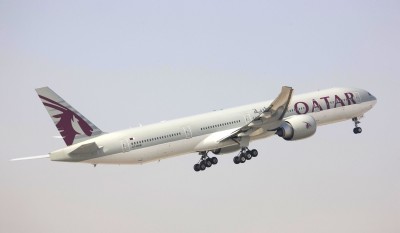 DOHA, QATAR – Media
OutReach – 30 March 2020 – Qatar Airways Cargo, one of the
world’s leading air cargo carriers, is pleased to announce that it will resume
scheduled belly-hold cargo operations to China with the utilisation of
wide-body and passenger-configurated aircraft effective 30 March 2020*. The additional cargo
capacity is being added to the carrier’s existing freighter service amid
increased demand for the shipment of immediate goods in and out of the region.

The decision to
reinstate belly-hold service to six of its passenger destinations in the
country is in line with airline’s initiative to continue supporting worldwide
connectivity, re-establishing the global supply chain, and meeting the market’s
strong demand for freight exports and imports. This includes the transportation
of urgent medical relief aid that is pivotal to the global fight against the COVID-19
pandemic.

Qatar Airways
Group Chief Executive, His Excellency Mr. Akbar Al Baker, said: “We are pleased
to resume belly-hold cargo operations to China where the COVID-19 pandemic has
been significantly contained and industrial production is restoring nationwide.
In addition to our dedicated freighter service, the extra belly-hold
availability leveraging the flexibility and reliability of our fleet will
greatly enhance our cargo handling capacity in China to support market’s
soaring demand for imports and exports, including the urgent outbound shipment
of essential commodities, fresh produce, food products, and large proportion of
medical supplies to other parts of the world that are currently facing the
public health crisis.”

The belly-hold
cargo flights will be operated on a turnaround basis assuming the routes’
previously assigned flight numbers and frequencies, without any cabin crew
members or passengers on-board. Supplementing the already-robust cargo payload
offered on Qatar Airways’ existing four freighter routes to China, the recommencement
of belly-hold service will add significant cargo capacity to six cities that
include Beijing, Shanghai, Guangzhou, Chengdu, Chongqing and Hangzhou, with an additional
600 tonnes of weekly capacity added, bringing the combined weekly capacity out
of the country to more than 1300 tonnes.

After P.R.C.
State Council’s announcement on 24 March to boost the nation’s international
airfreight capabilities, stabilise supply chains and enhance cooperation with
global airlines, Qatar Airways is the first Middle Eastern carrier to resume
belly-hold operations to all of its destinations in China by repurposing the passenger-configurated
jets from its modern fleet for cargo transportation.

With the
upgraded capacity, more vital medical supplies and exports destined for the
Middle East, Europe and the Americas will be flown by Qatar Airways’ efficient
network via a seamless stopover at the cargo carrier’s world-class Doha hub.

Qatar
Airways, the national carrier of the State of Qatar, is celebrating more than
20 years of Going Places Together with travellers across its more than 160
business and leisure destinations on board a modern fleet of more than 250
aircraft. The world’s fastest-growing airline will add a number of exciting new
destinations to its growing network in 2020, including Osaka, Japan; Santorini,
Greece; Dubrovnik, Croatia; Almaty and Nur-Sultan, Kazakhstan; Accra, Ghana;
Cebu, Philippines; Lyon, France; Trabzon, Turkey; Siem Reap, Cambodia and
Luanda, Angola.

A
multiple award-winning airline, Qatar Airways was named ‘World’s Best Airline’
by the 2019 World Airline Awards, managed by international air transport rating
organisation Skytrax. It was also named ‘Best Airline in the Middle East’,
‘World’s Best Business Class’ and ‘Best Business Class Seat’, in recognition of
its ground-breaking Business Class experience, Qsuite. Qatar Airways is the
only airline to have been awarded the coveted “Skytrax Airline of the Year”
title, which is recognised as the pinnacle of excellence in the airline
industry, five times.

Qsuite,
a patented Qatar Airways product, features the industry’s first-ever double bed
in Business Class, as well as privacy panels that stow away, allowing
passengers in adjoining seats to create their own private room, a first of its
kind in the industry.

Qatar
Airways was the first Gulf carrier to join global airline alliance oneworld,
enabling its passengers to benefit from more than 1,000 airports in more than
160 countries, with 14,250 daily departures.

Oryx
One, Qatar Airways’ in-flight entertainment system offers passengers up to
4,000 entertainment options from the latest blockbuster movies, TV box sets,
music, games and much more. Passengers flying on Qatar Airways flights served
by its B787, B777, A350, A380, A319 and select A320 and A330 aircraft can also
stay in touch with their friends and family around the world by using the
award-winning airline’s on-board Wi-Fi and GSM service.

Qatar
Airways proudly supports a range of exciting international and local
initiatives dedicated to enriching the global community that it serves. Qatar
Airways, the official FIFA partner, is the official sponsor of many top-level
sporting events, including the FIFA 2022 World Cup, reflecting the values of
sports as a means of bringing people together, something at the core of the
airline’s own brand message – Going Places Together.