The SBM Jollof Index: The Black Swan Glides In

Nigeria experienced a series of events in the leadup to 2016 – falling oil prices, low external reserves and a slump in global demand which led to a devaluation of the Naira. All these precipitated the 2016 recession which saw inflation nearly reach 20% at some points. In August of that year, the economic shock was expressed in a spike in the Jollof index as shown in the chart below: 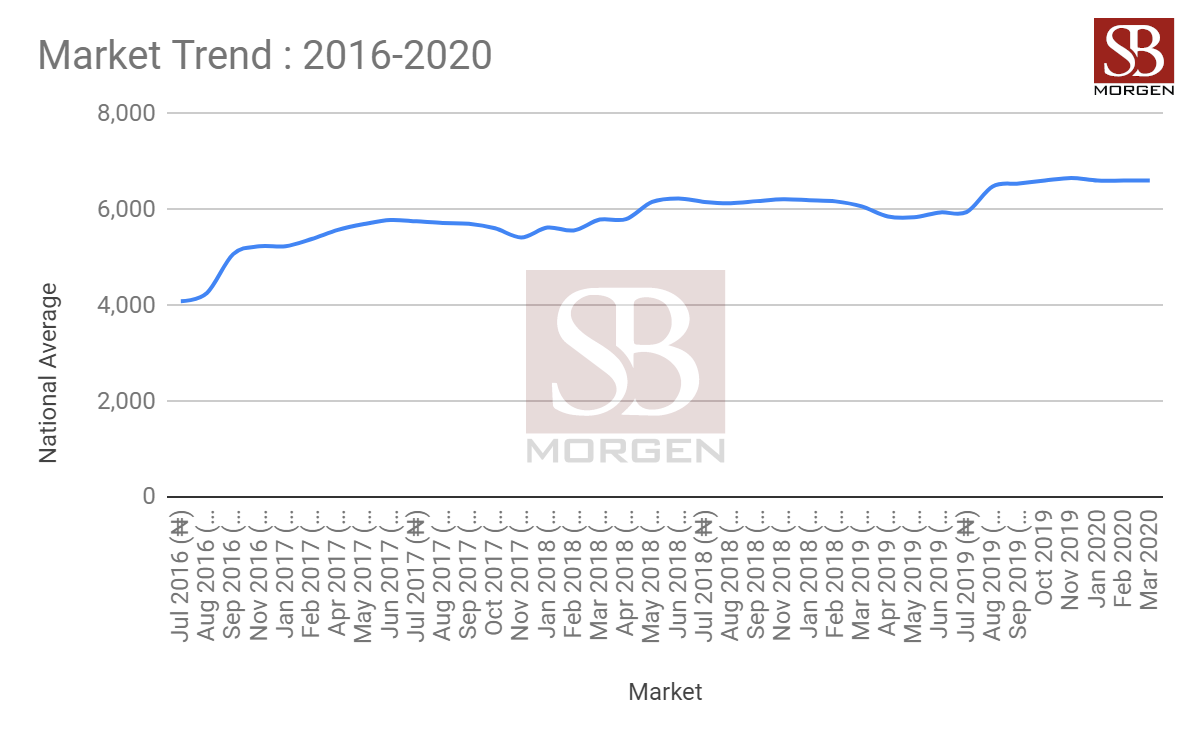 It has not all been events beyond Nigeria’s control. Since August 2019, Nigeria has shut its land borders to its neighbours. The official reason for this is to tackle smuggling and illegal trade. However, as SBM has reported in at least three previous reports including the Q3 2019 Jollof Index, the major impact has been to raise the cost of legal trade and this has translated into high prices of key staple commodities such as rice, turkey, chicken and vegetable oil.

In August 2020, as in August 2016, the index experienced a similar spike, primarily driven by this border closure policy. Since then, the index has stabilised, as more Nigerians make adjustments in their diets in order to make do with what substitutes they can, especially switching to locally produced rice for their meals. By March 2020, the price of Nigerian rice in most markets had risen to the pre-August 2019 levels of imported rice, but crucially, there has not been a commensurate increase in the quality of the Nigerian rice.

The spike is most noticeable in the South-West and South-South, driven by the price of turkey and vegetable oil. Once the spike happened, however, the index stabilised over the subsequent months, with only slight increases in Q1 2020. By contrast, in the North-West, the rapid rise in the index has continued into Q1 2020. This is because the prices of turkey and vegetable oil continue to rise. In Kano as of the month of March, access into the city has tightened as the city braces itself for the COVID-19 pandemic, and this has led to the double whammy of higher demand and lower supply, affecting the prices of both items which are not native to the region.

With the import of the external events in Q1 2019, and the policy responses we have observed, there is a high likelihood of a repeat of 2016 and we expect another spike, at the end of March, into April.

Read Also:  41 Startups From Across Africa Are Heading To Lisbon Next Week, Here’s What They’re Up To

Typically, SBM researchers visit the markets in the final week of any given months. However, as a result of the COVID-19 pandemic, our researchers visited the markets twice in March 2020, in the third week, and again in the fourth week after pandemic induced panic buying has started. The price differences were startling, and for the purposes of this, we have included the cost of garri, a cassava derivative that is most commonly either used to make eba a doughy meal that is eaten with a variety of soups or simply eaten after being soaked in water as a complement to some other meal for the most part. Garri is popular among Nigeria’s urban and rural poor and has been blamed for the prevalence of Lassa fever amongst the poor in the country.

In the seventeen quarters in which we have compiled the Jollof Index, it is clear that the coronavirus pandemic represents the single most disruptive determinant affecting food prices in the country. While prices followed an upward, but mostly gentle trend, the month of March 2020 was very different. In anticipation of a shutdown as a result of the COVID-19 epidemic, the extent of panic buying by Nigerian consumers was clearly observed in the significant rises of such products as garri, rice and tomatoes all across the surveyed markets, including a 122% increase in Ibadan, a 100% increase in Anambra and 114% in Port Harcourt.

A note must be made of the changing social and cultural contexts brought on by the COVID-19 pandemic and how it is already affecting food prices. The lockdown in three Nigerian states – Lagos, Ogun, and the Federal Capital Territory – has already disrupted well-established supply chains which have led to an increase in transportation costs and a reordering of supply chains. The big markets in Lagos, Abuja and Port Harcourt are all closed so smaller supermarkets and stores are having to source directly from the hinterland and not from the big city markets, which has exposed customers to near-instant price increases. As the pandemic looks set to be around for at least the next few months, we believe that consumers should prepare for even more price increases. This development would have important implications for the health of the economy and largely determine whether the country’s present pandemic growth track turns into a full downturn.

...Strong Cement Sales Undescores Topline Growth In 2020FY, Dangote Cement Plc. proved its mettle as it continued on the path of growth and like we...
Read more
- Advertisement -