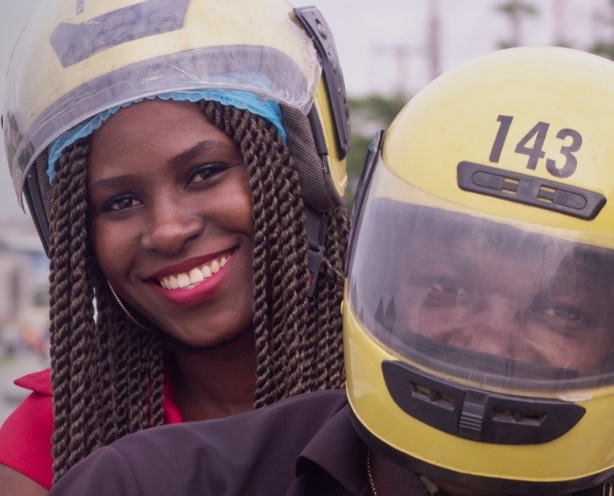 The startup will deploy a new technology solution to effect this reform. Considering the peculiarities of African roads, and the prevalence of traffic in its major cities, the Okada has become one of the most popular means of transportation. This has attracted thousands of youth to the sector across major countries.

However, several of these operators are unlicensed and always manage to escape the eyes of the law when disobeying traffic rules, driving with unsafe vehicles, or committing crimes.

The Ekiti state government says it wants to tackle these safety and security issues by formalising the largely informal and decentralised sector.

MAX.ng’s Metrogov will provide digital identities for drivers, and a platform to register and track vehicles. Okada drivers would be trained and licenced, and once registered, they would gain access to health insurance, life insurance, and vehicle financing.

The platform will also provide data to the state government to support revenue collection to drive infrastructure development in the State. This move bears similar hallmarks to a previous move by the government of Uganda to place commercial motorcycles (called Boda Bodas in East Africa ) and taxi operators under e-hailing companies like Safeboda, Uber, or Bolt.

The regulations were a bit more strict and sought to clean up informal motorcycles and parks around the city. However, this initiative was met with stiff opposition from the Mayor of Kampala who complained that traditional Boda Boda and taxi unions were not consulted before making the regulations.

While it is not certain how strict the implementation will be in Ekiti, it appears some stakeholders were carried along.

“They have expressed their commitment to the new system as they agree this would guarantee the safety of our citizens and would deliver improved services to both transport operators and commuters.”

This approach seems vastly different from the way issues of safety and security with Okadas were handled in Lagos back in January 2020. Recall that authorities in the country’s commercial hub chose to ban all operators, both digital and informal, despite a series of protests and pleas.

While it might be tempting to make a case for such a move in Lagos, its much higher population — the highest in Africa — might make it more of a challenge. Note that MAX.ng recently launched a set of electric motorbikes in Ogun as part of its new reforms.

Encouragingly, MAX.ng’s partnership with Ekiti seems to be a result of meaningfully engaging policymakers and regulators early enough as recommended by a policy expert in this piece.

“Our goal in developing the MetroGov platform is to volunteer and offer our expertise to Regulators, Governments, Public Sector partners, Transport Associations, and non-profit organizations in delivering safer transportation services to citizens,” says Adetayo Bamiduro, CEO of MAX.ng.

Ekiti initially set the ball rolling by crashing RoW charges in May 2020 and is currently in the middle of developing a knowledge economy to boost innovation and investments.

Given the current rate of developments, we are likely going to see more interesting development from the so-called land of honour and integrity.

HONG KONG SAR - Media OutReach - 25 February 2021 - Gudou Holdings Limited ("Gudou Holdings" or "Company", which together with its subsidiaries, is referred to as the "Group", SEHK stock code: 8308), is pleased to announce that Guangzhou Gudou Quanfeng Residence, the Group's first boutique hotel project in Panyu District, Guangzhou City, has officially opened on 10 February 2021.

Guangzhou Gudou Quanfeng Residence has 33 guest rooms, including 2 two-bedroom suites and 3 three-bedroom suites. The design is modelled on one of the ancient Lingnan (southern Chinese) architectural style, "Guanyindou", which features the shape of two handles of a wok on either sides of the roof of a building in the ancient town of Shawan, Panyu. Carrying on the tradition of the "Gudou" brand, the hotel organizes one-stop leisure and entertainment activities and are installed with comprehensive facilities to provide a new experience for tourists who prefer to enjoy the finer things in life in the traditional ambience.

Guangzhou Gudou Quanfeng Residence is conveniently located in the Hills Ecool Creative Park in Panyu, which occupies a total site area of​​340,000 square meters at the southern tip of Panyu District. The hotel is easily accessible by a developed network of roads around the Hills, including South China Expressway, Xinguang Express, Nansha Port Express and other highways. Therefore, it is easy to travel from the hotel to Zhujiang New Town in Guangzhou, and thus elsewhere in the Pearl River Delta. It takes five minutes to reach the Chimelong Paradise, and the Blessing Colorful World within easy reach. The Clifford Station on Metro Line 21 will also be opened in 2021 and it is only an about 10-minute walk from the hotel. In the Panyu Golden Valley Eko Creative Park, a head office for environmental operation of business and a district for shopping and leisure will be built. Such plan has earned the park a reputation as "China's Number One Low-Carbon Community". The rising occupancy rates of the office buildings in Panyu will also mean an increase in business travelers who, in turn, can drive up the occupancy rates of the hotel and the spending there.

There are many well-known tourist attractions near Guangzhou Gudou Quanfeng Residence, including Chimelong Paradise, Blessing Colorful World, Dafu Mountain Forest Park, Lianhua Mountain Tourist Area, Shawan Ancient Town and IKEA Store, which is popular with young people. The Evergrande Football Stadium, which can seat 100,000 spectators, is also expected to be completed in 2022 and will be able to accommodate tourists who stay in Guangzhou for two days and one night.

Mr. HON Chi Ming, Chairman, Chief Executive Officer and Executive Director of the Group, said, "The Group is very satisfied and encouraged by the opening of the Guangzhou Gudou Quanfeng Residence. The hotel is conveniently located in an area where there are comprehensive facilities. Therefore, the area is expected to attract a large number of tourists. Since the apartment hotel has already been renovated and equipped with upgraded facilities and soft furnishings, not much more capital will be required for putting the hotel in operation in a short time. This means cost-effectiveness at the hotel and can quickly responding to the trend of tourism recovery. Looking ahead, tourism property development will remain the focus of the Group's business development. Specifically, we will actively expand our tourism property business in Guangdong Province, provide more quality services to meet customer needs, and increase investors' awareness of Gudou Holdings' brand. All this is aimed at creating better returns."

Gudou Holdings is a hot spring resort and hotel operator and a tourism property developer in the People's Republic of China ("PRC"). It principally engages in (i) the operation and management of the hot spring resort and hotel facilities of Gudou Hot Spring Resort, which is a national AAAA-level tourist area, and provision of consultancy and/or management services; and (ii) the development and sale of tourism properties in Guangdong Province. The "Gudou" brand is a well-known brand of integrated hot spring resort in the PRC. Gudou Holdings operates six theme hotels, among which Royal SPA Hotel was rated as a five-star hot spring by the National Hot Spring Tourism Enterprise Star Rating Committee in 2020. The resort complexes with a variety of leisure and recreational facilities, including hot spring facilities, hotels, commercial stores, food and beverages outlets, recreational waterpark, a spa centre, a conference centre, parks, tourist attractions and other ancillary leisure and recreational facilities. The Group's newly established Guangdong Gudou Quanfeng Cultural Tourism Development Co., Ltd. has further expanded its presence to Guangzhou with the official opening of Guangzhou Gudou Quanfeng Residence on 10 February 2021, marking the latest headway following the official operation commencement of Gudou Spring Superior Hotel, located in the center of Jiangmen on 15 January 2021.

The Government of Ekiti State has reiterated its commitment to exploring every necessary avenue to ensure that the State Fire Service Department is well-positioned...
Read more