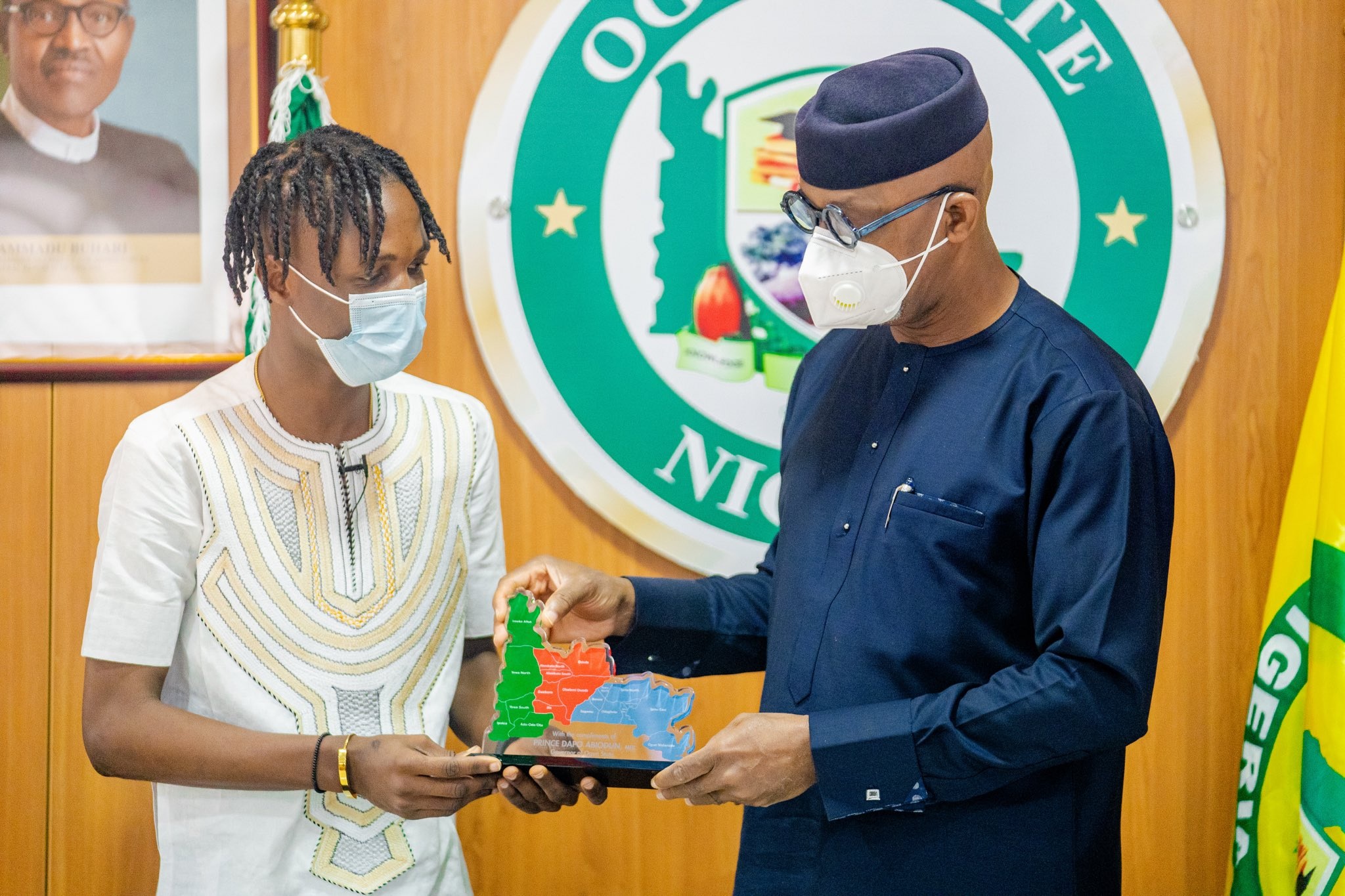 Governor Abiodun, who made the announcement while receiving him, in his office at Oke-Mosan, Abeokuta, expressed hope that his good character, excellence, calmness and integrity, would serve as a model to youths in the State. 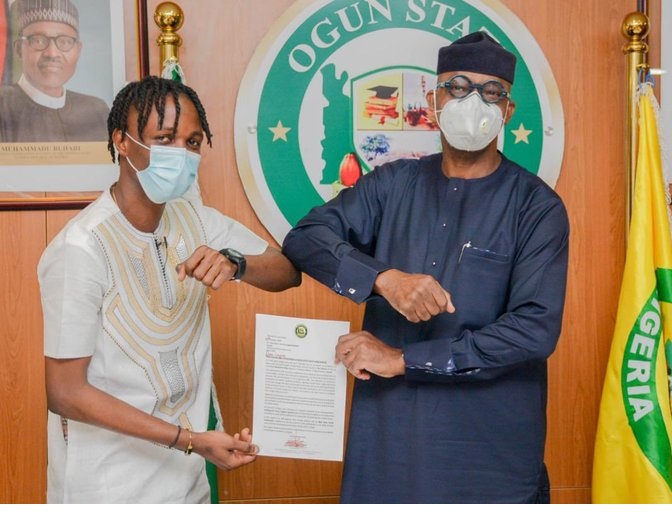 He described his conduct in the Show as a demonstration of Omoluabi component, observing that despite all odds, temptations and provocations, he was able to come out unscathed and uninvolved in any scandal or immoral act.

“It is hoped that you will help inspire our teeming youths to channel their energies towards positive engagements and shun vices such as robbery, drug abuse, cultism, advanced fee fraud, cybercrimes and kidnapping, among others.

“You have also demonstrated with the way you carried out your assigned tasks in the Show with comportment; intellectual responses to questions and; your spirit of fair-play, that your academic achievement at the University of Lagos was earned. This has also shown that our universities can and still produce graduates that are found worthy in character and good learning.

“Indeed, what we are celebrating today is much more than the entertainment that the House provided, but what you represent: a rare combination of prodigious intellect, academic excellence, multi-faceted talents, character and resilience. I believe, your career will draw inspiration from great sons and daughters of Ogun State who have made their mark in chosen careers”, he added.

The Governor said he was impressed with what he displayed while in the House, admonished parents and guardians to help in nurturing individual talents of their children and wards to enable them useful to themselves and the society.

Governor Abiodun noted that his administration would continue to unleash the creative energies of youths and the people as innovators, academic, researchers, entertainers, creative artists in the public or private sector, formal or non-formal, in and outside Ogun State, for the continued development of the State, and Nigeria as a whole.

Prince Abiodun revealed that plans are at an advanced stage to build an Entertainment Village for filmmakers, artists and musicians where their skills could be nurtured with added value for our socio-economic development.

In his remarks, Agbeleshebioba praised the Governor for his youth-oriented programmes and promised to ensure that the “Building Our Future Together” Agenda is successful, describing the Governor as a leader with inspiration. He added that he was in the State to show gratitude to the people for their support while the competition lasted.

The global pharmaceutical industry has experienced significant growth in the last two decades, with pharma revenues worldwide reaching $1.25trn in 2019. Besides generating huge profits, some of the leading companies responsible for the research, development, production, and distribution of medications also witnessed a substantial market cap growth this year.

COVID-19 disrupting mental health services in most countries, WHO survey

JAKARTA, INDONESIA - Media OutReach - 2 December 2020 - It's no secret that the pandemic situation has brought many changes to our lives. Continued working from home,...
Read more
Business & Economy

Whether we realize it or not, we are being tracked everywhere we go on the Internet. In fact, Internet surveillance is so widely used...
Read more
- Advertisement -

My meditation for today is Laycon & Erica.

Do you know that the Laycon/Erica story is the most common male fantasy? It is the story of a guy who doesn't have much going...
Read more

Welcome Laycon to the soon to be Tax Payers Club

Good Morning, Let me add my view to the expert and not too expert opinions on the taxability and tax dynamics of Laycon’s prize(s) as...
Read more
- Advertisement -