TOYOTA: WATCH YOUR BACK! KIA AND HYUNDAI ARE COMING

The preference for Toyota brand by consumers has been due to affordability, durability, availability of spare parts and its simple technology which makes it easy to repair by the auto mechanics. Its models that have dominated the market include Camry, Corolla, Sienna, RAV4, Highlander and Land Cruiser.

Meanwhile, recent economic events in Nigeria and most especially the economy that went into its worst recession in 29 years are affecting the automobile industry. Prior to this, the government in 2013 announced a policy that saw to the increase in the import duties being paid by companies for Fully Built Up (FBU) cars to as high as 70% while FBU commercial vehicles attract 35% duty.

This was to encourage the setting up of factories in Nigeria by the Original Equipment Manufacturers (OEM). To this end, importation of Completely Knocked Down (CKD) vehicles attracted 0% duty while Semi Knocked Down (SKD) vehicles will be imported at 5% duty.

In response to this policy, many automobile manufacturers decided to set up manufacturing plants in the country. Two of these companies are Hyundai and Kia, both of whom are of the South Korean origin. Toyota was cautious about rushing to start its manufacturing plant in Nigeria due to its experience about the instability of policies in Nigeria. 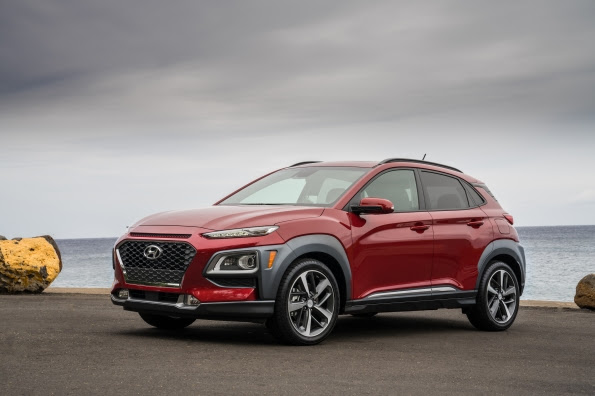 On the other hand, the automobile sector has experienced a decline in terms of the number of fully built cars imported. In 2014, 45,618 brand new units of cars were imported, this reduced to 15,031 units in 2015. There was a further decline to 6,000 units in 2016. All these are traceable to the foreign exchange rate that went up over the last couple of months.

With the reduction in the number of new cars imported, Toyota being the market leader is experiencing the shock the most. One other reason it is experiencing a decline in its sales is the inability of consumers to continue to afford it and this is explained below. An alternative is being seen in Kia and Hyundai.

Read Also:  BOAC To The Future As British Airways’ 747 In Heritage Design Lands At Heathrow

The brand values Toyota has been known for are affordability and durability and that is why you find many organizations using the brand as its official car. However, the reality of the moment is showing contrary. Due to the increase in the foreign exchange rate, economic recession and the automobile policy by the government, prices of Toyota cars have soared to a 200% increase in value.

An example of this is a Toyota Prado Jeep which used to sell for 17m NGN barely two years ago is now selling for 51m NGN. This has resulted in organizations that were using the brand as their official car looking towards Kia and Hyundai as an alternative. The same goes for individuals buying new cars.

The reasons are obvious: every organization is looking for ways to reduce its cost of production so as not to price its products and services above the reach of its consumers hence the choice of an alternative product with a lower price. It is important to state that some companies have gone as far as buying used vehicles in order to save cost in this economic period.

Another reason individuals and organizations are giving preference to the Kia brand is because of the improvement in its design and engine capacity which invariably has resulted in its ability to conserve fuel.

This further shows that, apart from the brand name and brand equity which Toyota enjoys, what consumers look forward to getting from the brand is being provided for by a competitor in the market and that calls for a strategy think tank to ensure that the brand (Toyota) maintains its market share.

Hyundai is also becoming more popular in the Nigerian market because of the above-mentioned factors and its management may be looking forward to replicating its success in other African countries in the Nigerian market. According to reports, Hyundai sells more than Toyota in four African markets. These markets are Algeria, Egypt, Morocco and Angola.

The above analyses require Toyota to expedite its actions on its local assembly plant. This will enable the price of its products to come down and become more competitive as it used to be so that it can maintain its dominant market share. If all these are not reacted to with precision and speed, it is only a matter of time, Kia or Hyundai may be the next market leader in Nigeria.

Telluride Names a Car and Driver 10Best for 2021