The Fayemi-led administration is committed to using the State’s budgetary allocation for women development in order to transform the lives of women in every rural family and improve their ease of living. 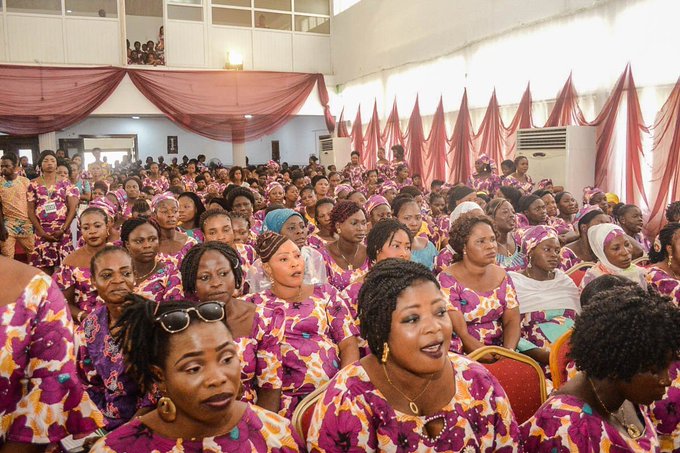 The Commissioner for Budget and Planning, Hon. Olufemi Ajayi made this assertion during a radio programme “Women Advocacy Fora” anchored by one of the Radio Stations in the State.

Hon. Ajayi, who said the Kayode Fayemi-led administration, was prioritizing women empowerment because of the high premium is placed on poverty alleviation which women will play a decisive role, assured that women empowerment training activities will commence shortly at designated Centres that will be opened to all categories of women
living in Ekiti.

Read:  A quarter of a century “Made in India”: Mercedes-Benz celebrates 25 years production in India

The Commissioner, who described the Governor as a gender-sensitive personality, commended him for recording an appreciable figure in the number of women in the House of Assembly and appointing several of them as political office holders in the administration.
Commissioner Ajayi commended the wife of the Governor, Erelu Bisi Fayemi for performing excellently well, particularly in the area of Multiple Birth Assisted programmes.

Read:  Ekiti Govt. To Return Schools To Missions By September

The Budget and Planning Commissioner, who said that a more robust Budget and Project monitoring system had now been put in place, informed that Ekiti State now operates a zero budgeting system.

Share
WhatsApp
Facebook
Twitter
Linkedin
Telegram
Email
Print
Previous articleList of Mobile Banking USSD Codes For All Banks in Nigeria and how to use them
Next articleInfrastructure Upgrade: AfDB Team Meets Fayemi In Ekiti (Photos)

Yeedi celebrates introduction of its K600 in the US on Amazon.com with an early bird discount price from February...
Read more
Brand News

After establishing its presence across four locations in Nigeria and barely a month after the Lagos Okada ban, Max.ng, the pioneering bike hailing company...
Read more
Beverages: Alcoholic & Non-Alcoholic

Tantalizers Plc has released its financial statements for the year ended December 31, 2019. The firm, which is One of leading Quick Service Restaurant...
Read more
Brand News

AB InBev, the world’s largest brewer, said it lost $170 million in profits during the first two months of 2020 because of the coronavirus...
Read more

Tantalizers Plc has released its financial statements for the year ended December 31, 2019. The firm, which is One of leading Quick Service Restaurant...
Read more